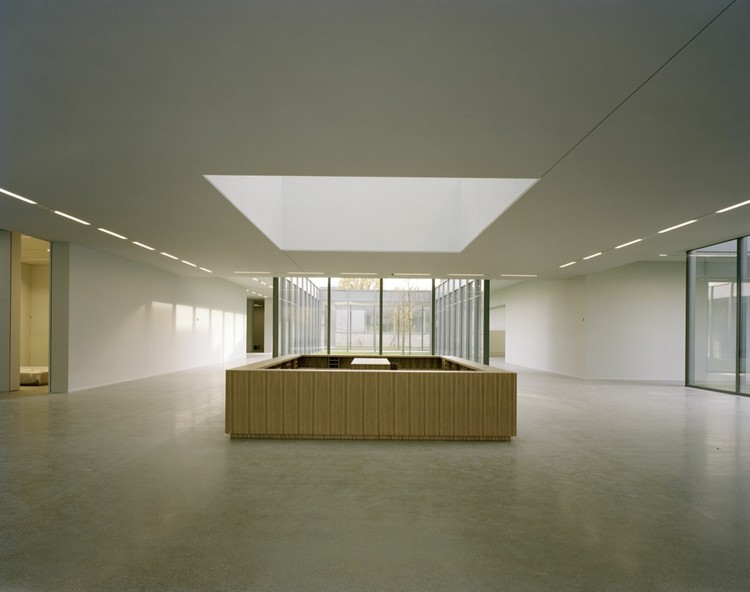 “Ruhr.2010 - European Capital of Culture” is the name of the project with which Essen and the Ruhr are confronting changing times. The “Pott”, as the area is affectionately known in Germany, is shaking off its coal-and-steel-producing past and mutating into a “new-style polycentric cultural metropolis”. A high-flying objective. But one that nevertheless appears to be achievable - certainly as long as the route is paved with milestones like the new Museum Folkwang building inaugurated at the beginning of 2010.

The source of this particular milestone is British star architect David Chipperfield, who has achieved great familiarity - not only within the architectural world - with projects such as his recent restoration of the New Museum in Berlin. His speciality: “feeling his way into” existing structures that invariably enjoy his deepest respect. He has again been able to put this speciality through its paces with the new Folkwang Museum building. The period museum built in 1960, which is now linked to the new structure by means of two glass crossovers, was the point of departure for the entire planning procedure; the extension built in 1983 and so unloved locally had to go.

Chipperfield has impressively managed to avoid placing something alien next to the original and has created a symbiotic structure between old and new. As Chipperfield himself puts it, he wanted to retain the “DNA” of the old building: simple forms. Virtually transparent walls afford views from the inside outwards. “This building is so plain and simple”, Chipperfield enthuses. And “simple” is said with the greatest of admiration. It’s the same inspired simplicity one encounters in the new building. A site measuring 25,000 square metres houses six structures set at right angles to one another to give the impression of a massive solid block. So much for the raw data.

The actual effect of the new structure, however, is breezy and inviting. There are views in and through, by analogy with the older building; light pervades the structural complex, illuminating the darkest corners of its existence. It is an architecture of pavilions and interior courtyards, translucent walls and windows. Sober elegance in a modern guise, a reductionist style of building that - far removed from the pomp and clutter of some architecture - encourages the eye to take in the essence - in this case the art on display.

A translucent, alabaster-like facade made up of rectangular panels of recycled glass changes in tone to reflect the intensity of the incident sunlight. Light-grey cast stone of a colour and texture that closely approximate to the interior flooring forms the building’s base course. A wide exterior staircase leads from Bismarckstrasse into the new entrance area, which is laid out as an open interior courtyard complete with restaurant and bookshop and is shielded from the street by means of a glass facade.

Rising up like an island from the foyer, which - like the other spatial entities - is decorated an unfussy white with ground screed floors and numerous glass wall sections, is a walnut veneer cashdesk. It’s actually possible to take in the whole building from this vantage point and to confidently make a bee-line for the art, the reading room or the library as applicable. Further facilitating patrons’ powers of orientation is the fact that, as in the original 1960s building, all spaces open to the public are on a single stepless level. The most outstanding aspect of the new building is undoubtedly the exhibition hall: a giant rectangular space with white walls and polished screed flooring above which extends a skylight structure 1,400 square metres in size, a truly illuminating delight.

The Chipperfield philosophy states that visitors should get the feeling of entering a small village. They shouldn’t lose their sense of direction once they start negotiating the network of routes within this village of Folkwang. Light and transparency accordingly have a key role to play. Over and over again the eye is drawn from the inside to buildings round about and to areas of greenery, some of which unfold behind glazed blocks as part of the building, generating a sense of diffusion both inside and out. There is a seemingly free view of the sky, restricted only by barely perceivable glass. The difference between watching the goings-on inside the building from outside or within is negligible if it weren’t for one thing - the art on display, which can’t be seen from outside. The new Museum Folkwang delivers a richly varied sequence of spaces with plenty of daylight entering the six-metre-high exhibition areas, a library plus reading room, a multifunction room and an event area. Next to the large hall for temporary exhibitions, the Museum Folkwang houses the German Poster Museum as well as the Photographic and Graphic Collections. Chipperfield refers to a “museum’s paradox”, that wish to lose oneself in the art but nevertheless keep one’s spatial sense of direction. This is only possible if all parts of the whole are perfectly coordinated. Only in this way can simplicity and withdrawal unfold within a space.

PRODUCTS IN THIS PROJECT

FSB, too, has contributed a part to the whole; with door handle sets 7215 and 7245 (product ranges 1015 and 1045) in stainless steel. These are both matter-of-fact, straightforwardly styled models. The base model for the two handles is likely to have been thought up in the 1930s. FSB designer Johannes Potente refined it into a crisp shape for the company. The 7245 variant is the return-to-the-door version of the 7215 handle model. Whether these two door handle designs can match Chipperfield’s work in terms of its “genius born of simplicity” may be subject to dispute. 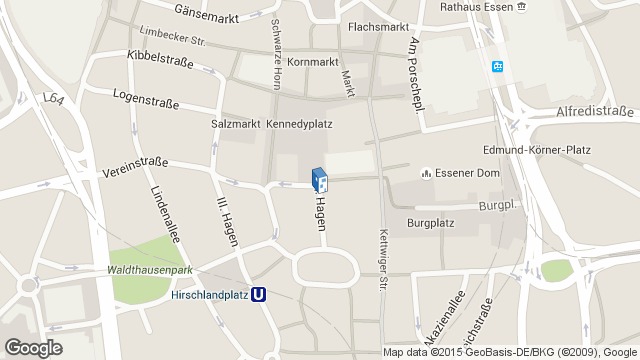 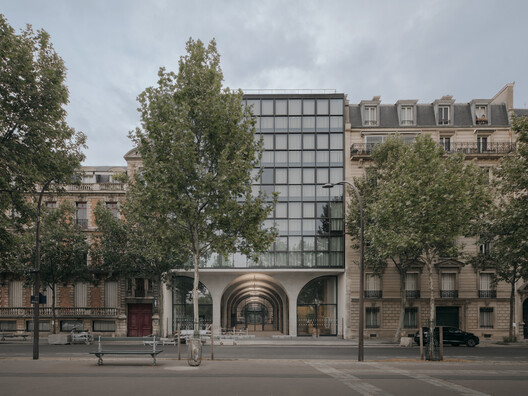