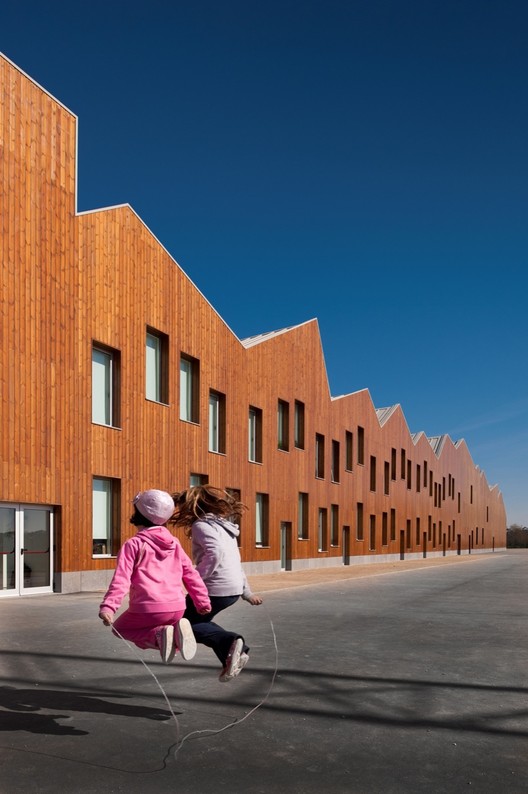 Text description provided by the architects. This is a two-storey school center, including a kindergarten and an elementary school located in Mouriz, Paredes, Portugal. It was conceived to comply with a functional program based on the needs of a fifteen classroom school center: managing flows and creating different levels of use due to different levels of autonomy within the school center - kindergarten and elementary school; common areas and sports area; linking the dynamics of each space; ranking uses and users; sharing pathways and functions.

Formally the school was defined as a longitudinal volume. The longitudinal facades are surfaces mainly sealed, only punctuated by the repetition of the same vertical opening in an apparently randomness, which at a deeper look demonstrates a careful composition instead. In opposition to the mainly enclosure of the school’s main facades, both top facades open to the surroundings through large glazed openings, polarizing the school’s longitudinality.

The two side facing pitched roof that develops along the school’s length adopts different slopes with its assumed integration in the facades, transposing an idea of movement, which combined with the openings, creates an illusion of an apparent city’s skyline. Thus the facade’s rhythmic composition is not limited to the openings domain, but extends itself equally to the roof, affecting the volumetric form, which in a sense, accentuates the distinct value of the formal design of this school, and also gives us to the idea of playfulness, an intrinsic value to majority of the school's users.

The school’s formal features also have their outcome on the school’s inner spatiality. The characterization of the interior space and athmosphere reflects the rhythmic composition of the openings as well as the roof’s slopes variables, allowing different interior-exterior perspectives and relations, and especially different physical and sensorial experiences in each space, whether in classrooms or in corridors. The exterior coating material in modified wood widely used gives an unique and continuous skin dimension to the school building, ensuring an aesthetic quality and an architectural uniqueness.

Regarding to the interior, it should be emphasized the predominance of characterizing elements as a recurrent theme, like the vinylic pavement, the suspended lighting, the white lacquered MDF cabinets and doors, which guarantee a bright and neat learning space, in which the childrean’s interaction and synergy with the space are highlighted. This school centre is a spatial solution with a strong sense of integration. It transmits an aesthetic sense of global connection and care given by the drawing composition, though printing simultaneously a contemporary expression. 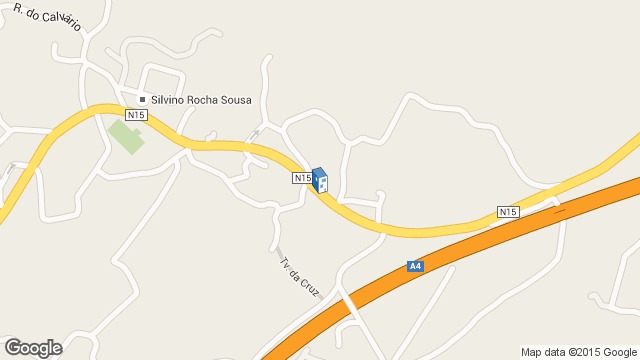