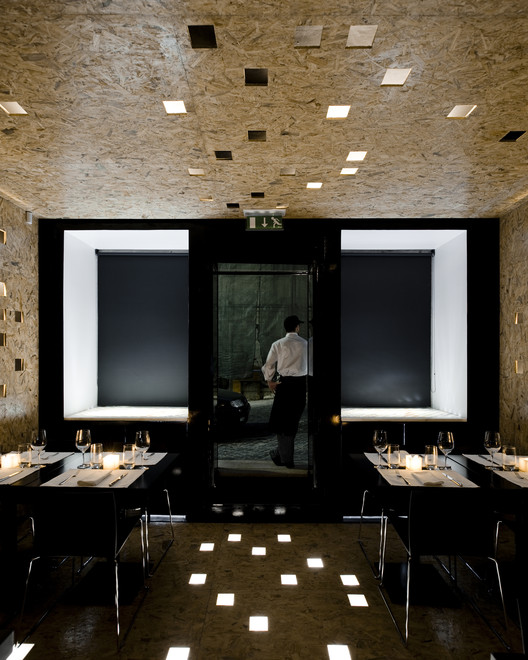 Text description provided by the architects. The restaurant is placed on the ground-floor of an old building in bairro alto, lisbon's city centre. By hosting different commercial uses, it suffered some changes in order to respond to different functionalities throughout the 20th century. Its last known use was an internet café and tea house, both functioning at the same time. Since the program was to design a restaurant, our intervention estimated a new interior reorganization.

The space itself is divided in two separate parts - the 1st corresponds to the two dining-rooms and the 2nd one to all the services inherit to its well function. The entrance is made by two separate doors, each one of it sided by two huge windows. The original façade was partially recovered but totally kept.

Although each one of the rooms has a separate entrance, and besides the apparently separation caused by the central volume that corresponds to the access and staircase to the house building above (underneath who the storage is placed), they both work as one single spatial area. The unity of the two spaces is given by the wooden material (osb) that fully coats the space (floor, walls and ceiling) in both rooms with a height of 2,85m. Some square holes were here and there made in this wooden coating in order to illuminate the space by showing the light that is placed behind.

The separation between the eating area and the services area is made by a Portuguese black tile wall, which marks the change in materials and draws the line to where the kitchen, bar and toilets are. This wall doesn't touch the perimeter in both ends in order to be read as a volume and at the same time creating two entrances - to the bar on the left and to the toilets on the right. There's an extra re-entrance in the same material which leads to the kitchen. 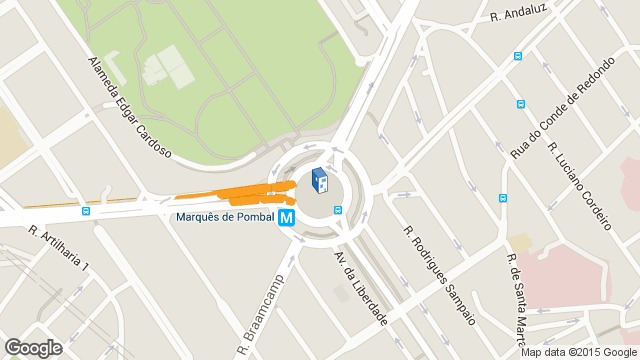