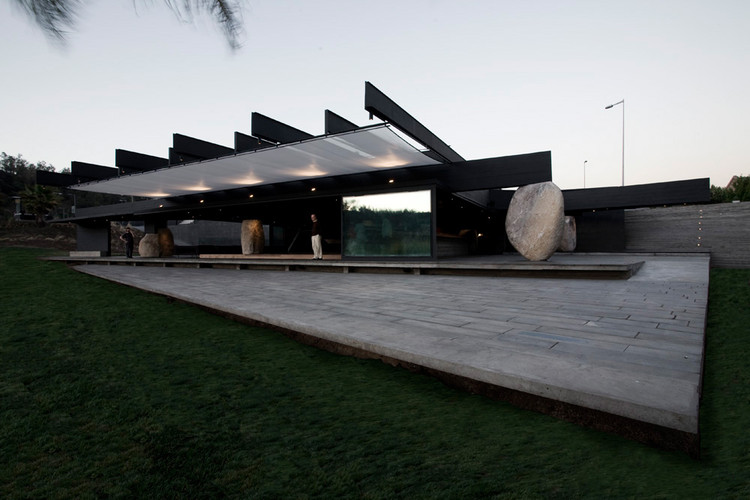 Text description provided by the architects. This Project won a public competition convoked by the Municipality of Vitacura in Santiago in 2005 for a restaurant in Las Américas Park. The restaurant is sited at the northeast end of the park - a work by architect TeodoroFernández that is still under construction - and occupies a corner opposite some extraordinary water gardens stuck between a lookout hill and the pavement skirting the Bicentenario Avenue.

The first scheme for the competition consisted of constructing a built artifact with bits of imagery taken literally from other places. Hence, in the trial model there appeared a kid's rubber ring, which would be the ceiling, made of an inflated PVC-lined polyester membrane, of the salon, along with lattices of the kind used for industrial watering as a perimetral support for said ceiling and a number of big lumps of granite transported from the quarry to the site. One was thus trying to generate an atmosphere with regard to an interpretation of the particular physical weight and density of each element. The aim was to create a strange sort of pavilion, a folly like those seemingly improvised ones in old parks: the Chinese pavilion, or the Japanese or the Greek, the birdhouse, and so on.

Although it was accepted by the client, this version never got made because it was thought the Municipality wouldn't accept such an ephemeral artifact. It was decided, therefore, to change the weight and the imagery without changing the initial concept of estrangement: black reinforced-concrete beams joined to decks of the same material were set in place; these formed a "false" ceiling of the enclosure. Descending from the beams are supports that in strategic places fit with the lumps of granite of various sizes, heights and weights (as much as ten tons). Fortunately, the new model is much indebted to the early pavilions of SverreFehn and I would venture to say that it envolves the same design system as the one JosepQetglas detects in Berthold Lubetkin´s Highpoint II housing in London, except that in Chile the caryatids have been replaced by lumps of granite from the mountains: "This bringing together of things of a formally divergent origin is a common procedure in Liubetkin. In Highpoint II, the daring, thin slab of a concrete canopy was supported by two statues, reproductions of the caryatids of the Erechtheum.

Lubetkin explained this by recognizing that any kinds of support for the concrete slab was considered a loss, compared to the formal capability of the slab to suggest a tense cantilever without supports. One way to render the support invisible was to dissolve it optically among the garden elements, seen through the canopy and next to it. In gardens one can find statues. The caryatids are part of th garden, like the bushes or the flowerbeds and only by chance coincide with the canopy and fit under it. Their politeness doesn't let them be aware of the contact, and our gaze knows how to distinguish the different pieces: some of these face the garden and other face the building". (Qetglas, Josep, "Lenin´s gaze", in WAM , 4). 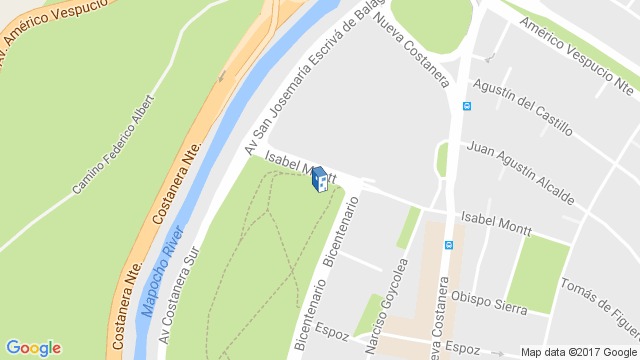