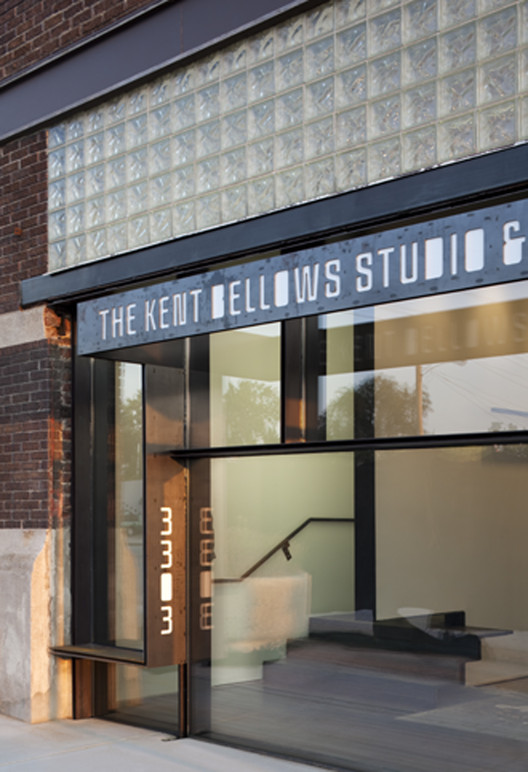 Text description provided by the architects. Artist Kent Bellows left a legacy of artwork behind after his early death in 2005. The Kent Bellows Studio and Center for Visual Arts protects his memory and creates opportunities for his work to be inspiration for generations to come. Randy Brown Architects has adapted Bellows’ former studio into a place to respect his memory, and to continue his legacy through future generations of Omaha artists.

Kent Bellows was a realist artist and Nebraska native. His work showed in galleries and museums across the country, but he stayed close to home, residing and working in Omaha, Nebraska until his death. His studio and building have been transformed by Randy Brown Architects into a museum and center for the metro art community to continue his history of generosity.

Many aspects of Bellows’ studio remain how he left them, while other spaces were rethought for use by the Center. Randy Brown Architects renovated the building facade and redesigned the interior galleries, circulation and work spaces, but left the South Studio as is. It has become a museum dedicated to preserving Bellows’ memory, and his creative space exactly as he left it.

Other spaces, such as the North Studio, were re-imagined to serve the community. What was once a place where Bellows made large sets and backdrops, today it has been renovated to serve as a multi-purpose area for students to work with plenty of space, and for special projects, exhibits, and lectures.

Randy Brown Architects also renovated the building with a new glass and steel façade, a steel staircase, ADA bathrooms, and a library space for Bellows large book collection. The center hopes to continue renovations to the second floor, but are awaiting further funding.

The project was made more affordable with the help of WORKSHOP, a design / build summer internship program for architecture students through Randy Brown. Students were able to aid in the design and construction of the Kent Bellows Studio and Center for Visual Arts and keep costs down.

The building has been transformed into a positive space for the Omaha art community. It is a place to both remember Bellows, and his create new memories. Randy Brown Architects renovated the space with respect for Bellows’ creativity and influence, but with a nod to the future, and those who use the building today. 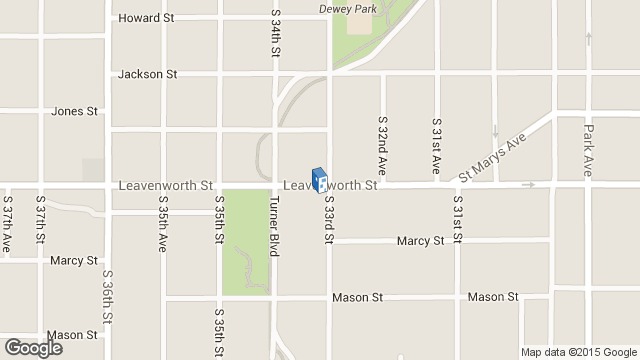