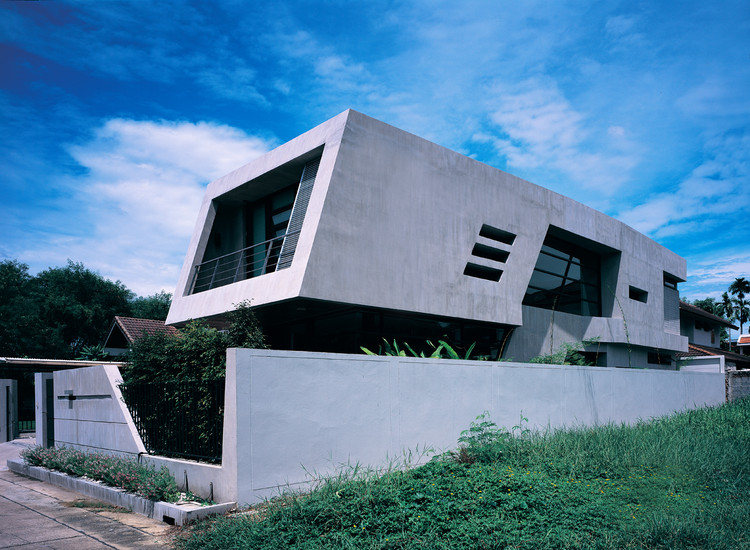 Text description provided by the architects. The design of the house’s program was initiated when Dr. Sasatra Sudsawasd, the owner, who decided to collaborate with the team of architects from VaSLab, led by Vasu Virajsilp, Boonlert Deeyuen and Nattapon Songcharoen. Together, they created a state of equilibrium among different relevant issues, which are eventually reconciled into ‘Equilibrium House’. When they received the task of designing the house from the owner, a professor of economics who has a great interest in architecture, the team of architects had to carefully control the direction of the design to find the right amount of balance between functions and other relevant contexts before bringing everything gradually together under the word ‘Equilibrium’.

The meaning of ‘Equilibrium’ is the core idea of the design, while the interpretation of such an abstract notion into something tangible had to be done under the concept of modern economy. The result is used as the tool to answer all the important questions: ‘where’ refers to the context of the house, which is a very important factor for the design, ‘when’ involves the limitation of time and, finally, the ‘state of nature’, which deals mostly with nature, mainly considering the nature of architecture in Thailand both in terms of the climate and construction budget. When the 3 things were properly combined the next step of the design aimed to transform all the abstract ideas into concrete reality on the actual piece of land. Initiating the design process using a metaphorical approach has always been VaSlab’s style of working. We can see examples from the works done in the early days of the firm such as Transverse/Convergence house, in which the architects utilized metaphorical interpretation of how three different paths are unified into one. Metaphor is brought into the picture once again with Equilibrium House underlining what Vasu once said about his concept for a house, “I have a strong belief in the principal of metaphor, because it’s the clearest approach for you to get something tangible out of an idea. If you’re talking about something, make it visible, and that is all there is to it. The ‘what’ and the ‘how’ can always be discussed later.”

When the architects were done interpreting the chosen ideas the next process involved issues related to the site, which is a key factor that helped put the house into shape. The land is rather deep and narrow, so the narrow side of the land facing the street helps create a vertical axis that lies along the overall shape of the land. The sub axis also has to be placed in consideration for it is the axis that connects the new house to the original house located on the south of the land. It also joins the entrance and brings in the garden space at the side of the house to interact with the interior space.

After careful analysis the result is an ‘L’ shaped axis, followed by the process of space allocation in which the private areas of the house are put in parallel with the vertical axis, while the service area is located in the shorter horizontal axis. Functions are added to create the final form and space of the house. The sub axis of the original house from the south side of the land is united with the space under the open wall, which is the com-position the architects intentionally designed in order to connect the whole space of the house together. The lofty 2-storey space embraces the exterior perspective from both northern and southern directions, while an airy, steel staircase is used to create a transitional space that blends the semi-public and the private spaces into one. The sub axis of the court at the south enhances the unification between the exterior and interior spaces distinctively and harmoniously.

People who are familiar with VaSLab’s past works will notice that besides the spectacular space allocation, striking looking concrete mass, and thoughtful backgrounds and concepts, the team has manifested their development in terms of the scale of the work. Judging by what we see and feel, the house looks friendlier – either due to its form, the compositions or all the visible lines. We think it is a result of the different interpretations of the architects who have altered and adapted according to the different context, time, and the owner’s requirements and preferences.

Although it seems like concrete has become the official language VaSLab uses to create their own version of architectural literature, there are certain questions and remarks about the harsh and rigid characteristic of the material itself. But, after all the architectural developments in concrete that we have seen, they are the living proof of its immortality. From the last century up until present time that sees the birth of Equilibrium House, the use of concrete is a true indication of the belief that it is the most adaptable material as compared to other materials ever created. This is probably why concrete is such a timeless survivor that many of us are so passionately fond of. 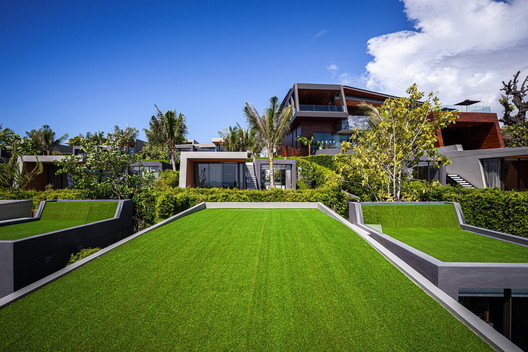