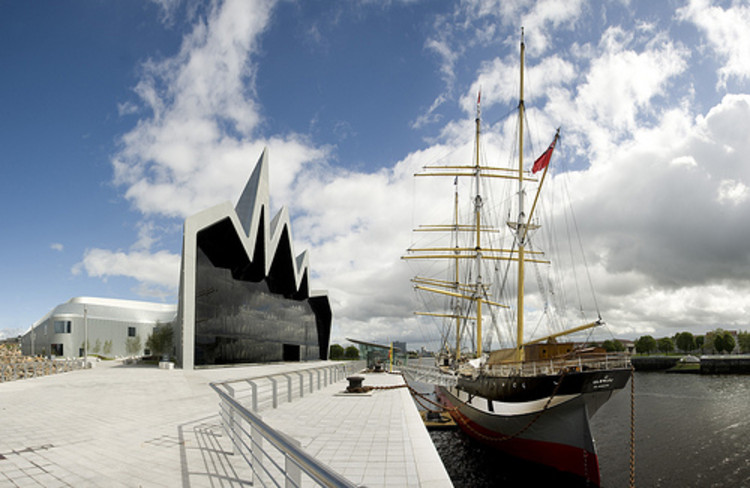 Text description provided by the architects. Here is the first look at Zaha Hadid Architects latest project, Glasgow Riverside Museum of Transport. Slated to officially open later this week the museum in Glasgow, Scotland has 7,000 sqm of exhibition area and also includes cafe, retail and education spaces within its program. Following the break are more photographs and description.

The concept for the building as described by the architects:

The historical development of the Clyde and the city is a unique legacy; with the site situated where the Kelvin flows into the Clyde the building can flow from the city to the river. In doing so it can symbolise a dynamic relationship where the museum is the voice of both, linking the two sides and allowing the museum to be the transition from one to the other. By doing so the museum places itself in the very context of its origin and encourages connectivity between its exhibits and their wider context.

The building would be a tunnel-like shed, which is open at opposite ends to the city and the Clyde. In doing so it becomes porous to its context on either side. However, the connection from one to the other is where the building diverts to create a journey away from the external context into the world of the exhibits. Here the interior path becomes a mediator between the city and the river which can either be hermetic or porous depending on the exhibition layout. Thus the museum positions itself symbolically and functionally as open and fluid with its engagement of context and content. 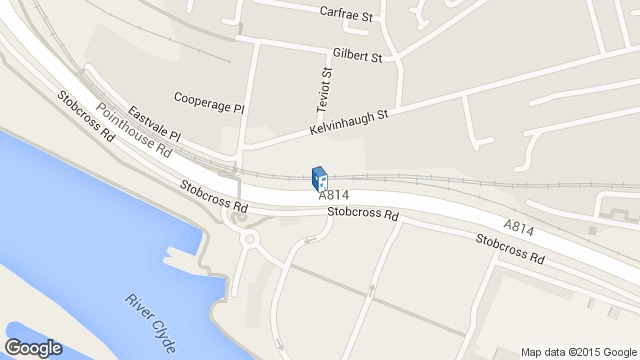