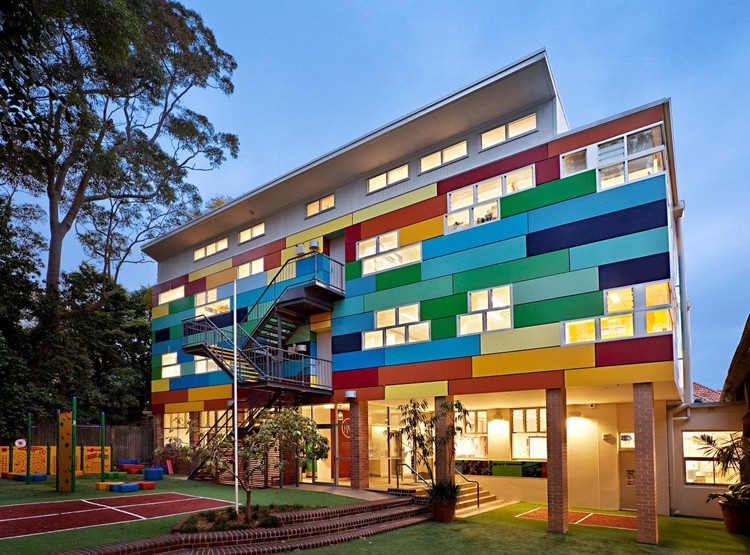 A number options for expansion of the school building and playgrounds were considered well before the advent of the BER program, including options to purchase adjoining parcels of land; reconfiguration of areas and uses within the current curtilage amongst others. It was resolved to increase the bulk on the upper levels within the ‘L’ shaped footprint to accommodate additional classrooms, library, music room and ancillary facilities. Other core elements of the brief included accessibility (provision of lift) and refurbished ground floor including lobby and main entry.

The aims and objectives of the design brief included needs to ameliorate and enrich the school environment primarily for the children that inhabit the space; to adaptively reuse the school building while having minimal or no impact on the heritage significance of the Church and hall complex and its setting, bringing together a history of renovations into a cohesive aesthetic. The adapted building should respect and retain the heritage significance of the group while adding a contemporary layer that provides value for the future.

Environmentally there have been many benefits to retention of the original building and its embodied energy, including reduced scope for demolition, recycling of building materials amongst other lifecycle benefits. A critical goal of the development was modernisation of the 1960’s building to allow improved safety standards, leading technology including teaching aids and energy efficient measures amongst many others. Consideration was given to the indoor environment including temperature, humidity, air quality, lighting and noise levels.

St Johns Uniting Church Group is listed in the State heritage register (no.01670). “As a group, and individually, the buildings are of exceptional aesthetic significance. They are well proportioned, refined in detail and the work is well crafted” . The manse built c1898 in federation style (design by Charles Slatyer of Slatyre & Cosh Architects, (source: NBRS&P) predates the church and hall complex which was built in stages during the c1920’s by the eminent architect John Sheddan Adam of Sulman, Power and Adam and has retained a high level of integrity.

The School building designed by Laurie & Heath Architects was built during the c1950’s- c1960’s and stands in stark contrast to church and halls in style and detail. It has been altered on many occasions over the years becoming less significant in the group.

The windows of the church were designed by the well-known glass artist Norman Carter (1875-1963). The selection of building colours were informed and inspired by the two main characteristics taken from a specific window. This included the margin and then the story inside the border including yellows, orange, reds, greens and blues. Following consultation with NBRS+Partners and the direct involvement of the Heritage Council of NSW they were then reconfigured to provide a bright, happy and engaging building providing a contemporary reflection of a traditional art form. 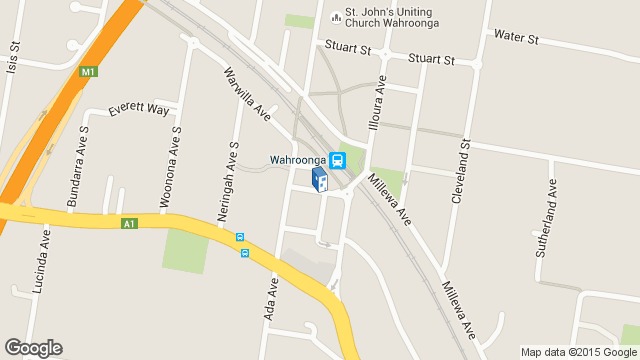