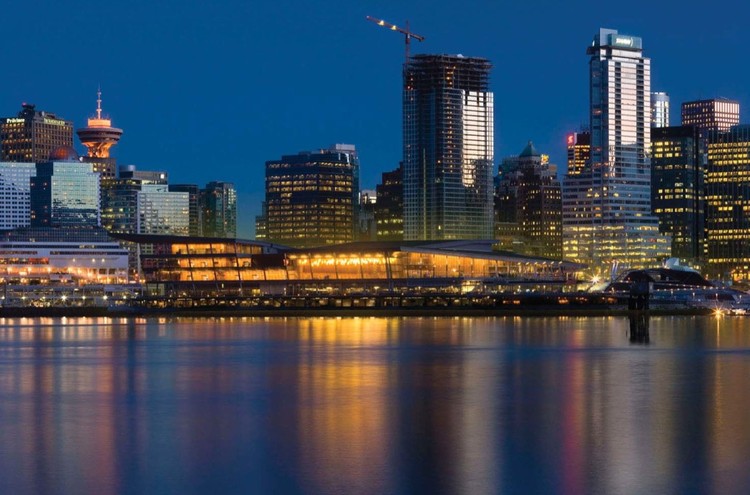 Text description provided by the architects. Situated on Vancouver’s waterfront with spectacular views of mountains, ocean, and parks, the Vancouver Convention Centre West is designed to bring together the natural ecology, vibrant local culture, and built environment, accentuating their interrelationships through the architecture. Opened in April 2009, the Convention Centre West expansion facility triples the total square footage and functional capacity as well as completes the development of the public realm on the waterfront.

Seattle-based LMN, in collaboration with Vancouver-based Musson Cattell Mackey Partnership and DA Architects & Planners, designed the Vancouver Convention Centre West as a compelling vision of what a civic building can be—a celebration of people and place and a model of sustainability. The project achieved LEED® Canada Platinum certification, the first convention center to gain such recognition in the world, and recently received a COTE 2011 Top Ten Green Project Award.

In 2010, the Vancouver Convention Centre West will serve as the international broadcast and media center for the XXI Olympic & Paralympic Winter Games. Housing the more than 7,000 media who will be broadcasting live to millions of viewers across the globe, the new facility will be a powerful visual ambassador of the Pacific Northwest region’s commitment to sustainability.

“It is an honor to be recognized at the national level by what many consider to be the top award program for sustainable design excellence,” notes LMN Design Partner Mark Reddington, FAIA. “The Vancouver community’s commitment to sustainability allowed us to develop a rich and diverse integration of the building program, natural ecology, local culture and urban context, and weave them together into a unified vision of sustainability.”

The central design challenge was to create and integrate a 22-acre development program at the intersection of the urban realm and the shoreline and marine habitat. The design approach creates a community experience that is simultaneously a building, an urban place, and an ecosystem.

Noted as the world’s first LEED® Platinum convention center, The VCCW was recognized for its leading design strategies resulting in significant improvements to the greater community and sustainable elements such as:

• A six-acre living roof that is the largest in Canada. Hosting some 400,000 native plants and grasses as well as 240,000 bees, the green roof acts as an insulator to mediate the exterior air temperature, contributes to the building’s stormwater utilization, and integrates with the waterfront landscape ecosystem. Honey produced by the bees is used in the centre’s kitchen.

• Design strategies that achieve a 73% reduction in potable water consumption by low-volume flush and flow fixtures and zero potable water use for irrigation due to an onsite wastewater treatment plant that treats 100% of the greywater and blackwater.

• With an ultra-clear structural glass skin on all sides, extensive daylight and views set up an extroverted, community-friendly relationship with the life of the city and the waterfront and maximize the use of natural daylight in the building’s public spaces.

• Radiant flooring is used in the bulk of the program spaces, creating superior air circulation without significant energy use. Prefunction areas benefit from an advanced system of air diffusers, interlaced in an air swirl pattern above the ceiling members. The west facade of the building also includes operable windows and doors with dampers at the roof soffit, allowing natural ventilation under appropriate conditions. 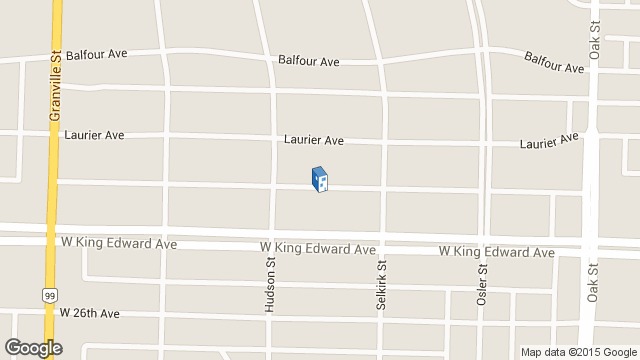