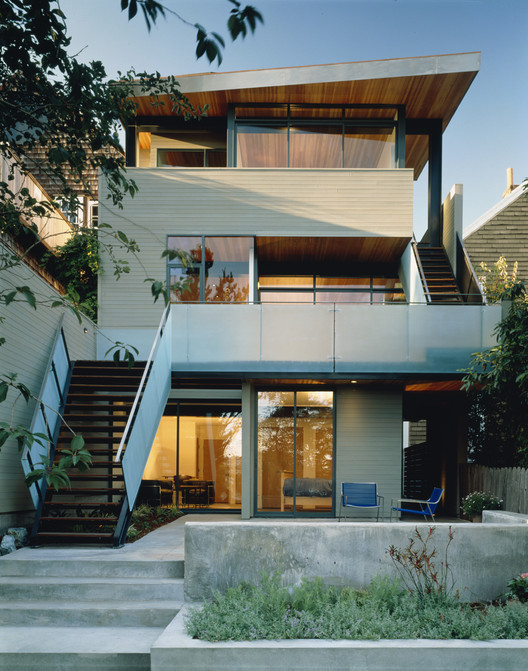 To create transparency at the rear of the house, Terry & Terry Architecture used a three-story, steel moment frame. This allowed them to use glass as a membrane, blurring the distinction between the inner volumes of the house and the outdoor deck spaces. The moment frame also gave them greater freedom to manipulate the various volumes of the house. At each level, these volumes straddle the steel moment frame, and through their positioning, they provide shade and privacy to other indoor and outdoor spaces. Finally, Terry & Terry Architecture inserted a large patio on the ground level that connects with the garden area.