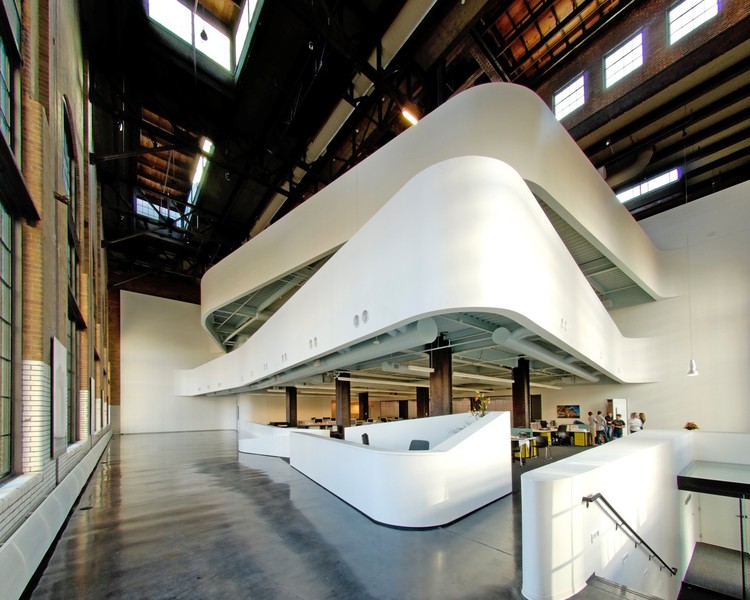 Text description provided by the architects. After standing vacant for nearly 30 years, the St. Louis Municipal Power House building at 1100 Clark Avenue in downtown St. Louis, opened as the new offices of Cannon Design in September 2008. In 2007, the firm purchased the 19,000 sqf building and provided all design, development, and construction management services for its restoration, renovation and adaptive reuse—an investment that represents the firm’s confidence in the future of the city of St. Louis.

Constructed in 1928, the Power House was an original part of the Municipal Service Building complex that still occupies an entire block of downtown St. Louis—providing parking space for city vehicles, a fire department and an electric substation. The Power House component of the complex, designated as a landmark by the National Historic Register, provided coal-fired steam heat to a dozen downtown buildings but was decommissioned by the City in 1980.

Although the building’s exterior shell and original structural steel were fundamentally sound, reuse for a large, thriving design-focused architecture and engineering practice required a creative spatial solution that exploited the building’s massive volume in spite of its relatively small footprint. It also offered the opportunity to rethink the implications of the physical office environment on the practice at a time of significant change in the profession at large and for the regional office specifically—projects of ever-increasing scale, new models of project delivery, and new technologies.

Every component of the building’s interior is new and designed to current life-safety codes and LEED Silver standards. It received a LEED Gold rating in 2009. The building’s “revival style” exterior, featuring tall, arched windows on three street facades and fine terra cotta detailing, has been fully restored. New floors added within the building’s massive volume accommodate continuing growth, with mezzanines preserving the arched windows on the north and east elevations and providing gallery and exhibit space for use by the firm and the larger community.

The revamped Power House features a three-story gallery formed by constructing two partial levels that, combined with the existing two floors and rooftop penthouse, create a total of 32,000 sqf of office and conference space designed to facilitate Cannon Design’s highly collaborative, team-oriented work approach. The new floors are set back from the building’s spectacular windows to maintain the building’s sense of transparency and volume and to create gallery space for the community as well as for corporate functions. The interior, essentially an empty shell, was completely rehabilitated, with installation of HVAC, plumbing, and electrical infrastructure. External modifications include historically accurate replacement of windows in their original masonry openings and creation of a 3,500 sqf urban garden. 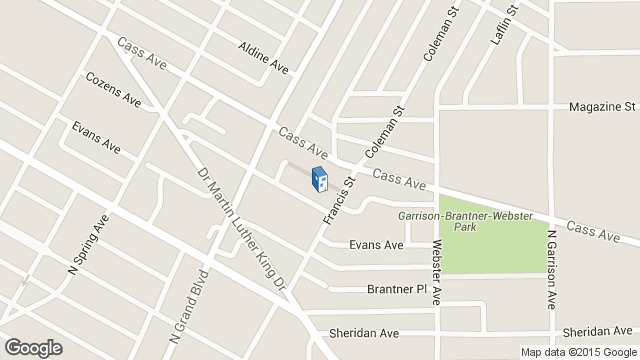