With peaks and valleys echoing the nearby Alps, the vast canopy of the Munich Olympic Stadium has been a local landmark since the opening of the 1972 Olympics for which it was designed. Intended to present a new face for post-war Germany, the stadium—strikingly Modernist in character—was meant to stand in harmony with its surroundings. Despite these modest intentions, however, controversy surrounded the project from its outset, which centered on skyrocketing costs, the erosion of local heritage, and the grim specter of the country’s own recent past.

The decision to hold the 1972 Summer Olympic Games in Munich held considerable political significance for the republic of West Germany. The international spectacle of the Games was one of the nation’s best chances to build a new image for itself.. The fact that the 1936 Olympics at Berlin had been a showcase for the Nazi regime gave the organizers of the Munich games even greater impetus to demonstrate that Germany had consigned that particular era to the past. As a result, and in contrast to the monumental facilities at Berlin, the Olympic site at Munich was to be more modest and subdued.[1]

It was this spirit which characterized the scheme by Behnisch and Partners (B+P), the Stuttgart firm which prevailed in the contest to design the facilities for the Olympics. Seeking to avoid the inherent monumentality of individual structures, their proposal was to gather the various venues and accessory functions close enough together to be united by a common structural element. The concept for the stadium itself was derived from the ‘earth stadiums’ commonly built in Eastern Europe since the end of the First World War: taking advantage of the existing topography, space for the field and seating for 90,000 spectators would be carved out of the ground instead of built above it. It was as much a symbolic choice as a practical one, as a stadium set into the earth would not present visitors with an imposing edifice, but blend more subtly into the ideal Bavarian landscape being created on the rest of the site.[2]

While the sunken arenas were developed by B+P, the firm turned to designer Frei Otto for the element which would tie the entire complex together. Otto had spent a decade studying the enclosure of space under suspended roofs, gaining particular attention for his contribution to the German pavilion at Expo ‘67 in Montréal. Working together with B+P, Otto helped to devise a scheme for tensile roofs of steel cable and acrylic panels, stretching over the Olympic site like a massive, segmented tent. The translucent canopy was designed to shelter the athletes and spectators without obscuring lines of sight or casting uneven shadows that would impede upon televised footage of the Games.[3]

Even though B+P’s concept had been awarded first place, it was not without staunch resistance. Multiple organizations in and around Munich stood opposed to the encroachment of Modernist architecture, spurring debate which proceeded throughout the 1960s. With these conservative influences at play, B+P had felt it unlikely that their submission stood much chance to win the competition. However, both the Mayor of Munich and the jury chair, Egon Eiermann, stood by the proposal, shielding it from early elimination. Even after the competition ended, however, opponents of the design took each opportunity possible to stymie progress. Tensions came to a head in 1967 when B+P threatened to sue the Olympia Baugesellschaft which, acting on a report by two local professors that deemed the tensile roof system unfeasible, had asked the third-place contestants to devise an alternate canopy scheme. Even after this snarl was settled out of court, the communal planning bureaucracy launched its own campaign against the stadium by delaying each successive permit as long as it could.[4]

Local resistance may have delayed completion of the stadium, but it did not stop it. 436 kilometers (271 miles) of steel cables were strung between fifty-eight cast steel pylons, supporting a sinuous canopy composed of eight thousand Plexiglass panels. The enormous structure ultimately covered almost 75,000 square meters (807,293 square feet), making it the most ambitious construction project West Germany had ever seen. It was an impressive technical feat, but one which left Frei Otto disenchanted and even bitter. As a strict functionalist, Otto was never pleased with the symbolic nature of the project. The use of Plexiglass for the canopy went beyond the normal light membranes Otto worked with, a factor which grated against his vision of a temporary structure and caused the budget for the project to rise dramatically.[5]

While Otto’s vision of a light, cost-efficient structure did not come to pass, site planning succeeded in achieving Behnisch’s goal to distance the new Olympic Park from its fascist predecessor. With its clear axes and bold Neoclassical buildings, Werner March’s design for the 1936 Berlin Olympics was an architectural boast, proclaiming the power of the Third Reich through its visual domination of its surroundings. In contrast, Munich’s stadium stood equal with—even subordinate to—an environment of hills, streams, and small lakes. Colors such as red, gold, and purple were also deemed suggestive of dictatorship and therefore eschewed in favor of the natural blues and greens of the Bavarian countryside – ironically paying respect to the local heritage the design was accused of disregarding altogether.[6]

Tragedy ultimately overshadowed architectural splendor and West German democracy when Palestinian terrorists took nine members of the Israeli team hostage. The ensuing rescue attempt ended disastrously, casting a pall over the remainder of the event and setting new security standards for subsequent Olympic Games.[7] Despite these unfortunate events, the work of B+P and Frei Otto has become a celebrated landmark in a city which once reviled it. The stadium still stands, its innovative canopy slated to undergo a renovation costing over 100million EUR (approximately 118million USD), having survived public outcry and its own designer’s frustrated intentions to become a lasting monument for the people of modern Germany.[8] 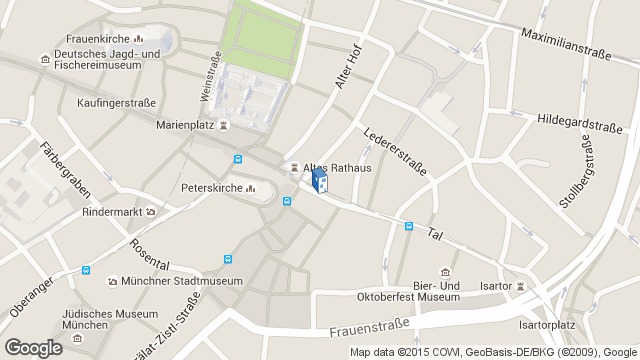