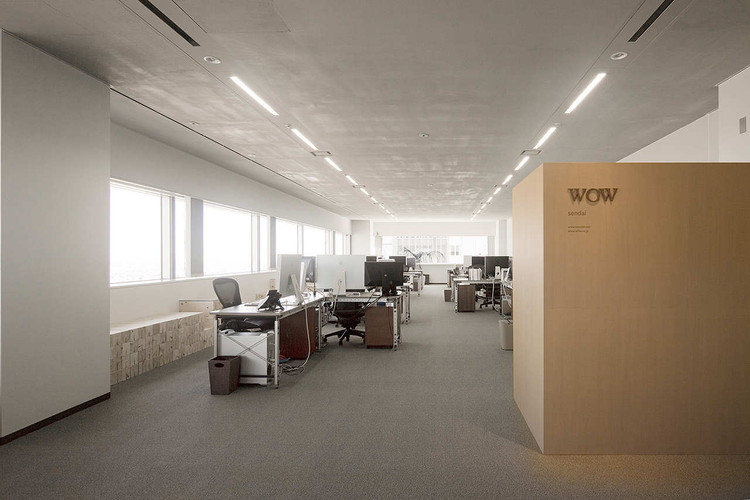 Text description provided by the architects. An office refurbishment for WOW, which is a visual design studio based in Tokyo, Sendai and Florence. The office is slender and located in the office building in front of Sendai Station. It also commands a panoramic view of the City and comparatively large for its staff’s number. We attempted to place as few partitions as possible, which can make the workers and visitors enjoy the beautiful panoramic view, to show WOW’s multidisciplinary and freedom from the existing categorisation.

The working space is loosely divided into four sections according to the professions with no clear boundary. However, instead, it is attempted that all the personal spaces have enough distance in-between and each gaze would not be met so that they can concentrate on working even though the space is not isolated.

Cut timbers are piled by the windows, with which people can flexibly compose what they want. They are supposed to be used as a bench, a desk and so on. The communication in the “free” space would not be such a formal meeting but a beneficial chat, which must be more fit for the feeling and situations at the moment.

The reason why we just piled cut timbers instead of complete furniture is that the workers can participate in the spatial design even during their use if the space is incomplete. Moreover, the redundancy and incompleteness can indicate their challenging way of working. The blank space at the entrance is expected to be used for the examinations of their installation work. It is, therefore, covered with artificial turf so that people can sit on the floor. 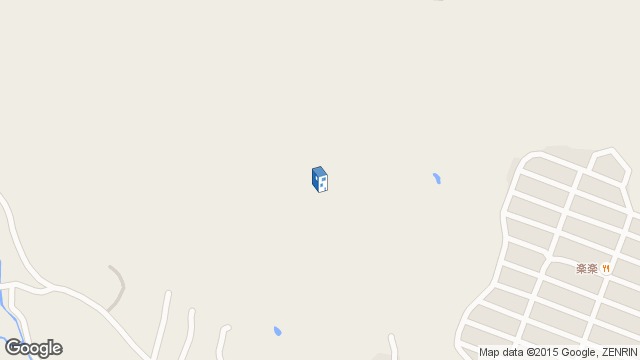