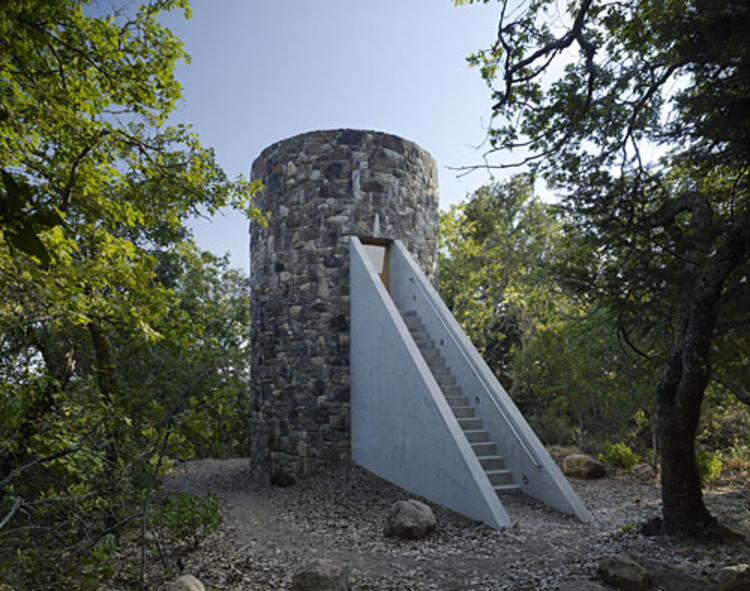 Text description provided by the architects. This project was born of a collaboration with the visual artist James Turrell to create a cylindrical skyspace on a hilltop site at a historic winery in Sonoma, California. The skyspace is an enclosed room which balances natural light from an oculus with a hidden source of artificial light. The constantly changing light and spatial effects challenge the viewer's familiarity with the mechanisms of perception, creating a heightened awareness of the act of seeing.

The skyspace is 18' in diameter by 35' high, and accommodates twenty people. It incorporates an existing watertower on the lower level and is nestled in a hilltop stand of trees overlooking the Sonoma valley. The elevation of the skyspace to the second story was necessary to bring the oculus above the existing tree canopy, preserving a clear view of the sky while permitting close proximity to the adjacent old-growth oaks and madrones. The tower is clad with Sonoma fieldstone from the vineyard and references the historic construction of the winery, the oldest Pinot Noir vineyard in America. The stonemason who set each lichen-covered stone single-handedly worked on the tower for five continuous months.

The skyspace is sited such that it is not immediately perceptible from the distance as an object, but rather as a timeless, enigmatic structure that might be accidentally encountered – half man-made, half natural, integrated into the lightly wooded landscape. It is reached by a winding path from a clearing, and a steep ascent up its crisply abstract cast-concrete stairs. The detailing of the tower, both exterior and interior, was guided by a desire to minimize the evidence of construction and typical cues of human scale. The proportions within the space – the oculus and room diameter, ceiling, bench, and door height – are all guided by the necessary workings of the skyspace as a precise optical device.

The curved teak benches at the perimeter of the skyspace were fabricated by a boat-builder, and house a ring of programmable L.E.D. lights in a hidden trough. During the transition from twilight to full night, the lights are programmed to change in intensity as they wash the underside of the canopy, creating a changing perception of sky as space, form, object and void. A high-point of the show occurs at equiluminance, when the brightness of the sky matches that of the ceiling. A different sequence is programmed to reward those who arrive to witness the dawn. 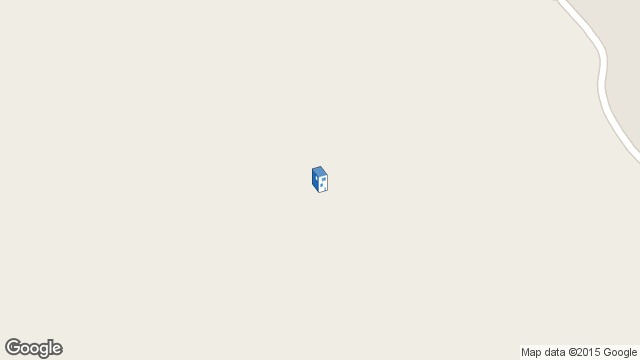 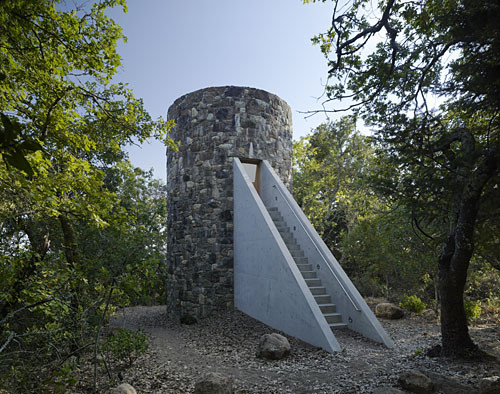