Site: The Latest Architecture and News

“The Point is to Attack Architecture!“: In conversation with James Wines of SITE

As the founder of SITE (Sculpture in the Environment), an architecture firm most widely-known for its seminal series of buildings for the BEST discount-store chain in the 1970s, James Wines (b. 1932, Oak Park, Illinois), originally an artist, introduced his unique approach of practicing architecture as a form of cultural criticism. It struck a chord by delighting the public and infuriating many architects and critics for corrupting architecture with his witty ideas. His buildings were among the first to engage nature head-on, both for pure delight and to raise environmental issues.

THIS IS PHOENIX: uncover | highlight | reveal | the essence of phoenix

THIS IS PHOENIX
uncover | highlight | reveal | the essence of phoenix

"A man travels the world over in search of what he needs and returns home to find it." - George Moore

While we may not always see it for ourselves, each PLACE has the potential to inspire great possibilities.

Interview with James Wines: "The Point is to Attack Architecture!"

As the founder of SITE, an architecture firm most widely-known for their seminal series of stores for BEST in the 1970s, James Wines has become something of an anomaly in the field of architecture: originally an artist, his approach of creating architecture as a form of cultural criticism struck a chord almost universally, delighting critics and the public alike. In this interview, the latest in Vladimir Belogolovsky's “City of Ideas” column, Wines explains the ideas behind those early designs and how his subsequent works have continued that thread of ideas. 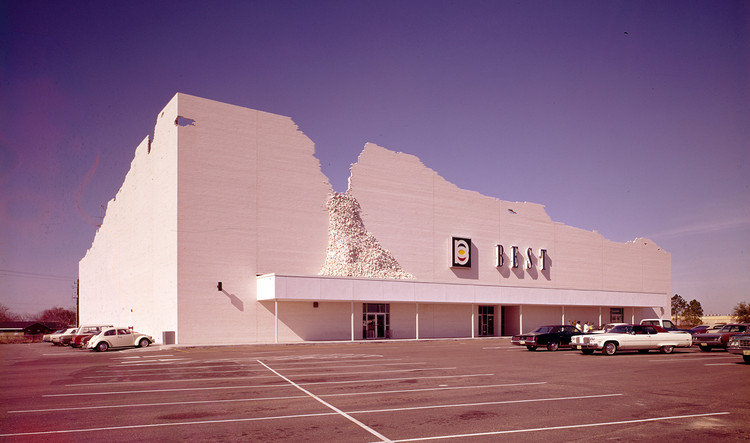 When Art, Architecture and Commerce Collided: The BEST Products Showrooms by SITE

According to one survey, images of the BEST Products Showroom in Houston, Texas, designed by SITE (Sculpture in the Environment), appeared in more books on 20th-century architecture than any other building. The intentionally crumbling brick at that Houston store, known as “Indeterminate Façade,” and the eight other showrooms SITE designed, were simultaneously iconic and controversial, and most importantly for BEST, they brought in customers. Although SITE-founder James Wines never considered himself a Postmodernist architect, his designs for BEST, completed between 1972 and 1984, steeped in whimsical social commentary, came to symbolize the essence of Postmodernism. Today, all but one of the BEST showrooms have been demolished or altered beyond recognition, but they set a lasting precedent, and continue to influence the use of architecture in corporate branding today.