RTA-Office has released its first-prize winning proposal for the Wuhu Urban Planning Exhibition, Office, and Archive. The design stems from the idea of an “urban cultural container,” holding both knowledge and space, and extracts its sculptural form from the surrounding mountainous landscape.

Pushing for the Exhibition Hall to be a recognizable landmark, the design is largely driven by its surrounding context. The building as a whole derives its shape from the rocky faces of the nearby Yashan Mountain, giving it a strong sense of place. Similarly, the structure is divided into three distinct sections all grounded by a central public space, each informed by the same rocky inspiration. The cracks in the rocks’ surfaces are mirrored in the irregular entrances and windows carved into the building’s volumes. 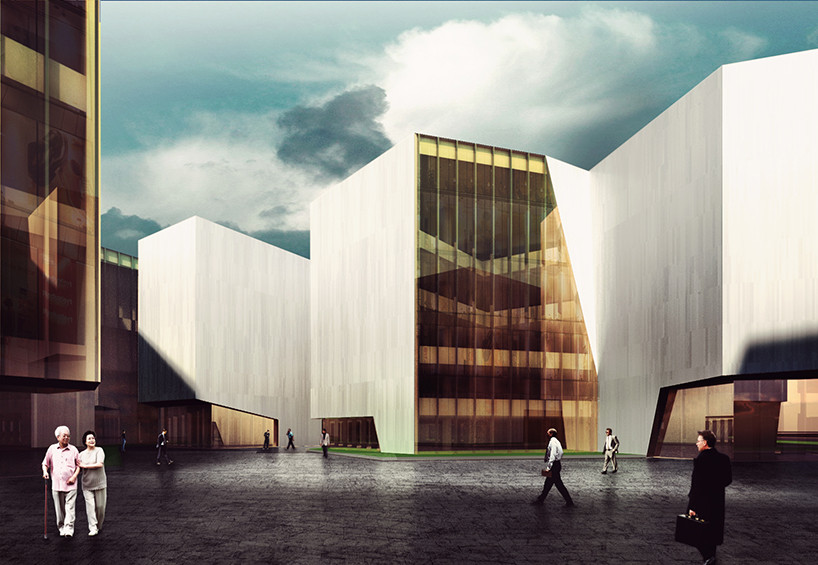 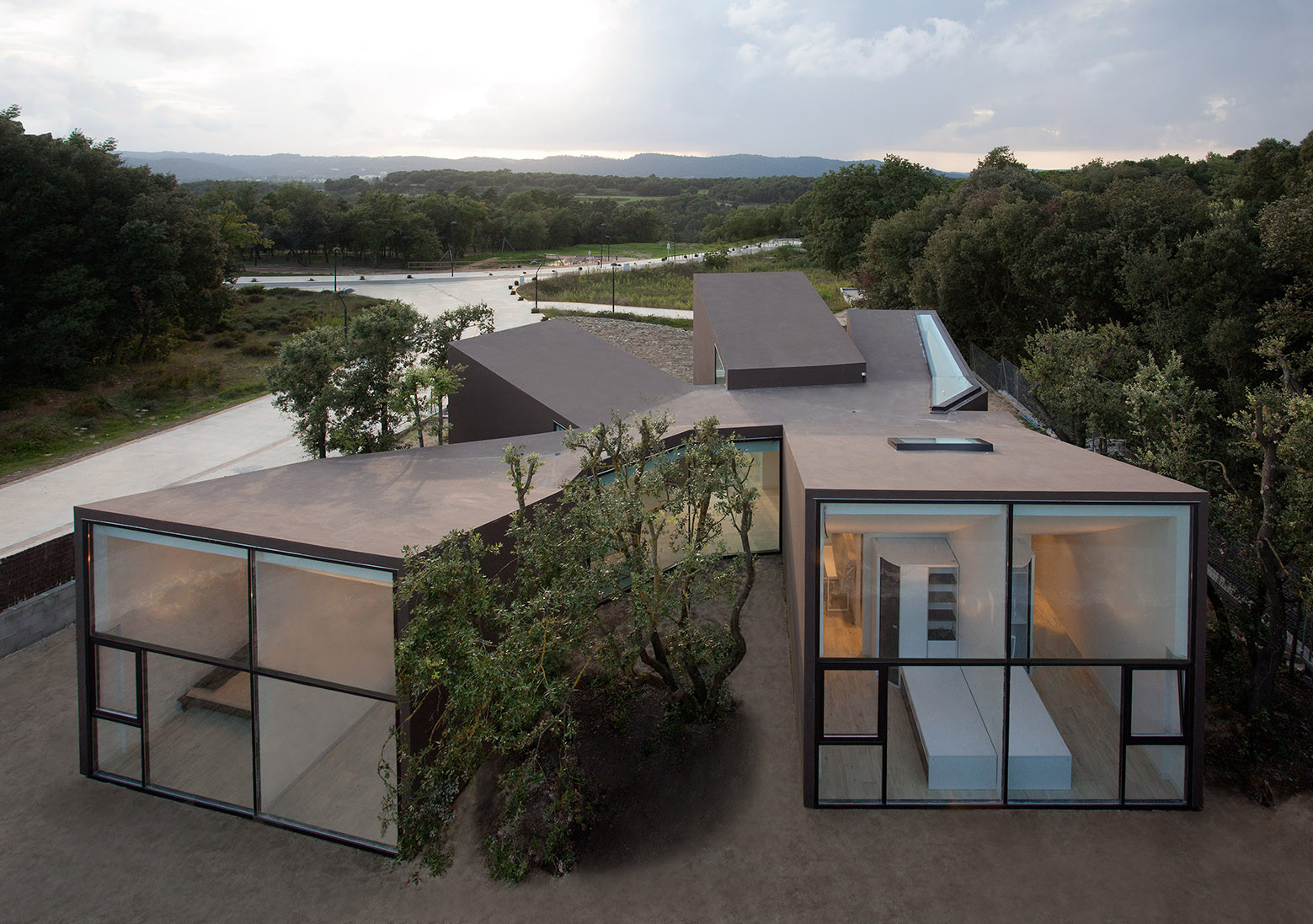 With the aim to create a new and contemporary urban space. the Nanjing Road Mixed Use Area proposal by RTA-Office distributes the volumes on the parcel in order to get an open public space and an intimate one simultaneously. The many passages throughout the 200,000 square-meter project offers walk paths for residents and visitors as it occupies an entire block of the city of Qingdao. More images and architects’ description after the break.

The project developed by RTA-Office belongs to a large masterplan that includes three different museum buildings surrounded by a big green area. The Anhui Provincial Paleontological Fossils Museum and the Anhui Provincial New Museum are already built. RTA-Office was involved in the design of the third one, the Anhui Provincial Art Museum. Located in a new politic and cultural district in Heifei, China, the new building will occupy the southwest corner of the park. More images and architects’ description after the break.

The High-tech science and technology cultural center, designed by RTA-Office, is strategically located Jinan, a city supported with a good transportation hub, making it a site with a lot of potential advantages and opportunities for development. They believe that these buildings need to reflect the cultural flavor of Jinan in eastern and local specialties; this is a place of modern technology and the software language used is able to describe the soul of the location. So they made a unique exclusive design, showing all its modern character. The result is a strong contrast between the organic approach in the genesis of the soften edges of the new buildings and hardness of the surrounding buildings. More images and architects’ description after the break.

Museum of Troy at Çanakkale / RTA-Office with DOME Partners

The design of the Museum of Troy at Çanakkale has been carried out by the atelier RTA-Office, led by Santiago Parramón with offices in Barcelona and Shanghai, in collaboration with the Turkish atelier DOME Partners (Istanbul). The aim is that the building rises in the Turkish area of Çanakkale but aspires to be a global focus through its expression and display of the culture of a civilization. A project that will act as a generator for social activity, research and culture.