Cemex: The Latest Architecture and News

Matter Design Studio has partnered with CEMEX Global R&D to challenge the relationship between the mass of materials and the physical effort of contemporary construction practices, exploring the movement and assembly of heavy objects on a real scale, manufactured using advanced computing. The objective of Walking Assembly is to eliminate the crane from the constructive equation, transferring the effort from people to objects, freeing them to play with the mass. 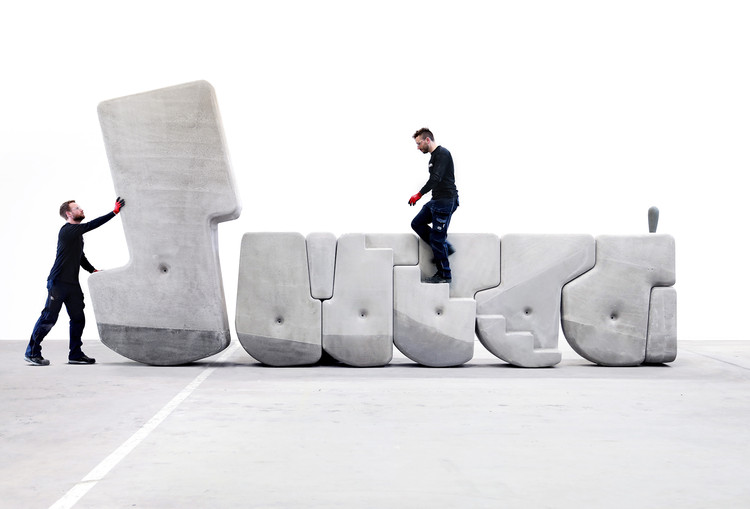 Since their creation in 1991, the CEMEX Awards have rewarded projects that propose new architectural, conceptual, technical, and aesthetic solutions. With 27 years of history, the event has become a reference for innovation in the construction industry, with the number of projects registered, as well as the quality of the entrants, increasing year by year.

The CEMEX Building Award recognizes the best projects in Mexico and the rest of the world that use concrete in a creative and innovative way, with a focus on sustainability and social welfare. This year, the award received 545 entries in its Mexican Edition, of which 18 were awarded prizes.

The awards ceremony took place on November 9th in Mexico City, with finalists attending from the Czech Republic, France, the United States, the United Arab Emirates and various countries from South America.

The winners of the Mexico Edition were:

The CEMEX Building Award recognizes the best projects in Mexico and the rest of the world that use concrete in a creative and innovative way, with a focus on sustainability and social welfare. This year, the award received 70 entries in the 5 categories and 4 special awards of its International Edition.

CEMEX Announces the Finalists of the 2017 International Building Awards

CEMEX has announced the 61 finalist projects from 17 countries in the running for the 2017 International Building Awards.

The International Edition of the CEMEX Building Awards brings together the winning projects from each of the different CEMEX National Building Awards to compete head-to-head. This year, 17 countries launched a call for completed works to participate in one of five categories and four special awards.

Below The Extraordinarily Textured Surface of This Unique Polish Concert Hall

The CKK Jordanki (Jordanki Cultural and Convention Center) by Fernando Menis is located in the historical center of Torun. It respects the shorter height of the surrounding buildings to preserve the views of the river and better fit the natural environment that surrounds it. The building was designed to have a more natural look, like a 'rock' that marks the transition from the urban plot to the park that surrounds it. In this interview we spoke with Fernando Menis who explained in depth how the selection of project materials contributed to the design process, helped in the inclusion of universal accessibility, and the project’s construction. 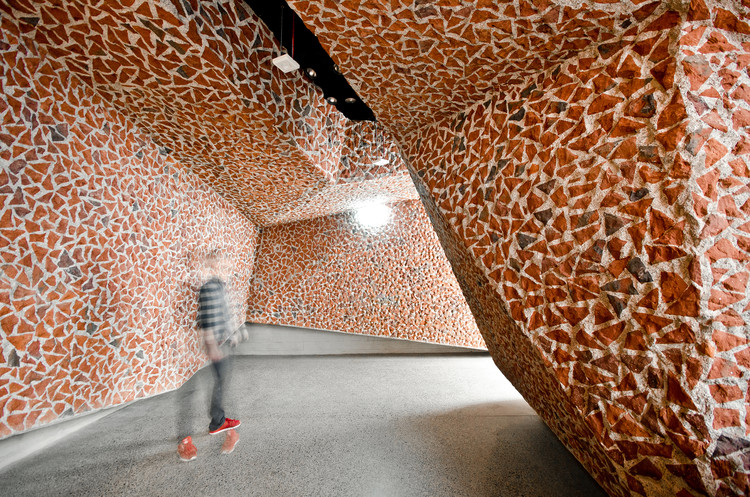 For the International Edition of the CEMEX Building Award 2016, 62 finalists from 20 different countries in North America, South America, Asia and Africa will compete in 5 main categories and and 4 special prize categories. The award, given by CEMEX— the Mexican multinational building materials company—recognizes the best architecture and construction projects that highlight innovation aesthetic and constructive uses of concrete.

The projects that are now set to compete at a global level range from a cultural center in Poland to a school and Spain and even a dam in the US. See this year's finalists below and see the previous winners here.

This year’s Building Awards honor the best architecture and construction projects built during 2014 that use concrete technologies in creative and innovative ways with a focus on sustainability and social well-being.

In addition to honoring the best projects each year, CEMEX also recognizes an architect or engineer “whose contributions in the world of construction have been valuable and left great lessons to society” through the Lorenzo H. Zambrano Lifetime Achievement Award. This year Rafael Moneo was selected as the recipient of the Lifetime Achievement Award for “his invaluable architectural expressions and his contribution to education and construction both in Spain and abroad.”

View the 2015 Building Award Winners after the break.

Held annually, the CEMEX Building Awards honor the best architecture and construction both in Mexico and abroad. The XXIV edition will recognize projects built in 2014 that stand out for their construction, conceptual, technical and aesthetic solutions.

Through this award program CEMEX aims to foster continuous innovation in construction and encourage best practices to generate better spaces and buildings.

See the Mexican finalists of the national edition of the XXIV Building Awards after the break.

CEMEX has announced both the international and national winners of the XXIII Building Awards, which aim to recognize the best architecture and construction both internationally and within Mexico. All projects were reviewed by a panel of judges comprised of some of the most important and prestigious representatives of the industry at an international level.

The international awards recognizing housing, institutional/industrial and large-scale infrastructure projects that were built during 2013 and stand out for their constructive solutions, aesthetics and innovative techniques. Finalist projects ranged from Frank Gehry’s Biomuseo in Panama to Plan B Arquitectos’ Click Clack Hotel in Bogotá, Colombia, covering a range of countries and architectural styles.

The CEMEX Building Award is itself a unique piece of art created by Mexican sculptor Miguel Angel Gonzalez and made out of black marble and concrete.

CEMEX has unveiled the international finalists for the XXIII Building Awards, which aim to recognize the best architecture and construction internationally. Spanning across three categories, the awards recognize housing, institutional/industrial and large-scale infrastructure projects that were built during 2013 and stand out for their constructive solutions, aesthetics and innovative techniques.

The CEMEX Building Awards recognize the best architecture and construction in Mexico, ranging from single-family homes to large-scale infrastructure projects. For the XXIII awards CEMEX will recognize projects that were built during 2013 that stand out for their constructive solutions, aesthetics and innovative techniques.

CEMEX has already unveiled the national finalists for the 13 categories, and the winners will be announced on November 5.

Read on after the break to see the finalists.

As part of ArchDaily's commitment to providing our users with the best, most complete coverage of the most relevant information in the architecture world, we have formed partnerships with important organizations--such as the Pritzker Foundation--in order to promote the best practices in the architecture. Now, we would like to share with you CEMEX’s Building Award, an annual competition that recognizes the best in construction, highlighting innovative design, building and construction techniques, across nine different categories.

Past winners have included the Tadao Ando's Roberto Garza Sada Center, Estudio MMX’s CAP House, DVA Arhitekta’s House on Krk Island, and Paredes Pedrosa’s Public Library in Ceuta. The contest calls for entries of projects that were completed the previous year in Mexico and in 10 other countries where CEMEX operates. This year’s winners will be announced in November.