Boston Society Of Architects: The Latest Architecture and News

Amongst other placemaking-related news this year, the Boston Society of Architects’ Placemaking Network celebrated its 10-year anniversary by launching the Placemaking Manifesto in November. Co-authored by Christina Lanzl, Robert Tullis, and Anne-Catrin Schultz, the document set down six key ideas: “quality of life,” “sense of place,” “community identification,” “collaboration and communication” between “individuals of all backgrounds, interests and talents,” “inclusivity” and “greater civic engagement,” and “awareness of tradition with an embracing of new and emerging technologies.” While the basic principles that placemaking espouses are often hard to question, this manifesto in particular begs one question: Is placemaking understood and defined clearly enough for it to be a useful tool for urbanists?

In the past decade or so, placemaking has gained considerable momentum, spewing forth an array of approaches, countless lists of best practices (including, in essence, this new manifesto), and complicated sub-categorizations. It is simultaneously a much-lauded global movement, an academic discipline, a field, discourse, process, and tool, but is also, among other charges, heavily criticized for being an “ill-defined buzzword.”

The Boston Society of Architects (BSA) has announced the winners of the Northern Avenue Bridge Ideas Competition. Launched in March, the competition sought to gather ideas for the future of the bridge that center around improving mobility, honoring history, and creating destination. The bridge, which opened in 1908, was closed in December 2014 due to structural integrity concerns.

As it was open to the public, the competition received ideas from architects, designers, historians and community members, overall resulting in 133 submissions, including 99 graphic designs and 34 essays.

The Boston Society of Architects/AIA (BSA) has announced the winners of the 2015 BSA Design Awards. Awards were presented in eight categories for accomplishments in interior design, campus and urban panning, and unbuilt projects, among others.

The winners of the 2015 BSA Design Awards are:

Preservation Takes the Spotlight in Fall Issue of ArchitectureBoston

As the 50th Anniversary of the National Historic Preservation Act approaches, the fall issue of ArchitectureBoston hits hard with questions about one of the profession’s most heated topics today: preservation. With essays and articles from a dozen different perspectives, featuring a dozen different problems and solutions, the issue is a gateway for discourse for anyone interested in the role of the past, in the future of architecture. Read on for more information.

Launching the 2015–2016 BSA Space Film Series: Keeping it Reel is Sukkah City. Go behind the scenes of a national design competition that challenged contemporary architects to design a radical sukkah, a small Jewish hut used for the holiday of Sukkot, using new and inventive materials and forms. Inspirational and compelling, Sukkah City is an in-depth chronicle of how architects approach design challenges and creative processes. Arrive early and engage your senses in Bigger than a Breadbox, Smaller than a Building, an exhibition that explores art installations and architecture. The exhibition closes October 4.

Hear the story of Gather restaurant and how it became the seaport’s most inventive eatery in the heart of the Innovation District. Designed with dual functions in mind, Gather is the resident full-service restaurant and bar at District Hall and supports the flexibility of the building by connecting to The Brew Café and the larger assembly space for public or private events. Operator Tom Shea of The Briar Group, and architect David Hacin FAIA and project designer Matthew Arnold Assoc. AIA of Hacin + Associates will discuss the unique challenge of designing a restaurant inside the nation’s first public innovation

Explore how architectural photographers see the cityscape in this dynamic session suitable for beginner and intermediate photographers alike. During this intimate exploration of Boston’s Fort Point and Financial District neighborhoods, you will learn to produce memorable images that convey a sense of place, an expression of the architect’s ideas, and a connection to landscape and surroundings. Professional photographer Emily O’Brien will help you and other enthusiastic photographers see Boston in a whole new way. Take your photography to new heights!

The winning projects of the Boston Living with Water competition have been announced. The competition “sought design solutions envisioning a beautiful, vibrant, and resilient Boston that is prepared for end-of-the-century climate conditions and rising sea levels.” Out of 50 teams, three were selected, each for separate sites—one for a building, one for a neighborhood, and one for a significant piece of city infrastructure—in addition to one honorable mention. Each of the winners will receive a $13,000 prize funded by the Massachusetts Office of Coastal Zone Management and the Barr Foundation.

The Boston Living with Water competition was organized by the City of Boston, The Boston Harbor Association, the Boston Redevelopment Authority, and the Boston Society of Architects. As Mayor Martin J. Walsh honored the winners, he noted that “competition ideas and strategies are already informing Boston’s future, including revisions to building plans and zoning codes, and influencing ‘Imagine Boston 2030.’” Winning projects will be on display at BSA Space through June 2015. Learn more about the winners, after the break.

Nine finalists have emerged in the Boston Living with Water design competition. The ongoing initiative challenges competitors to address shifting climate conditions and sea level rise at one of three Boston sites anticipated to be affected by 2100. Although the 50 participating teams took different approaches to designing for climate change, all the submissions treated the rising sea level as a positive design force in Boston's built environment.

Check out the finalists, after the break. 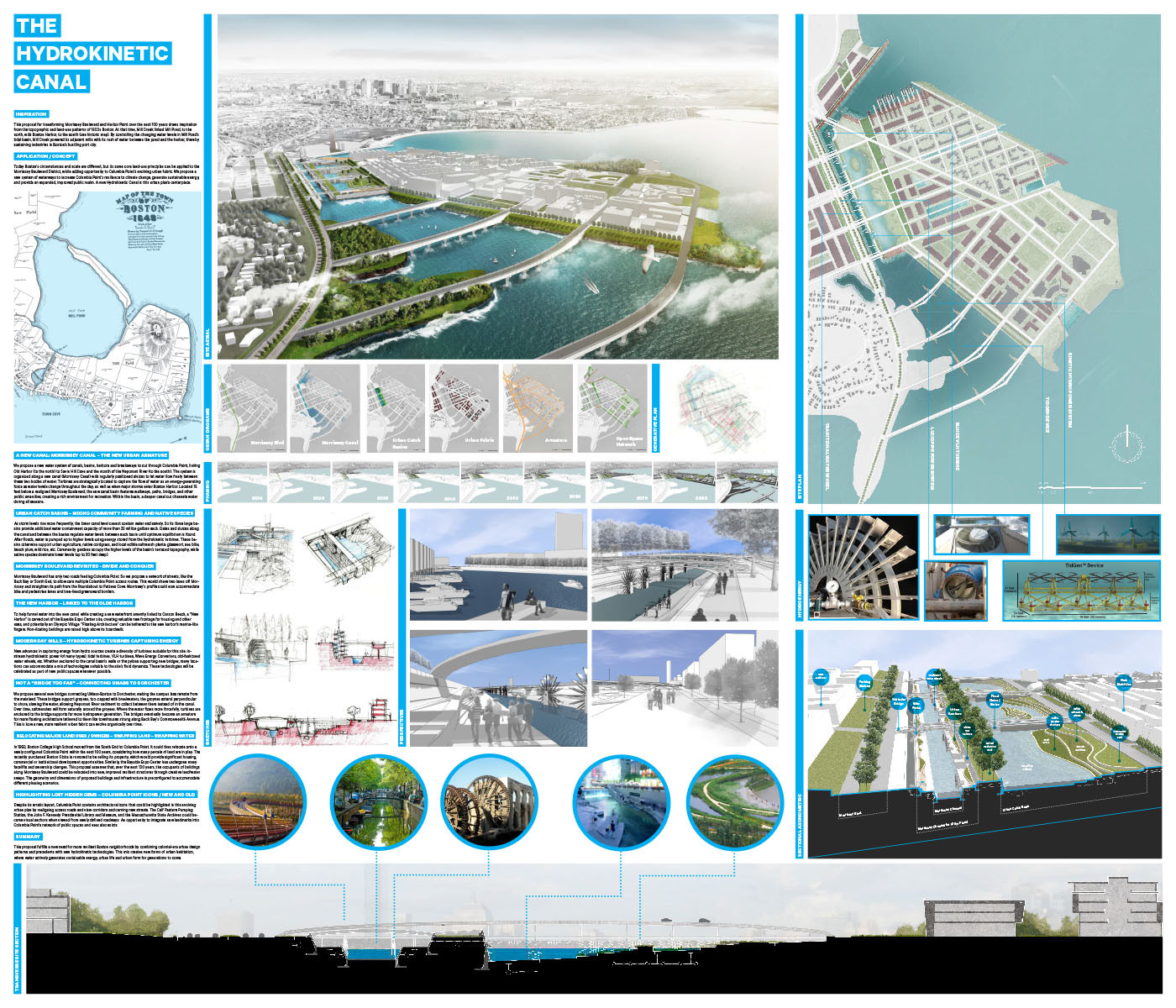 The Boston Harbor Association, City of Boston, Boston Redevelopment Authority, and Boston Society of Architects have teamed up to launch Boston Living with Water, “an international call for design solutions envisioning a more resilient, more sustainable, and more beautiful Boston adapted for end-of-the-century climate conditions and rising sea levels.” The two-phase competition, open to all leading planners, designers and thinkers, will award the best overall proposal $20,000; the second and third best will each receive $10,000. Submissions for the first phase are due December 2, 2014. Learn more, here.

Interested in Becoming a Guest Curator for the Boston Society of Architects?

BSA Space, home to the Boston Society of Architects and the BSA Foundation, is currently accepting proposals from all designers interested in becoming a guest curator. The selected curator would be responsible for conceiving, fabricating, executing, and installing all aspects of a major exhibit within the BSA's 5,000 square foot gallery space. Proposals should take into consideration a diverse audience and seek to capture the imagination of the public by conveying the power of design as an instrument of change within Boston. All major exhibitions will run four to six months and guest curators will receive a budget of $30-70K. The deadline for submissions is Friday, November 14 at 4:00PM. More details can be found, here.

This summer, ArchitectureBoston gives readers a reason to linger in their hammocks a little longer and drift away into the world of architecture and design. The new issue contains extensive and insightful suggestions for book lovers looking to build a personal library of new and important titles. Read on for more information.

This article originally appeared in the latest issue of ArchitectureBoston as “Troubled Waters."

The challenges of sea-level rise cross boundaries of all sorts: geographic, political, social, economic. Proposed mitigation strategies will also necessarily shift and overlap. Here, we present five case studies from across the globe that offer intriguing ways—some operational, some philosophical—to address the threats associated with climate change. Drawing on a research initiative focused on vulnerabilities in Boston, a team at Sasaki Associates developed these additional design-strategy icons to illustrate the layered approaches. They are adaptable, the better to meet the unique demands of each coastal community. 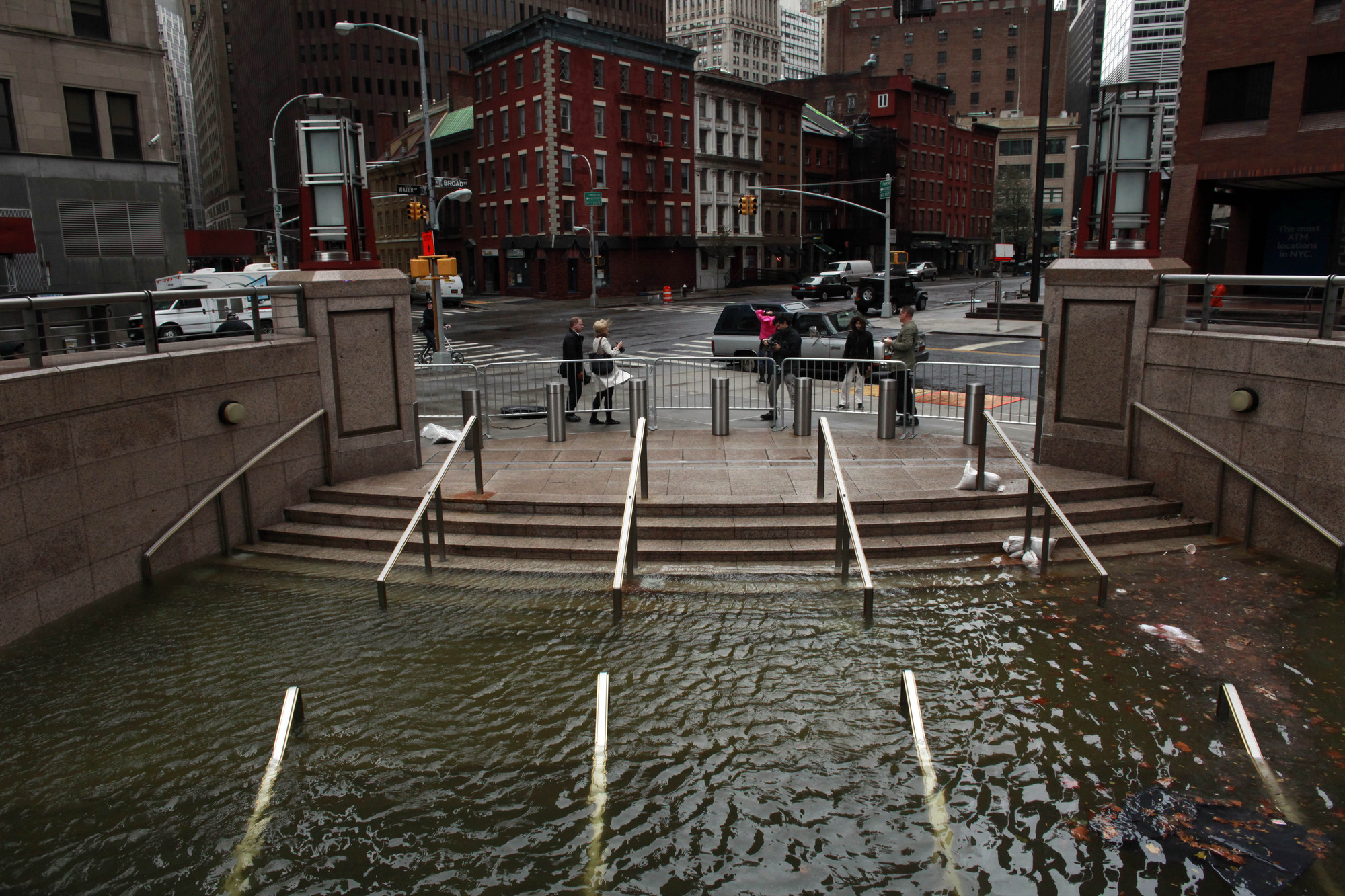 The new issue of ArchitectureBoston magazine, Coast, focuses on the thin border of continental crust that is home to 45 percent of the world’s population. The issue examines how architects and urban planners can mitigate or accommodate sea-level rise and storm surges associated with climate change. Coast promotes debate and offers answers and opportunities surrounding a problem that will inevitably affect most of the world’s urban residents in years to come.

The design of this project by Studio Providence LLC, a partnership by Friedrich St. Florian Architects and 3six0 Architecture, was the result of an international competition. Awarded by the Boston Society of Architects with an esteemed Unbuilt Project Award, the proposal uses three piers that are evocative of the fishing piers of New England.

Boston Society of Architects (BSA) recently launched their lecture series which opens up on September 21st with Jeremiah Eck, FAIA as he considers a simple way to infuse sustainability and light in homes; Barnaby Evans does something similar for cities while Chee Pearlman enlists design for the betterment of humanity and Audrey O’Hagan, AIA looks boldly toward the future of the profession. All free BSA lectures take place at 6:00 pm at the BSA Space multimedia room (290 Congress Street, Boston). More information on the series after the break.

The Boston Society of Architects shared the four winning projects for the 2010 Unbuilt Awards with us. Each year, the BSA sponsors this award program to honor and promote excellent design. Any project typology can be submitted for review, as long as the project is either purely theoretical or an unbuilt client sponsored project. The four winners show the diversity of the award as the projects vary in program, materiality and, of course, their design strategy. The winning projects and teams include: Land of Giants by Choi & Shine Architects, Playcloud by Nameless Architecture, Retreat House by Hutker Architects and Putting the Farm Back in Farmington by University of Arkansas Community Design Center.

More about the four projects after the break.