The Architecture Drawing Prize: Discussion on the Art of Architectural Drawing Webinar

Now in its 6th year, The Architecture Drawing Prize celebrates the significance of drawing as a tool in capturing and communicating ideas.

Meet the Winners of the 2022 Architecture Drawing Prize

Currently in its 6th year, The Architecture Drawing Prize continues to celebrate the art of drawing in three categories: hand-drawn, hybrid and digital. 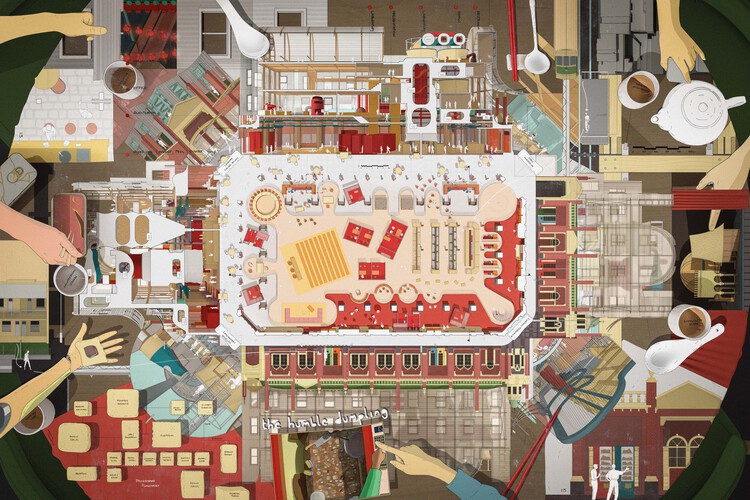 Dafni Filippa: "What if Drawings are Provocations?"

Entries to the annual Architecture Drawing Prize are judged in three categories, hand-drawn, digital and hybrid. Last year, Dafni Filippa, a post-graduate student studying for a Master’s degree in Landscape Architecture (MLA) at the Bartlett School of Architecture, won in the hybrid category and was also judged overall winner of the Prize with her Flood-responsive landscape performance, a virtuoso drawing created through a variety of rendering and modelling techniques produced by hand, in plaster and through and across multiple software platforms. 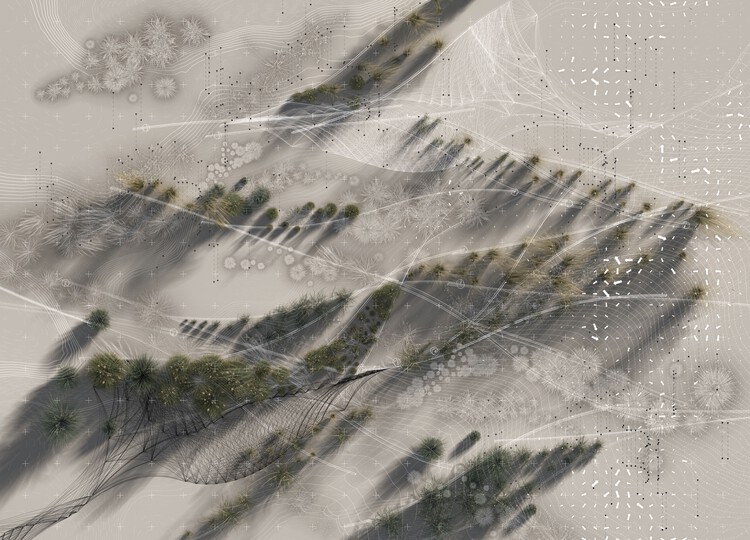 Meet the Winners of the 2021 Architecture Drawing Prize

The Architecture Drawing Prize is celebrating its fifth year and continues to attract outstanding entries from around the world. This year has been exceptional in the number and strength of student submissions the Prize has attracted across its three categories for entry: hand-drawn, hybrid and digital. In fact, the winning drawings for all three categories are by students.

Category winners of The Architecture Drawing Prize 2021 will be announced online on Tuesday 30 November, starting at 17:00 GMT. The announcement will be broadcast as part of the World Architecture Festival and streamed live on ArchDaily’s Facebook page.

Next August 9th at 17:00 BST (12:00 EST) ArchDaily and The Architecture Drawing Prize will be hosting a free-to-attend, live drawing workshop on Zoom with Narinder Sagoo, Art Director at Foster + Partners heading up the practice’s Design Communications team and Jason Parker, Director at Make Architects who initiated The Architecture Drawing Prize to give an international platform to the topic.

The Architecture Drawing Prize 2021 Open for Entries Until 1st October

Now in its fifth year, the Prize celebrates the importance of drawing as a tool in capturing and communicating architectural ideas. In the spirit of many great architects of the past, from Palladio and John Soane to Le Corbusier and Cedric Price, it's an ideal platform for reflecting on and exploring how drawing continues to advance the art of architecture today.

The World Architecture Festival has announced the winners of the Architecture Drawing Prize 2020. Entries were chosen in the Digital, Hand-drawn and Hybrid categories. The contest included 165 entries from 30 countries, and the 2020 competition also introduced the ‘Lockdown Prize’ focusing on the global pandemic, awarded to a drawing related to the architectural changes brought by the coronavirus.

The Architecture Drawing Prize 2020 announced the shortlisted entries in the Digital, Hand-drawn and Hybrid categories. This year’s contest gathered more admissions than the previous edition, with 165 entries from 30 countries, 35 of which are from students and under-30 architects. In addition, the 2020 competition introduced the ‘Lockdown Prize’, focused on the global pandemic, awarded to a drawing related to the architectural changes brought by the coronavirus. 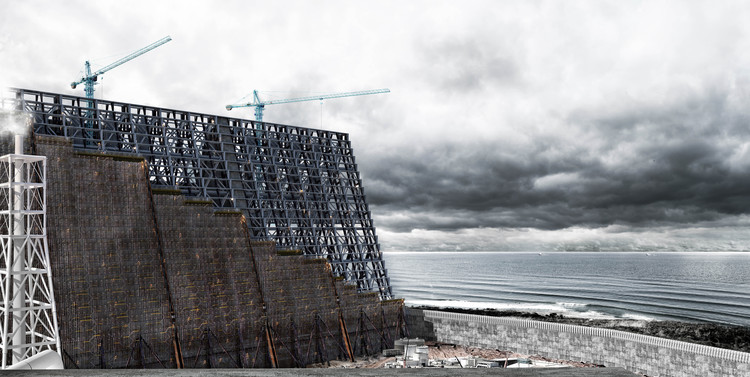 Draw in Order to See

Why should any 21st Century architect bother to draw by hand? There is, after all, an abundance of readily available digital tools that make pens and pencils seem little more than primeval artefacts. Fondly regarded, perhaps, yet as charmingly irrelevant to contemporary architecture as heavy horses are to today’s farmers or typewriters are to newspaper journalists.

In partnership with Make Architects and Sir John Soane’s Museum, the World Architecture Festival (WAF) has announced the call for entries for the fourth edition of The Architecture Drawing Prize. Launched in 2017, the prize is conceived to celebrate and showcase the art and skill of architectural drawing.

The overall winner of the third annual Architecture Drawing Prize is Anton Markus Pasing with his work entitled ‘City in a box: paradox memories’.

Working in the fields of experimental architecture, prototype design and fine arts, German architect Anton Markus Pasing has been awarded the prize for best digital drawing as well as being crowned the overall winner of The Architecture Drawing Prize. ‘City in a box: paradox memories’ represents an unknown city full of stories, closed in a large box. Until the box is opened, the city is in an ‘intermediate state’, it is both real and non-existent at the same time. The artist added: “I prefer the digital method for creating my work, because it allows me to achieve complex representations as well as being able to illustrate narrative aspects more clearly. I don’t aim to generate answers with my images, but to use them to ask questions or tell simple stories.” 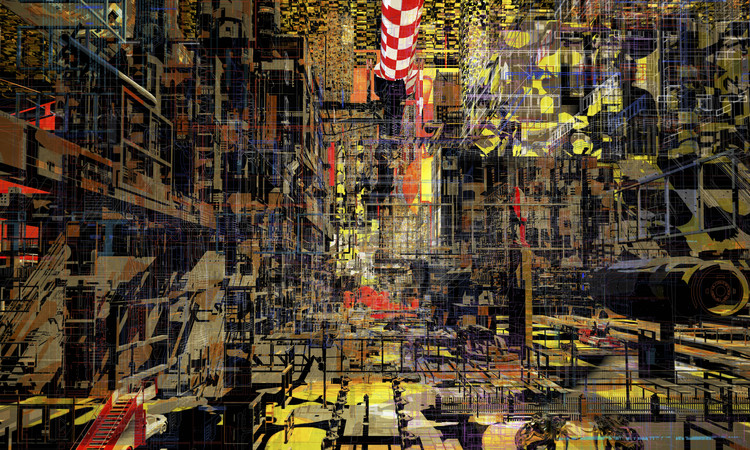 Prized Hand-Drawings Return a Building to an Organically Conceived Whole

A century on, the compelling idea that Modern architecture emerged like some blindingly white, crystalline and disruptive phoenix from the darkness, death and destruction of the First World War is, perhaps, a familiar one. And, yet, the charcoal sketches and chiaroscuro montages Mies van der Rohe made during and after the epochal competition for the Berlin Friedrichstrasse Skyscraper of 1921-22 retain the power to catch the eye, provoke and disturb in our own era of overwhelming imagery much of it produced by and with computer programs.

What is so very remarkable about these century-old visionary drawings is that they portray a future building type - verging on the ethereal and more or less impossible to realize at the time - in the earthiest of drawing materials. It had been a stroke of genius to use charcoal to evoke an architecture of lightness rising from the embers of the trenches that would revolutionize the way we shaped tall buildings and with them our city streets. Such is the power of drawing by hand. 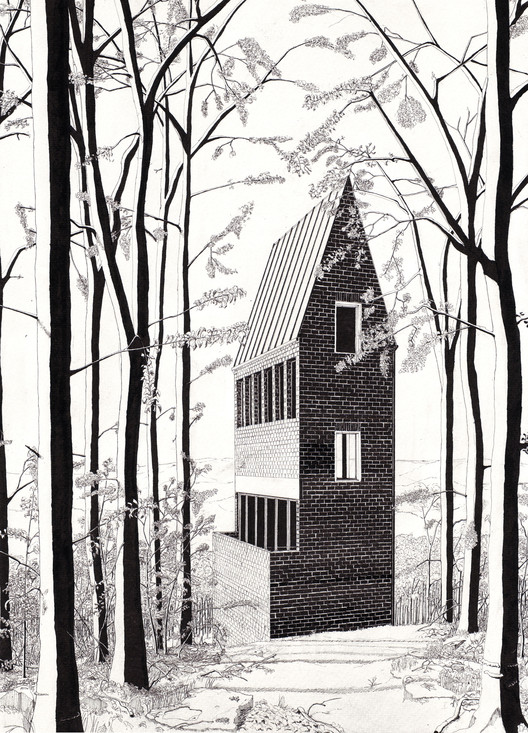 In the spirit of many great architects of the past, from Palladio and John Soane to Le Corbusier and Cedric Price, The Architecture Drawing Prize is an ideal platform for reflecting on and exploring how drawing continues to advance the art of architecture today. It embraces the creative use of digital tools and digitally produced renderings, while recognizing the enduring importance of hand drawing. The organizers invite entries of all types and forms: from technical or construction drawings to cutaway or perspective views – and anything in between.