Save
The Architecture Drawing Prize 2021 Winner Announcements
Share
Or
Copy

Category winners of The Architecture Drawing Prize 2021 will be announced online on Tuesday 30 November, starting at 17:00 GMT. The announcement will be broadcast as part of the World Architecture Festival and streamed live on ArchDaily’s Facebook page.

Drawings shown will include the winners of the program’s three categories: Hand-drawn, Digital and Hybrid. This year the organizers have also introduced a special Lockdown Prize chosen from the submissions in these categories.

Initiated by Make Architects, the Architecture Drawing Prize is now in its fifth year and has become an important platform for discourse around architectural representation, including annual exhibitions at Sir John Soane’s Museum and a programme of events hosted by World Architecture Festival.

Ken Shuttleworth founder of Make Architects, comments: “We’re genuinely excited to see The Architecture Drawing Prize in its fifth year. I’m especially pleased that the Prize has provided a level of meaning and connection during the lockdowns for those involved and I’m delighted at its continuing role in providing a platform and profile to many hugely talented young artists and architects.”

Works in the retrospective illustrate the range of different approaches to architectural drawing, the breadth of techniques used and the abundance of imagination in thinking about how we might better inhabit our cities, towns and the countryside. Some of the works are politically charged, others observational, while many demonstrate the expressive potential of drawing in both communicating and developing architectural concepts.  Drawing is expressed as a tool for both celebration and invention. 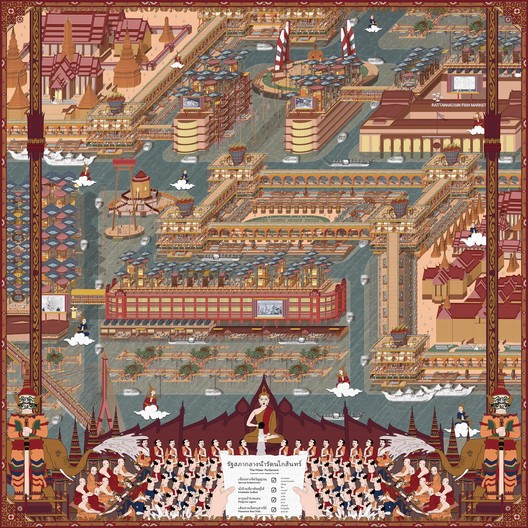