A+U: The Latest Architecture and News

This edition of a+u introduces the 23 recent works of architecture and technology that emerged from their relationship with the urban structure or the development history. In this issue, we focus our attention on the process of conceiving and realizing the projects driven by various motivations and tactics. We invite readers to look beyond the confinement of a single building and examine the works on their possibilities to be in use for a long time.

This issue follows the previous a+u monograph of Sir David Adjaye OBE (published November 2007), featuring Adjaye Associates' projects completed after 2007. You will see that the works of this London-based practice have expanded globally. The issue includes an essay by the architect himself on his approach to light and density.

This issue focuses on the second edition of the annual Chicago Architecture Biennial, 2017, that featured the participation of 140 artists from 20 countries, under the theme Make New History. Guest edited by Sharon Johnson and Mark Lee, Artistic Directors of the Biennial, the first part looks back on the Biennial through a conversation with architectural historian, Michael Hays. The second part introduces built work and projects selected with reference to the exhibition's theme by the guest editors and participating architects.

The January 2017 issue of a+u is dedicated to the works by Japan-based architect Go Hasegawa. The issue introduces 19 works from his very first project House in a Forest, completed in 2006, to the latest completed works Yoshino Cedar House and Chapel in Guastalla—with newly taken photographs—and the projects in progress both in Japan and abroad.

From the publishers. The April 2017 issue of a+u is devoted to the work of MVRDV, the architectural office based in the Netherlands. This is the third of the MVRDV FILES series by a+u, following MVRDV FILES 1 in 2002 and MVRDV FILES 2 in 2007. 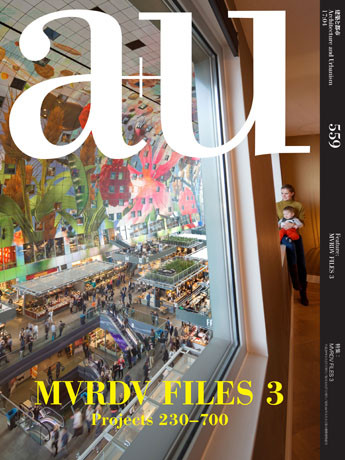 From the publishers. The March 2017 issue of a+u is a special issue dedicated to the Elbphilharmonie in Hamburg by Herzog & de Meuron. We invited the architects as guest editors to collaborate with us in documenting the entire process from the very beginning, in 2001, up to the opening concert in January 2017. 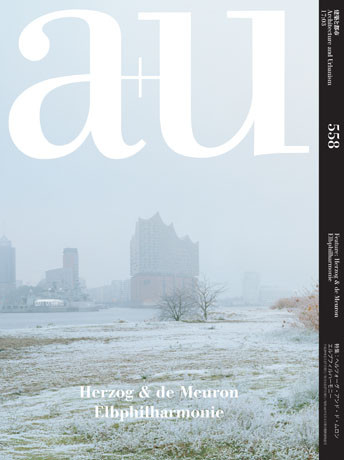 From the publishers. This is a special issue dedicated to Barcelona-based architects Barozzi Veiga. The issue features twenty-one works including Graubünden Museum of Fine Arts in Chur, Switzerland, the Mies-award winning Philharmonic Hall in Szczecin, Poland, and on-going works Cantonal Museum of Fine Arts Lausanne and Music School in Brunico. 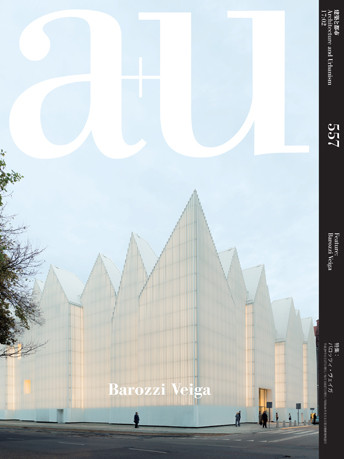 The November 2016 issue of a+u is a special issue dedicated to the Austrian architect Hermann Czech, who lives and works in Vienna, and was edited in cooperation with guest editor Professor Christian Kühn of the Technische Universität Wien. This issue explores the many facets of his architectural thought and practice through works that range from furniture design through to urban-scale infrastructure.

The October 2016 issue of a+u is a special issue devoted to Norwegian architect Carl-Viggo Hølmebakk. Since the establishment of his office in Oslo in 1992, Hølmebakk has worked closely with the natural landscape of the country. This issue features his latest National Tourist Route project "Vøringsfossen Waterfall Area", residential works "Summer House Addition Gravråk" and "Concrete House Holtet / Larsen", on-going projects such as "Bukkedauen Hotel and Coastal Culture Center" and "Torghatten Footbridge", as well as his earlier works from the very first built project "Private Library" for his parents.

JA103: Beginning of the Town

JA 103 is focused on the beginnings of neighborhoods in various locations throughout Japan. As the professional field of architects extend beyond designing a building on a designated site, it has become crucial for architects to engage with the people living in the neighborhood. This edition explores various projects in different parts of Japan and the relationship that architect/architecture has built with the people.

From the publisher. May 2014 issue of a+u is focused on wooden architecture from around the world that creates new landscapes.

In addition to nine built works, the issue features two competitions foreseeing the timber-nization of cities and three essays. The essays discuss different aspects of wood technology: adaptive timber structure of ultra-light shell by University of Stuttgart, harmonizing the joints of prefabricated wooden elements by collaboration of Finland's timber industry, university and government, and tall wood building technology in Canada and other countries. When these technologies become practical and realized as architecture, we will witness a completely new landscape.