This issue follows the previous a+u monograph of Sir David Adjaye OBE (published November 2007), featuring Adjaye Associates' projects completed after 2007. You will see that the works of this London-based practice have expanded globally. The issue includes an essay by the architect himself on his approach to light and density. 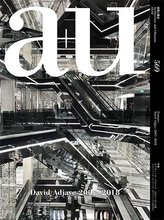