A single piece of furniture, designed by architect Angel Rico, allows this husband, wife, and child to live happily in only 20 square meters of space (about 215 square feet). Smart design solutions, such as this, are essential for any modern day tiny house or apartment. Keep reading to learn everything this transformer can do.

The most recent Project by Okubo Studio is the Fulgar Chair, mixing traditional Mexican design with interactive technology and design to create a new piece of furniture with lights and personality. The Acapulco chair is emblematic of Mexican culture, which radically transforms not just its materials but its utility and environment.

Industrialized Ceramic Elements That Create a Variety of Urban Furnishings

In 1855 the German machinery manufacturer Carl Schlickeysen issued the patent he had recently created, the "Universal Patent Brickmaking machine", the first machine created to manufacture bricks by extrusión as an industrial process.

SCHLICKEYSEN is a modular furniture system based on two types of modular metal supports and standard-sized ceramic curved vaults. All kinds of settings can be configured from the combination of these three elements; picnic tables, continuous benches, grandstands, topographies, and many more typologies can be achieved by just stacking the metal supports and using the ceramic vaults as a horizontal supporting surface. 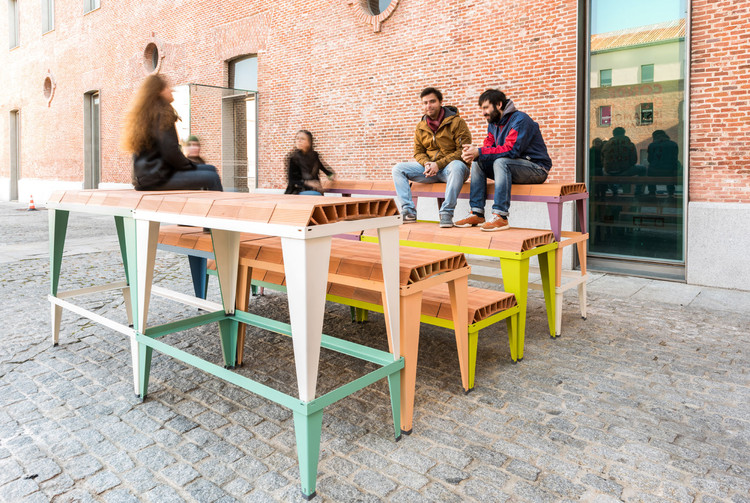