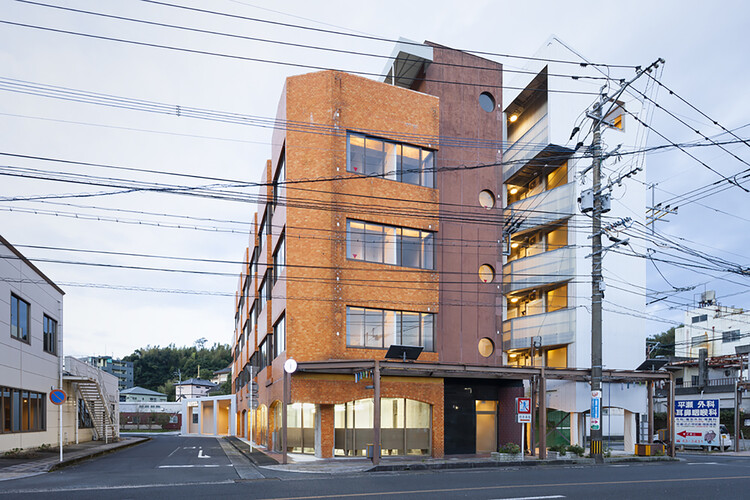 Business hotel in Kanoya, the central city of Japan's southernmost peninsula. The idea was to build a business hotel on a low budget, which was necessary for the current situation, and to provide an opportunity for the city, which is conspicuously lacking in tourism resources, where vacant lots stand out like insects. The parking lot behind the hotel was also acquired as a site, and iand an extension building was constructed to provide the necessary floor space without demolishing the existing building. This extension reduced the number of vacant lots on the street, even if only slightly, and created a small streetscape with four buildings(three facilities), including a cheese factory designed by us on a neighboring site for enhanced food education and an existing restaurant next to it, creating lively activities and events of pedestrian scale.

The local community wanted a novelty rather than an old hotel, so in order to achieve both, the extension was not attached to the existing building, but was built across a just gap (inbetween spaces), that is neither an alley nor a courtyard,  to create an elevation of buildings each with a different atmosphere. In addition, the height of the e­xtension is different from that of the existing building, and the overall shape is distorted so that it is not a simple square space, giving this space a roll of Figure. The bridges connecting the two buildings and the corridor of the extension building are outdoors, and the composition is simple but rich so that when you leave your room you can smell the farm and taste the fantastic scenery, such as the morning mist.

The indoor and outdoor finishes also embrace the contradiction between chaos, novelty, and sophistication, affinity. This is because the hotel is a space where people and objects from many different backgrounds come and go, and therefore it is necessary to create an open and unstable place of objects with many gaps in between spaces that can accept a variety of people and objects, rather than an absolute unity that requires the consistency of one architect for all objects placed in the space. This is because it was necessary to make it a place where people and objects can be accepted.

The objects in each space are divided into three or more groups, each with the same size, texture, and style, but with enough differences and contradictions between the groups to follow the current of the space. We thought that these differences and contradictions would become "clues", "gaps" (in between space) that would make people and things feel comfortable and tense, so we left them as they were without unifying them.

This kind of space, based on the relationship between objects, creates the comfort and effect of grouping through the repetition of exclusion and inclusion, as in the case of Adolf Loos's space, and it could become a new perspective on space in a consumer society, as a kitsch space that gives a sophisticated complexity to ordinary life. 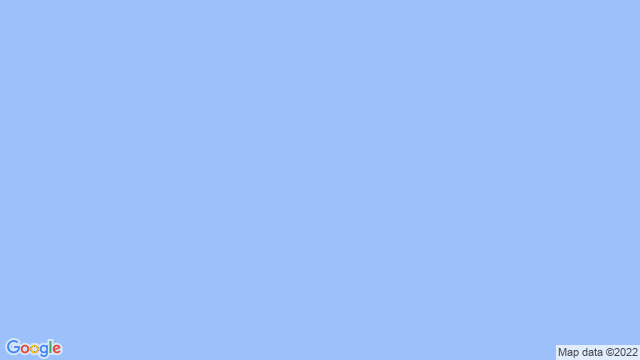 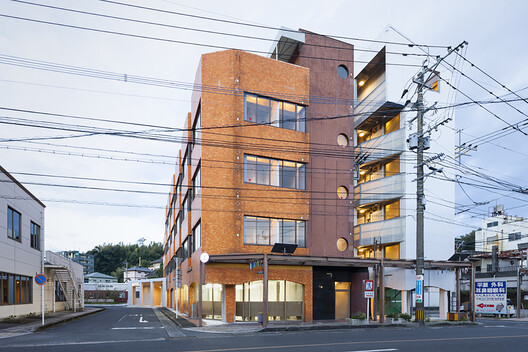