Save
James Stewart Polshek: Reflections on a Life in Architecture
Share
Or
Copy

Jim Polshek, who died at 92 last week, was an award-winning architect (AIA Gold Medal, 2018), designer, public advocate, and educator (architecture dean at Columbia, 1973–1987). He was a Midwesterner, born in Akron, Ohio, who went on to open his own practice in 1963, when he founded James Stewart Polshek Architects. Ultimately, the practice became internationally recognized as Polshek Partnership Architects. In 2010, the partners renamed the firm Ennead Architects, and he remained involved as a design consultant.

olshek saw architecture as a humane art; he rarely played formalistic games. A lot of what made Jim tick, the architectural and human values he embraced, are revealed in his absorbing 2014 book, Build, Memory—one of the most reflective architectural memoirs you’re likely to read. He opens the book with a quote from Vladimir Nabokov about time being a flying carpet, folded over and over, so that events overlap each other, creating a pattern through one’s life. “Let visitors trip,” warns the Russian novelist. Jim was attracted to Nabokov’s model of memory, with events juxtaposed to each other, in layers, as if viewed through a stack of tracing paper. “The unorthodox approach to memoir writing appeals to me,” Jim admitted.

Polshek identified two other figures as mentors who helped guide his memoir: Tony Judt and Abraham Flexner—heroes for Jim that one might not expect to find in a reflection on the life of a designer. The British historian and commentator Judt wrote about the late 19th-century milieu that mixed professional self-confidence with a sense of duty to contribute to the improvement of the civic realm, a combination that struck a chord in Polshek, who came of age as a designer in mid–20th century America. Flexner, a medical educator who helped found the Institute for Advanced Study at Princeton, wrote extensively on the role of the professional in society. Jim likened architecture to medicine in its capacity as a “healing art” and mentions one of Flexner’s six defining characteristics of a profession as particularly apt to architecture: a profession must be “altruistic in motivation.”

Polshek’s path to architecture was indirect. As a student at Western Reserve, he switched from pre-med to architecture and migrated east from Ohio to Connecticut to study architecture at Yale. (Along the way, he stopped off at the United Nations construction site in New York and bumped into Corbusier in an elevator—a “good omen,” he notes in the book.) Stints with I.M. Pei and Ulrich Franzen followed, along with projects in Japan. In the 1970s, his own practice blossomed. He became dean at Columbia and found the creative compensations of a practice balanced with teaching and collaborating with younger design colleagues—a pattern that continued through his work. Polshek stepped down from his practice in 2005. He credited working in Scandinavia and Japan with an emphasis on creating architecture based “on structured design principles than on idiosyncratic form-making,” and creating bridges between architectural formalism and social responsibility; he was one of the founders of Architects/Designers/Planners for Social Responsibility in the early 1980s.

Most architectural monographs tend to follow a familiar pattern: an introductory essay by a critic or historian followed by a comprehensive presentation of works, beautifully photographed. Biographical excursions are practically unheard of. This was not Jim’s approach. In a modest fashion, he chose to write about just 16 projects he considered milestones. The collection starts with Jim’s first large commission, in 1962, for the Teijin Institute for Biomedical Research in Japan, and ends nearly a half-century later with the Newseum on Pennsylvania Avenue NW in Washington, D.C., completed in 2008. His approach to writing about his work was consistently autobiographical, with great emphasis on the people involved and the places he designed for. His memoir feels more like a scrapbook, with family photos, pictures of project team members, and napkin sketches (one for the Clinton Library bears the presidential seal, which actually stands for a circular plaza in the plan diagram). Extensive discussions of project meetings with clients reveal how Polshek poked and prodded to get at their dreams about the architectural enterprise they were creating together. He constantly took the measure of the people he designed for, making decisions on the evidence assembled, the counsel of consultants, and collaboration with colleagues.

The “folds” in Polshek’s history appear in Nabokovian fashion: the design of the National Museum of American Jewish History in Philadelphia in the first few years of the 21st century overlaps with Jim’s recollections of Louis Kahn’s work for the Mikveh Israel congregation in Philadelphia (a project that never came to fruition), and Polshek’s student days at Yale and the studio space he and his classmates occupied in Kahn’s Yale University Art Gallery, which Polshek’s firm would restore 50 years after its completion. Polshek’s story about designing the New York Times printing plant in College Point, New York, unfolds with a tangent on the place of news media in American life and the role of media moguls such as S.I. Newhouse, who founded the Newhouse School of Communications at Syracuse University, for which Polshek’s firm designed a new addition in 2007. Jim connected the dots in a personal and professional odyssey.

Polshek’s architecture was a product of not only a penetrating intellectual reservoir of memory, values, and altruism, but also collaboration with colleagues and clients across a professional life that spanned nearly three-quarters of a century. 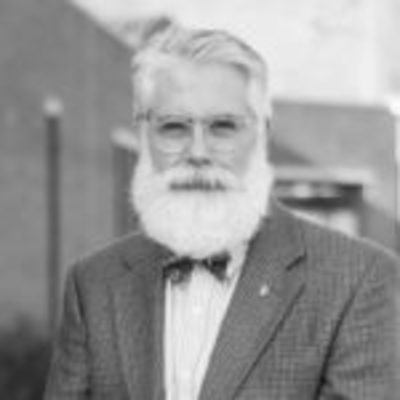 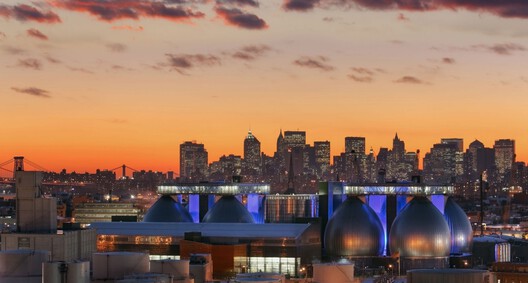