Save
Sacred Forests: The Dialogue Between Religion and Environmental Preservation in Ethiopian Churches
Share
Or
Copy

“And the Lord God planted a garden in Eden, in the east, where He placed the man He had formed. Out of the ground the Lord God gave growth to every tree that is pleasing to the eye and good for food.”

This is how the Garden of Eden is portrayed in the first book of the bible, Genesis, which describes the origin of the universe and the heavenly place where Adam and Eve were placed. Such a paradise, despite being little characterized in the original words, has been inhabiting the imagination of the faithful and other enthusiasts of the matter for centuries. The scenes of this idyllic place, reinforced by the paintings and sculptures created over time, present a landscape considered ideal, an Edenic nature, expressed many times by the vibrant and contourless color – just like a painting by Monet –, probably emphasizing the representation of the spiritual world, where the image is seen through the contrast of colors, shadows and lights. 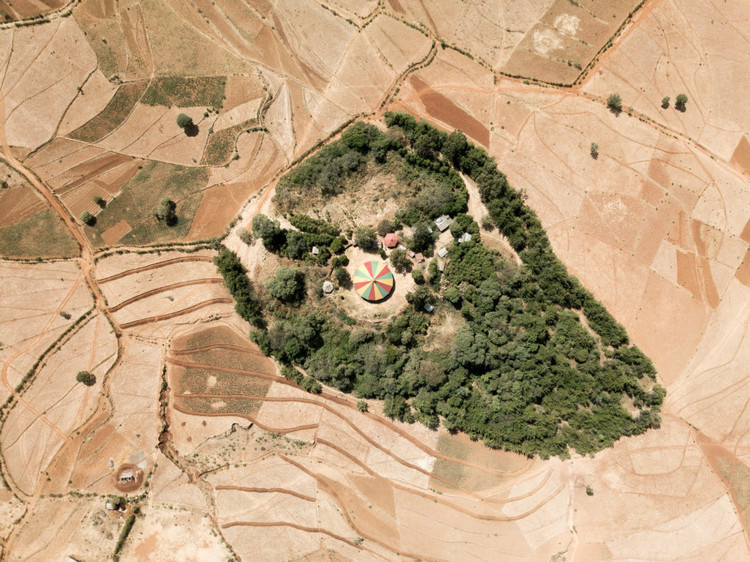 In this sense, it is possible to perceive that, not by chance, religion and nature have walked together over the centuries, understanding the natural environment as a sacred and sovereign space, as the closest to God that one could get.

However, while some religions keep nature only in the imagination of the holy books, a peculiar religious group in northern Ethiopia establishes an intrinsic relationship with the natural environment that necessarily enfolds each of its churches. According to the World Council of Churches, the Tewahedo Orthodox Church, dominant in Ethiopia, has about 40 million followers and their faith has been instrumental in protecting the country's remaining native forests.

Its sacred structures, made mostly of materials from nature itself, are surrounded by forests – crucial parts of religious rites. According to the belief, to be a church, the building must be surrounded by a forest that, in turn, would materialize the Garden of Eden, where every plant, every animal is a blessing from God. This living ark of biodiversity would symbolize paradise and welcome all the faithful, but not only that, its importance is also credited for being the abode of hermits, sacred spiritual figures who live hidden in the forests and who, in their prayers, intercede on behalf of all mankind.

It is estimated that in 1900 trees covered approximately 40% of Ethiopia, however, as agriculture expanded, its forests were replaced by cultivated fields. Today, only 5% of vegetation cover remains in the entire country and its location coincides with the forest fragments scattered around the approximately 1500 small green patches that house these churches.

These portions of forest vary in size according to the agreement established between the community and the priests. In their formal organization, churches of the Ethiopian Orthodox tradition have inherited many foundations from the sacred spaces of Judaism. Therefore, in the center of the church, as well as the metaphorical center of Jewish times, rests the tabot, a replica of the Ark of the Covenant, described in the Bible as the object in which the tablets of the ten commandments and other sacred elements would have been kept. The holiness of the tabot radiates outward, so the closer you are to the church, the more sacred the space. Forests, therefore, are part of this sacred radius of varying dimensions, which can cover hundreds or even thousands of hectares.

The volume that houses the tabot, that is, the church itself, usually has a round roof, with door frames and beams made of juniper. Beyond the central building, another circle undulates towards the external space, creating a circular courtyard delimited by a wall. According to tradition, the proper distance between this wall and the church must be the span of forty angels. This kind of inner courtyard already announces the sacredness that is approaching, so many believers make gestures of reverence when crossing this limit.

The sacred aura is finally complemented by native vegetation, that brings the sound of birds, the rustle of leaves and the humidity of the earth into the religious rites. Entering the forest means stepping into an ethereal place, with a peaceful and silent atmosphere. Sensations experienced not only in the mind, but in the body itself, as Ethiopia's hot climate is instantly soothed when walking through the forest.

This sacred nature, however, is being threatened by the increasing advance of agricultural plantations that insist on taking the remaining 5% of native forest. This situation was confirmed through a closer look on images of forest areas, which alerted to the decrease of green areas. Eshete was a child who grew up visiting one of these churches weekly, so his work reflects the emotional attachment to the stories he lived among these trees. With a delicate work of community awareness – according to him, the most difficult part of the project –, Eshete and his team have already managed to protect 20 church forests with a very simple solution: build small stone walls that demarcate the forests, including, in some cases, expanding the perimeter a little and allowing the vegetation to naturally occupy more space. The idea caught on mainly because it uses the mold of the sacred circular inner wall and replicates it, thus extending the invisible web of sanctity to include the entire forest.

According to Fred Bahnson, in a long essay accompanying Jeremy Seifert's film The Church Forests of Ethiopia, this preservation effort, which involves scientists, priests and the community, arises not only from the belief in the spiritual power of nature, or from the importance it has as a shelter, as a source of natural medicines and water sources, but, above all, the power that forests have to make us dream, to be part of our imagination, of our idyllic idea of paradise, where we can see beyond the visible.

As an example of resilience, these churches and their forests stand the test of time in a context of unbridled exploitation of nature. At this moment, when much is said about the importance of preservation, they attest to the power of faith in creating sustainable landscapes through the encounter between man and nature. 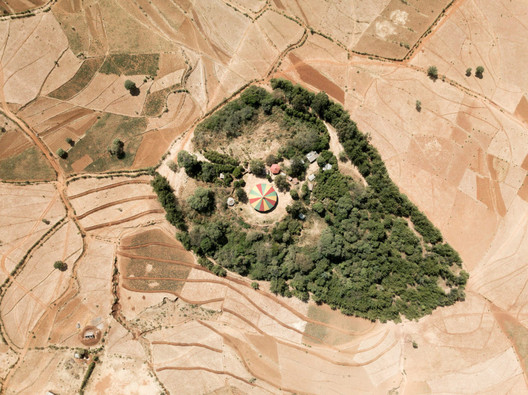