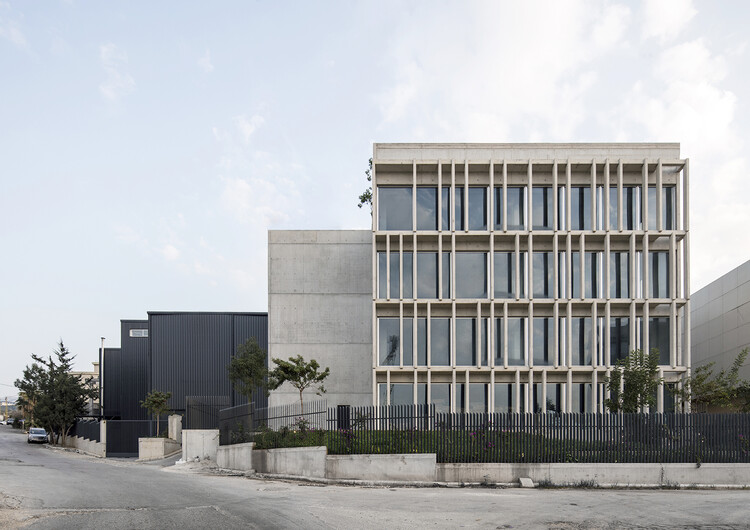 Text description provided by the architects. The site was the driving force behind the concept of the project. Developing a warehouse with 2 streets’ access while keeping the 3rd street façade for the corporate image of the Yared Headquarters.

The warehouse building’s envelope derives from the function of each space. Containers would be loading and unloading heavy masses of steel from the lower street whereas smaller trucks would be taking care of the low-weighted merchandise from the upper street. Inside, the ceilings’ heights also derive from the subjects in the space, for instance, the overhead cranes at the ground floor are the dictator of the space. Optimal functionality is the starting point and result of our initial idea of the volume.

Dealing with an existing concrete structure on-site helped us emerge from it the concrete volume housing the offices. With a Northern glass façade, naturally lit, we added a signature-louvers to empower the corporate image of Yared.

The warehouse is done in a steel structure atop concrete floor, for maximizing functionality, needed volume (height) and construction speed and efficiency. As a cherry on top of a cake, lies the most beautiful pool on the concrete roof of the offices to cater for their corporate dinners, social fundraisers and casual lunch breaks. 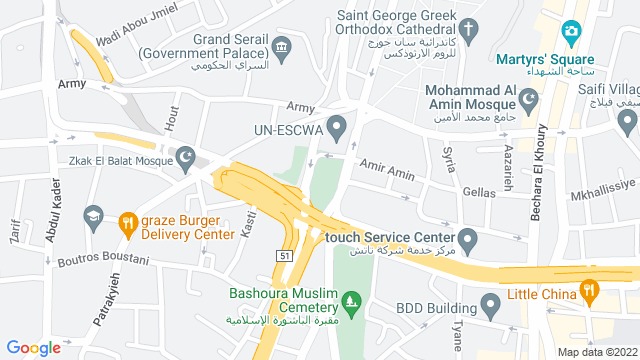