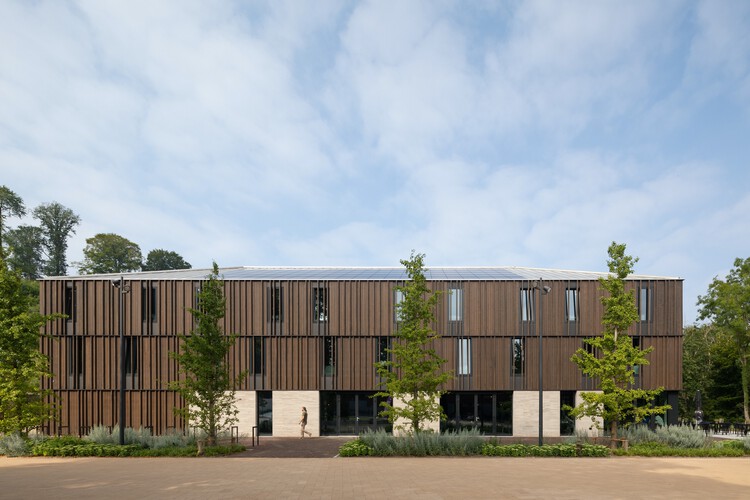 Text description provided by the architects. In the municipality of Valkenburg in the heart of hilly South Limbug, you’ll find the experience center Par’Course. MoederscheimMoonen Architects, commissioned by project developer Wyckerveste, designed a mixed-use environment where the Mercure Hotel is a part of.

About Par’Course. Par'Course consists of a gastronomic center in an old brewery, a cycling and sports center with the Shimano Experience Center, and the Mercure Hotel. The redevelopment of the site of the old Leeuw brewery was an opportunity to strengthen the existing economy and culture of Valkenburg with a new concept in a special place.

The Mercure Hotel. At the eastern-most part of Par’Course you’ll find the hotel. The building’s main shape is wandering and, in that way, plays a large role in the urban design concept. The building follows the curve of the Geul River and, with its perpendicular angle, creates two squares: the main square and the hotel’s entrance square.

From the conceptual idea, the building plays an important role in the fabric of urban design and has therefore been given a traditional main shape with a roof design. A finely designed wooden façade gives the building a modern presence. Because of the horizontal section, the mezzanine floors are visible. The vertical wooden ribs have been cut away at the windows of the hotel rooms.

In the hotel, MoederscheimMoonen designed a distinct shell in which the operator has created a dynamic interior for Black Label Hotels, including a large restaurant on the ground floor. The sport of bicycle racing also plays a role at the hotel. There are dressing and shower rooms and a spot to clean bicycles and stall them securely on the ground floor.

The Cycle Center. Opposite the hotel is the building that houses the Cycle Centre, one of the largest mobility businesses in the region, which organizes cycling events throughout Limburg. The building follows the hotel’s analogy. It is part of the encircling walls of the grounds and, through the materialization, is recognizable as a new element in the whole. Together with the hotel and an old villa, it forms a welcoming entrance square. 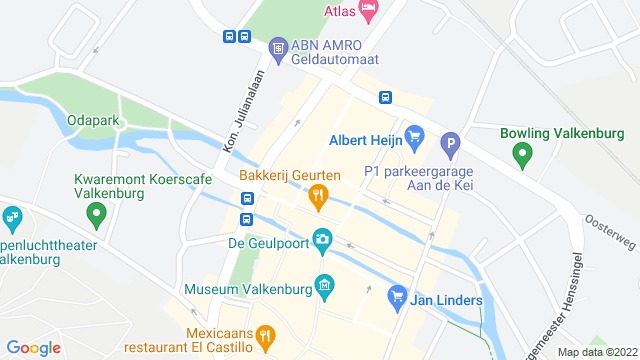 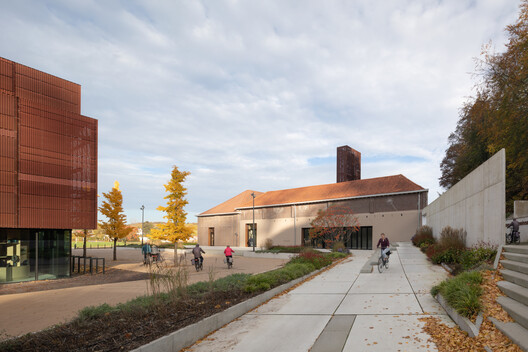