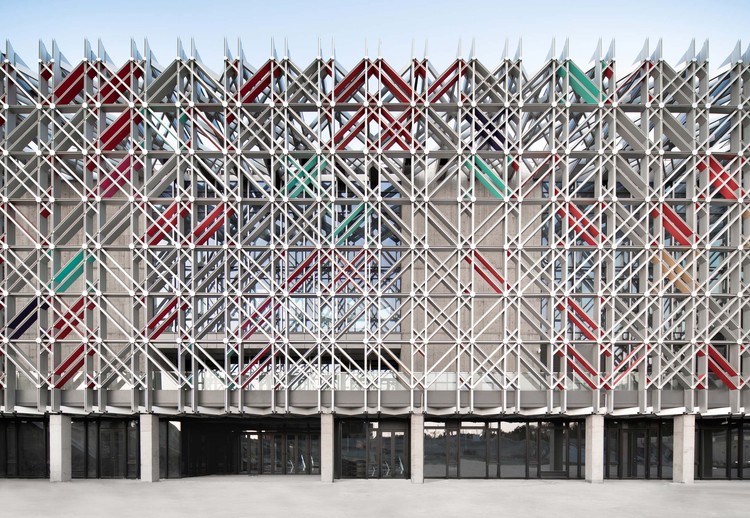 Text description provided by the architects. The Wukesong Ice Sports Center is the Ice Hockey Training Center for the 2022 Winter Olympic Games. It’s located at the southeast corner of Wukesong Sports Complex, right close to Changan Street. The project is symmetric with the Basketball Court on the west.

The project consists of two levels above the ground and two levels underground. Functions underground are designed as the ice arena with a capacity of 1900 audiences and related functions surrounding the arena, and other spaces are placed underground for sports culture and a capacity of 900 audiences. The Wukesong Ice Sports Center has rewarded three stars of the China Green Building. The building is the biggest stadium with ultra-low consumption of energy in China.

The Wukesong Ice Sports Center plays an important role in reflecting the commemorative and symbolic significance of the Olympic Games due to its special location and as one of a few newly built stadiums for the event. During the event, the project serves as the Ice Hockey Training Center. After the games, it will become one of the most important Ices & Snow theme sports buildings, which would kindle citizens’ interests across the city to take part in winter sports and therefore we think that designing should create connection by symbols to the world of ice and snow, and gather emotional significance and energy into a passion.

The Wukesong Ice Sports Center is like floating ice flowers to aggregate and form the pattern of ice and snow. The design aims to link the figurative sign and abstract architectural structure to be interlaced in perception, which arouses the meaning of symbols in the opaque transparency of an enigma and spark people’s passion for the Winter Olympic Games, and enthusiasm and expectation for winter sports.

The pattern with 45 degrees rotated intersection, grid-wall system, wraps the building and render visual effect like ice cracks and spatial experience with layers. Repeated patterns are to conceal the massing of this block and to view the profile of the building more light and implicit. A corridor named the Winter Olympic Games’ Corridor between the grid wall and the main facade becomes a ceremonious and commemorative space. When sunshine penetrates through the pattern, a painting of lights and shadows with the contrast between solid and void is projected to the ground and the facade, which presents the spatial quality of the ice flowers’ sign.

The wall system with 45 degrees rotated intersection keeps consistency with the truss and slanted columns from outside to inside, which shows rigorous logic and structural aesthetics. Visitors could experience the feeling of ice and snow. Mechanics of the truss structure blending the figurative ice flowers’ pattern counteracts the figurative meaning of the ice flowers. In the state of partly hidden and partly visible between the ice flowers’ sign and the truss structure, “An opaque transparency of an enigma” is completed, thus evoking symbolism.

In order to perceive the rich and vivid symbolic meaning, we decrease the number of aluminum patterns, and colors on elevations highlight the vibrant and enthusiastic atmosphere for the stadium. Lights depict a poetic image of the ice & snow world. 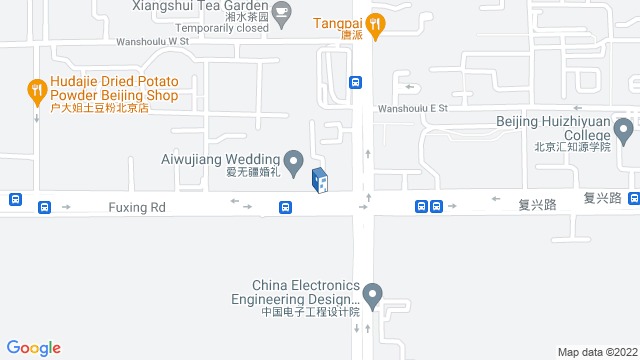 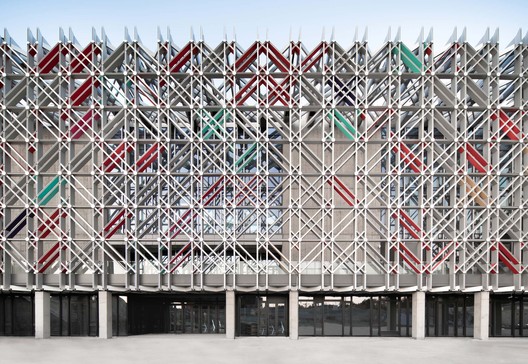