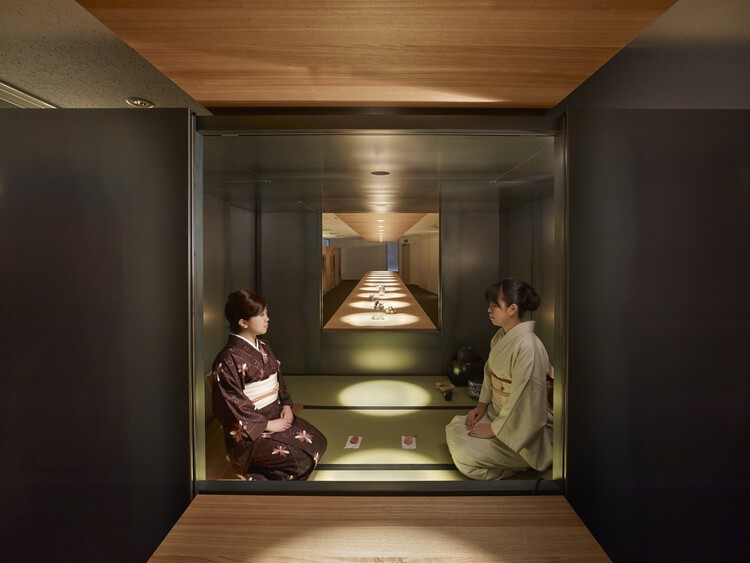 Text description provided by the architects. Iron Tea Room. The Iron Tea Room is located in the Tokyo offices and gallery of Charley, a company that designs and sells zakka, which might be loosely defined as everyday items with style. The tea room includes a seventeen-meter-long table placed in front of a long, folding room partition printed with images from Hasegawa Tohaku’s Pine Trees screen. Although the client did not directly bring up zakka or Japanese style in discussions, we felt that these were the themes of the gallery and therefore incorporated them into our design proposal.

Charley describes zakka as “an assortment of Japanese goods required for modern living that are associated with fashion, building, or interior design, and place maximum emphasis on satisfaction. Zakka is a part of Japanese culture.” There is no English equivalent for the term, which evokes concepts such as peace and calm, delicate workmanship, and an antidote to the stress of modern life. On the client side, the decision to install a tea room arose from the question of what role a gallery plays in a company focused on zakka culture.

On the design side, we sought to answer the question of how a tea room could be linked to zakka. The Iron Tea Room is constructed from a skeleton surrounded by black iron plates, which are made by allowing the oxide that forms when rolling iron to remain on the surface. Because these components are connected by strong magnets and bolts, the tea room can easily be taken apart. In this sense of being de-constructable and moveable, it has the qualities of certain zakka.

The Iron Tea Room is positioned to appear from the outside as if it is pierced by the seventeen-meter-long table. We envisioned zakka set out on this long table, with the tea room taking its place almost as another zakka among the collection. We hope that when visitors enter the tea room and look out at the display of zakka, they will feel immersed in this scene, as if they themselves have become zakka. 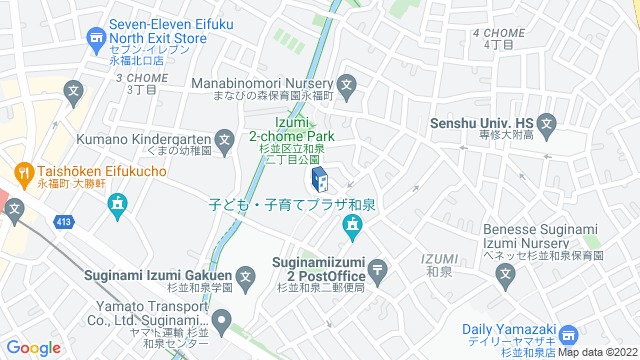