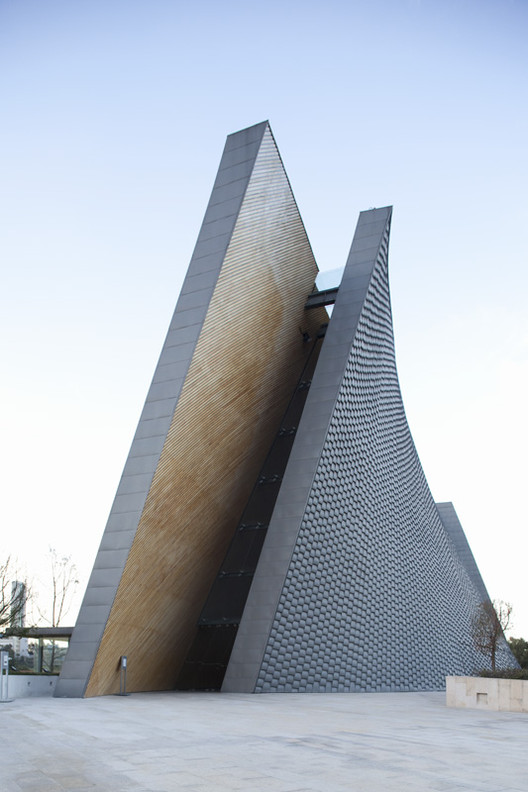 Text description provided by the architects. The Church and Santa Fe training Center, dedicated to Josémaria Escrivá Balaguer, is located on the west side of Mexico City in an urban context of recently completed projects. The completion of this project results in an urban space that is recovered, literally conformed by trash creating a representation of social and cultural values that have become a city landmark.

Follow the break for photographs, drawings, and the design description from the architect.

The architects began developing the architectural concept with geometrical strokes and enrolling in the repetition of the 7 golden rectangle, two curves referring to the Christian fish symbol and raised these curves with straight lines to a diagonal in the rectangle forming the cross of light, facing north.

Enrolled in this abstract symbolism, the set consists of three parts: The Temple is the main building stands out for its height and shape from the base of stone like the church itself, and the rest of the complex is traced as a duplicate of the curve that gives the origin.

The space is evolving curves in the straight lines of the cross at the top, we took advantage of this effect to allow sunlight entering during the day making interesting effects on the walls of the vessel and defines the axis composition from the main entrance atrium of the north where the light ends in the altar.

This geometry creates two walls outside cover it with zinc modules, scales that are directing the movement of the walls and create a texture of light and shadow with the sun's journey, for coating the inside and integrates with maple wooden staves which is a very noble material that gives us warmth and flexibility to adapt to the curved shapes of the walls looking for the light that would never get to touch it.

The challenge begins with the site earmarked for the construction of the Temple, a place that was "recycled" because it was used as a dump and after analysis of soil mechanics turned out a very poor area with no cargo capacity, so for foundation design is a solution composed of circular piles as support for columns and the basement slab was designed as a mezzanine floor slab and the ground offered no reaction up.

Based on the form and the concentric disposition of the spaces, the program was divided in two floors, in the upper level is the temple, which entrance is determined based on the atrium and by the frame that are made by the walls at the base of the cross across del narthex and from there is discovered the great space of the nave, the congregation is oriented towards the presbytery that ends at the altar.

This magnificent space is iluminated naturally by the skylight on a cross shape, on the lateral side of the nave is located by the west of the confessionals, the baptistry and choir on the other extreme we placed a automatic doors that opens the lateral atrium which ends in a mirror of water which is the symbol of Baptisim and the trees that surround the context in second plane.

The structure of the temple, it was solved by steel columns with two non orthogonal directions, formed by four plates forming a box which has a similar behavior in all directions which benefits in earthquake load and wind load (the most important). The basement structure was solved with retaining walls of reinforced concrete.

The cover system for the exterior design with zinc, a material which has the benefit of its lightness, durability and flexibility also helps sound insulation for the interior design acoustics so that the absorption is concentrated in the rear and a line in the highest part to avoid echoes of reflections. The sides of the altar was left reflecting to project sound towards the audience, the speakers were placed on the different sound sources for both the eye and ear to the speaker to lead us, connecting the visual with the source.

Downstairs, we located the parish offices, services and Training Center, a chapel just below the sanctuary of the church and is dedicated to the Virgin of Guadalupe so we stand with lighting stars on her mantle curved wall.

Continuing with this concept Mariano the crypts are divided into two reasons: The first key issue is the recitation of the rosary, generating based on the 4 areas and niche lit alabaster representing parts of this sentence and the second is divided into appearances of the Virgin.

Finally also in the same level with a very discreet access rooms are located priests in a volume that occupies two interconnected levels of service spaces, always illuminated by gardens. 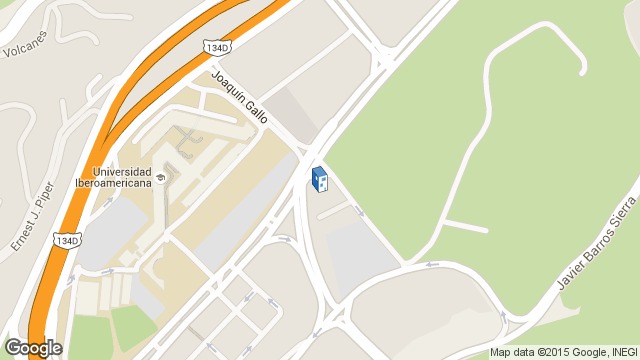 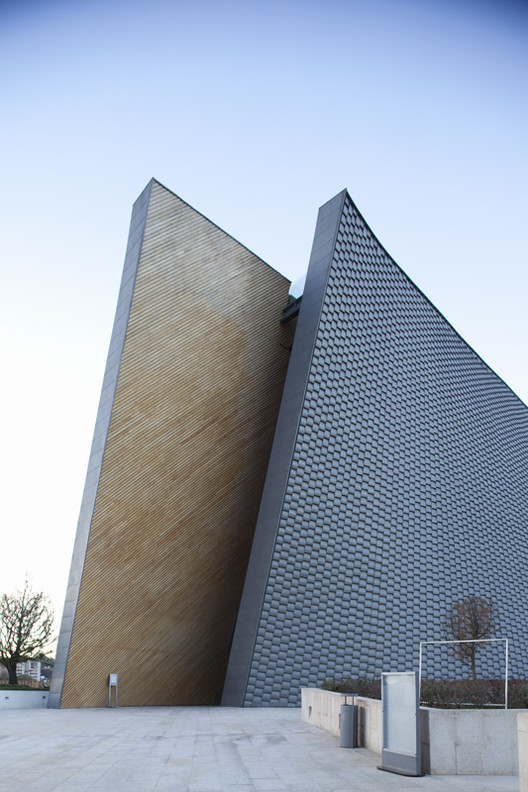