Save
The Dark Side of Density: The Tragic Emergence of Windowless Bedrooms in the U.S.
Share
Or
Copy

Juan Miró, co-founder of Miró Rivera Architects reflects in an opinion piece on the student housing situation in the United States. The architect explores different dormitory conditions across the country and questions whether these leading public universities "enthusiastically endorse the idea of putting thousands of its students in windowless rooms in the name of density and efficiency". 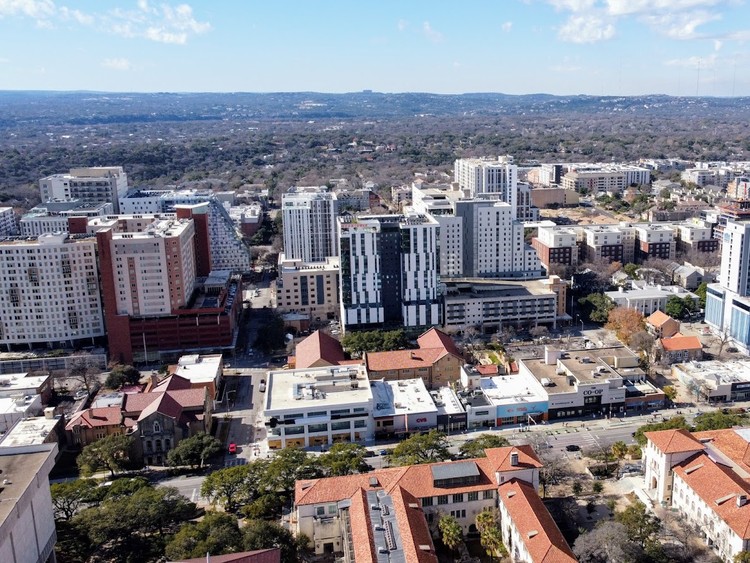 For the last 22 years, I have given to my students at the School of Architecture of the University of Texas at Austin an assignment called “My Window”. It is a very quick exercise asking students to draw by hand a detailed section of the head and the sill of the window in their bedroom. I have always assumed that all my students have windows in their bedrooms. It is a basic expectation among American architects that for a room to be a legal bedroom, it must have a window. I have repeated this as a mantra as well in my architecture and urban design studios.

Well, I am afraid I must stop repeating it. Last fall, I learned that I have students whose bedrooms have no windows. I could not believe it when they first told me, thinking that perhaps shady landlords were illegally renting them large closets as bedrooms. But that is not the case. Many UT students rent perfectly legal windowless rooms in brand-new residential buildings mushrooming west of UT’s campus. The transformation of this neighborhood in the last few years has been hailed as a poster child of success by advocates of higher density in cities across the country. Unfortunately, it is coming at a cost to many students’ health and well-being.

One student showed me the marketing floor plan of her building, which clearly indicates “NO WINDOW” in the two windowless rooms of her apartment. Unfortunately, her room is one of them. I then checked several other West Campus buildings’ websites and found that while the majority of bedrooms had windows, there were indeed many windowless spaces being leased as bedrooms. The realization left me concerned for these students and alarmed at the potential consequences. If it is legal to build one windowless bedroom, it is also legal to build many.

This fear materialized quickly later in the semester when the University of California unveiled plans for Munger Hall, a massive dormitory in its Santa Barbara campus. The hyper-dense building will accommodate 4,500 students in 1.68 million square feet. There is a shocking fact about this building: 94% of the students will be confined to windowless bedrooms.

The university has attempted to justify Munger Hall as an efficient solution to its student housing deficit. It has also defended the building’s dystopian density, arguing that it will encourage collaboration among students through its common areas. Chancellor Henry Yang has praised Munger Hall, calling its design “inspired and revolutionary.” Many at UCSB disagree, and thousands have signed petitions spearheaded by students and faculty to halt the project.

Regardless of the final fate of Munger Hall, one wonders: if the leading public university of the most progressive state in the U.S. enthusiastically endorses the idea of putting thousands of its students in windowless rooms, who will lose windows next in the name of density and efficiency? Other students? Prisoners? Refugees? Low income and relocated homeless populations? Seniors? Immigrants?

Munger Hall has garnered widespread attention in the news because of its suffocating density and the aggressive defense of the building by Charlie Munger, the 97-year-old donor behind its design and name. However, it is probably just the tip of the iceberg—a sign of what is already happening under the radar elsewhere, as I just discovered in my own backyard.

Austin, one of the most progressive cities in the country, approved the zoning change that made possible the transformation of the West Campus neighborhood. The goals were to “promote high density redevelopment” by replacing mostly one- and two-story buildings with towers up to 220 feet tall, and to “provide a mechanism for the creation of a densely populated but livable and pedestrian friendly environment.”

In the pursuit of this vision, the city has authorized the construction of buildings by private developers where many students rent windowless bedrooms. Does the city consider it an acceptable “livable environment”? The benefits of natural light for people’s general well-being and against depression are well-documented, although students may not be fully aware when they sign their leases. Unfortunately, Covid has confined them in their rooms for hours for remote classes amid a steady increase in mental health problems and suicides in American colleges that predates the pandemic. Under these circumstances, how can we justify depriving students of natural light?

A window in a bedroom has traditionally provided the emergency escape and rescue opening required by codes. That is the main reason that architects like myself have taken for granted that bedrooms must have windows. However, the International Building Code includes exceptions for that requirement, especially when buildings are fully sprinklered. Like the designers of Munger Hall, developers in Austin—while brandishing the benefits of density—merely needed to prove that their buildings complied with emergency egress requirements, similar to those expected in an office building.

To be clear, I support when a “landscape city” like Austin implements strategically a “compact city” model to increase its density. But I do not support the idea of increasing density at any cost. After many decades slowly improving living conditions in buildings in the U.S., it is disheartening to witness this regression. If the layout of an apartment includes a room with no windows, it should be illegal for developers and landlords to market it or lease it as a bedroom.

Unless windows are required by law in all bedrooms for their inherent health benefits—natural light, ventilation and visual connection with the outside—there will always be those who will try to justify windowless bedrooms. We cannot let that happen. Loopholes in building codes must be eliminated to guarantee to my students, and to all people, a window of their own.

Juan Miró is the Dick Clark Chair in Architecture at the School of Architecture of the University of Texas at Austin and co-founder of Miró Rivera Architects. 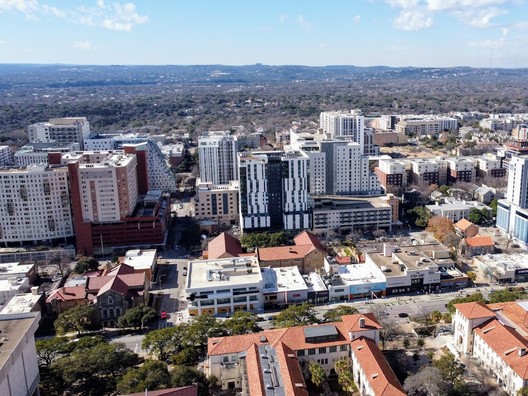