Save
Gateway to the Future: Rethinking Campus Design
Share
Or
Copy

Architecture grows from context. In campus planning, an institution or organization outlines a strategy for longer term land use and the immediate context. As SCUP outlines, campus design can be nurturing, inviting and stimulating. "It can be the physical manifestation of an institution’s mission, a reminder of the promise and potential waiting to be unleashed." Today, campus design encompasses integrated approaches bringing open space, buildings, circulation and utility together. 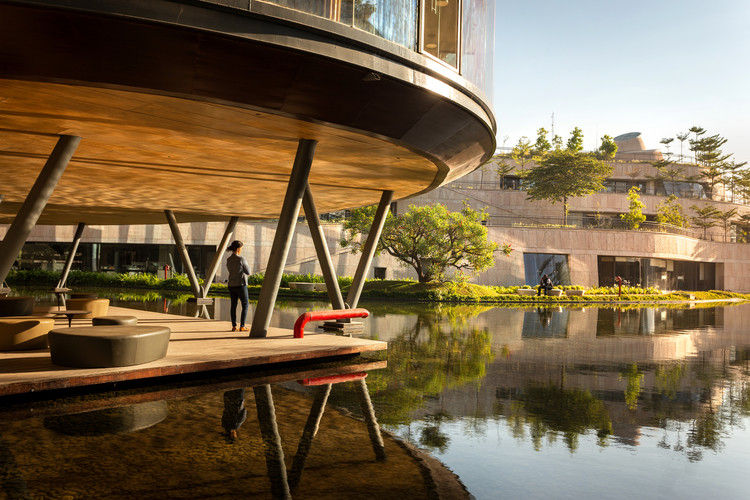 Campus design varies widely around the world. Local climate, culture and organizational structure all shape the relationships being designed. There is also an inherent element of time, understanding how a site can change and grow. The following campus designs showcase a range of approaches to bringing people together. Opening up to natural and built environments alike, they represent new ways of integrating diverse campus elements.

For this campus design, lahznimmo architects with ASPECT Studios were successful in winning the Australian National University’s design competition to revitalize the public domain of its Canberra campus. The public domain team worked closely with BVN who were the architects for the new buildings in the precinct. The resulting urban outcome reflects the collaboration between the three practices.

The Startup Lions Campus is an information and communication technologies (ICT) campus, located on the banks of Lake Turkana, Kenya. The project responds to the pressing challenge of youth unemployment faced in the region by offering high-level training and access to international job opportunities, allowing young entrepreneurs to thrive professionally without having to leave their place of origin.

The renovation design is to transform the original daily teaching classroom of the base into the student accommodation space of the 1971 research camp. While satisfying the needs of the accommodation function, the memory of the old school was not destroyed and became the core of the design. Chen Tuan Middle School was originally built spontaneously by local villagers, who took local materials and jointly funded the construction.

Corporate office building is located on a 6.5acre site which has a lake on the eastern side and road towards north. The design has a very special connection with the site and the adjoining lake. The idea is of exploiting every view possible to the lakeside makes any user a spectator of this serene setting. A bio lake is conceived towards eastern side of the site which responds to the existing lake and would seem like an extension of it.

The project is located at Xinqiao Town, Songjiang District, a suburb of Shanghai. How to address the local culture and context and create new urban space became the main concern of this project. Songjiang, as the cradle of Shanghai’s history and culture, has been overdeveloped during recent years. This rapid and chaotic development raises the problem of cultural vacuum. Many public spaces are seldom used and the green parks are lack of social activities.

A prominent addition to the Lancaster Historical Society’s Library and Museum, combined with a comprehensive site master plan and renovation of existing spaces, have revitalized this campus of history, which also includes Wheatland – the 1828 home of Pennsylvania’s only U.S. President, James L. Buchanan. The client reports that attendance has doubled following the project’s completion.

The project is located in Tianfu New Area, Chengdu, inside the Southwest Airport Economic Development Zone. Being 14 km away from Shuangliu International Airport, it is part of the New Chengdu Energy Industry District Planning. The project is east to Chengya Highway and west to South Chuanchi Road, an extension area. The site still remains the forestry texture which is unique to Chengdu Plain. 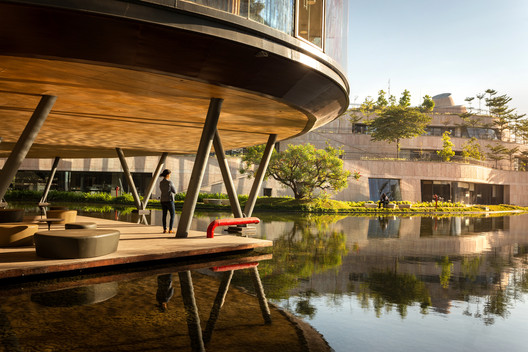