Grimshaw's first permanent Eden Project outside the United Kingdom has reached a construction milestone with the completion of the project’s centerpiece Storm Forest Biome. The single-space biome structure, which is larger than the domes at the Eden Project in Cornwall, encloses a planted space of over 27,000 square meters and uses water as the "life blood of nature, culture, and civilization". 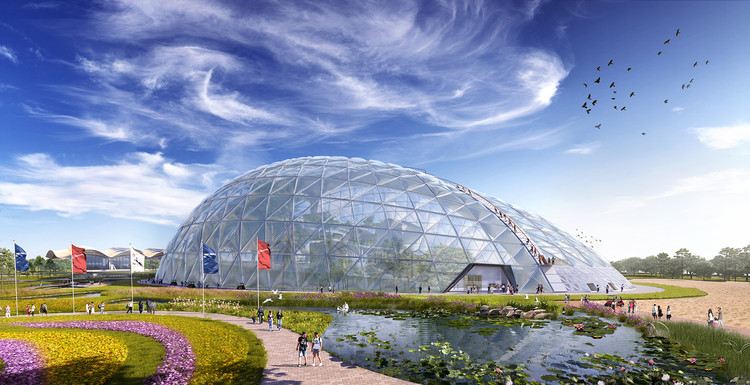 Following the completion and inauguration of Eden Project Cornwall, Eden Project and Grimshaw partnered on the design of the Qingdao campus. The project is built in Jiaozhou Bay, on an environmentally damaged land on the confluence of two rivers that was once used for salt production and prawn breeding. The Storm Forest Biome will showcase the atmospheric water cycle on a grand scale, demonstrating its importance in an immersive environment. Taking into consideration the importance of the site, the project highlights how water affects the planet and the populations it supports.

Walking into the site, visitors will walk through scenic landscapes of extreme aridity and water abundance, surrounded by interactive installations that explore different aspects of nature and water - from the droplets of water to storm clouds. The Storm Forest allows visitors explore the diversity of nature by walking through the clouds and over waterfalls, exploring bioluminescent caves, steep mountain paths, and rainforests. In addition to the Storm Forest, the project will also feature Extremes Zone, which showcases scarce environments, the Quality Zone, which includes live performances, as well as a theatrical arena called the Mist Theatre, which includes meadows and wetlands surrounding the site.

A First Look at Grimshaw's Next Eden Project

Eden Project Qingdao was the first project announced as part of the project’s plans to expand on every continent. The first Eden Project-designed content outside Cornwall was debuted in Terra, The Sustainability Pavilion at Expo 2020 Dubai. Construction started in May 2020, and is set to be complete in 2023 with the project opening to the public later that year, becoming the first permanent Eden Project outside the UK. Grimshaw's new UK bases in Morecambe and Dundee are set to open the following year. 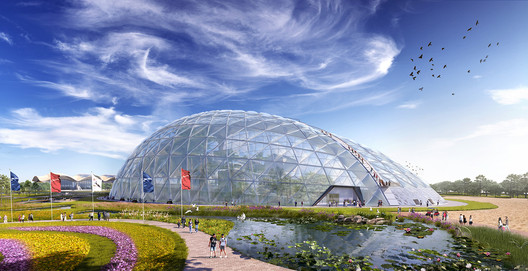