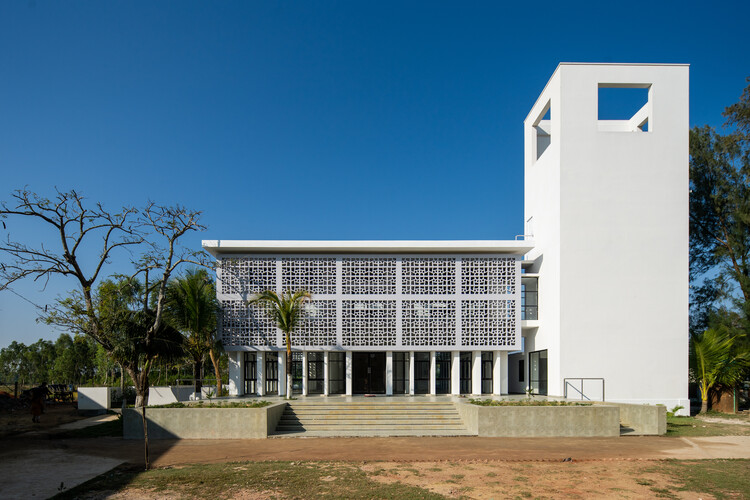 Text description provided by the architects. The main idea is to design an open and transparent space within a basic form where people can find peace and relate themselves to their surroundings. As we believe “Honesty, Transparency, and Openness bring Peace of Mind.”- Dalai Lama

Users generally enter from the east alongside an open green space, usually used as a playfield for the Madrasa students and additional space for Eid Jamat, where there was a small pond earlier. A new large pond is introduced at the north with a ghat for taking ablution and bath. The mosque is also connected with a rear entry from the west.

Being a coastal area the mosque is designed on a raised platform with a frontal plaza used for additional prayer space and social activity. The main hall is open and transparent for that natural light and cross ventilation are ensured. The windows flood the space with daylight. Outside family graveyard and inner prayer hall both create a spiritual bench line between the present life and afterworld. Repetitive vertical walls act as fin which cut the glair while jail (perforated) wall filters light and creates a beautiful texture of light and shadows. The geometric pattern of the jail (perforated) wall is created with continuous flipping of the custom-made R.C.C. blocks. A single block is designed with five arms around a pentagon with another five holes, which reflect the magnificent number ‘five’ in Islam. Five pillars of Islam, five times prayer in a day, and five Kalimas. 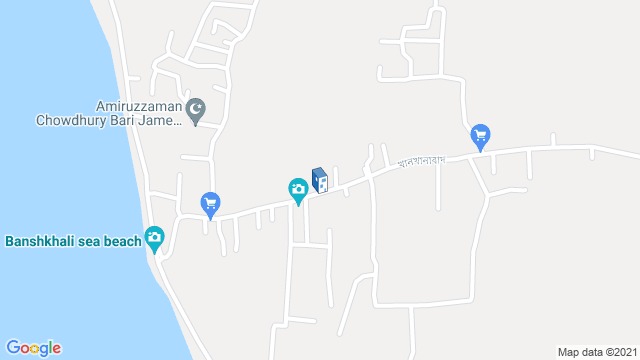 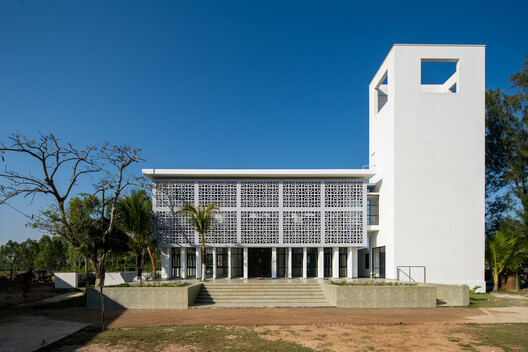