Save
The Rise of Co-Living: Designing for Communal Life
Share
Or
Copy

Communal living is nothing new. Throughout history, housing has long been tied to both shared needs and a concentration of resources. Today, between population growth and an increase in urban density and real estate prices, architects and urban planners have been pursuing alternatives for shared living. These new models explore a range of spatial and formal configurations with a shared vision for the future. 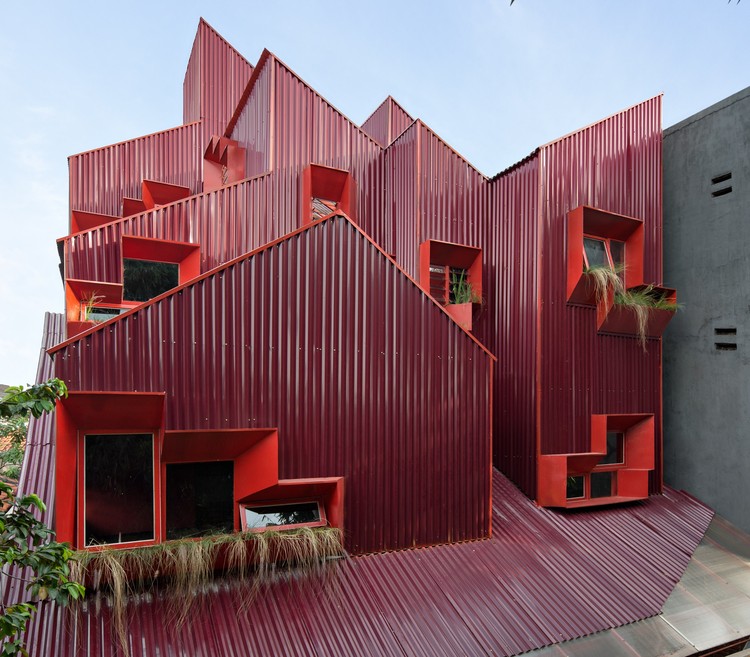 As Eduardo Souza explains, the term co-living emerged in Denmark in the 1970s - originally under the name of cohousing. The Sættedammen initiative, for example, consisted of 35 families living in private homes while sharing communal spaces for socializing and activities, such as dining, housekeeping, group gatherings, festivities, and other events. Taking a survey of modern co-living housing projects from across the world, the following designs showcase what it means to live together today. Built almost half a century after the co-living term was coined, they represent a range of building styles, programs and spatial types. This rich diversity reflects what kind of shared housing projects may emerge in the years to come.

This is a plan for a newly-built "share house," a singular model of housing, even within the architectural industry. The "share house" is an increasingly popular style of living in Japan, somewhat close to a large house, where the water systems and living room are shared by the residents. What makes it different from a large house, however, is that the residents are not family and are, instead, unrelated strangers.

Coliving Interlomas is a student-oriented residential project located to the western-outside Mexico City, which proposes an architecture that brings together life and studying in community, following space optimization principles in a shared living system. The complex features four levels in which the bedrooms and the common areas complement each other. The architectural shape is born from a volumetric experimentation with the site, as well as the challenge to create private and public areas for twelve students.

Garden House is a new addition to the Network of spaces being produced by Noiascape across London. From one-off homes to mixed use buildings Noiascape is creating an infrastructure for urban renting. Designed specifically for renting, Garden House is organised to adapt to a number of users, from a couple to a group of sharers. The house acts as a landscape of surfaces and objects against which the renter’s life can be staged.

In the rural area of Oosterwold, artist Frode Bolhuis dreamed of an alternative way of living. He asked architects Peter van Assche and Mathijs Cremers to design his dream house on a one-hectare potato field. To find the solution the architects came up with two preconditions to make the project possible: they suggested finding friends to join the project, since it is a lot cheaper to build several houses at the same time than just one. The second precondition was that only the exterior would be designed, leaving the families complete freedom to decide on the interior.

Cowork and coliving are part of these new third-place-spaces created to develop human activity for the new generation of citizens, people that understand workspace and home as a service, but a service that has to be aligned with their aspirations and beliefs, a place that give them a sense of “belonging”. The design team refurbished this residential building from the 60s in a quiet traditional neighbourhood of Madrid, transforming traditional oversized apartments into a coliving experience for 20 people.

Three Generation House / BETA office for architecture and the city

Contemplating care between generations, a family comprising of two households decides to build a house together. While the younger couple already lives in the city, the grandparents live in the countryside and are keen to move back to the proximity of urban amenities. For this mini-apartment building, a concept was devised capable of accommodating changing spatial demands over time.

This experimental project is located in the first belt of low-density neighborhoods surrounding downtown Denver at only two miles of the city center. It provides centrally located, low-cost housing for individuals or couples while integrating within the morphology of the suburban environment. The site consists of a 50-foot wide parcel divided into two equal lots. According to local zoning codes, we could build the main house and an ‘accessory dwelling unit’ (ADU) on each lot.

The design team for this co-living space found out that the site has such a small area, located in crowded urban space and will be used for commercial building. Taking over the corridor area that used to be human circulation for the unit area was their first idea. This idea makes the stair become the only one horizontal and also vertical circulation between every unit. Also, the stairs could be a social space for the residents. 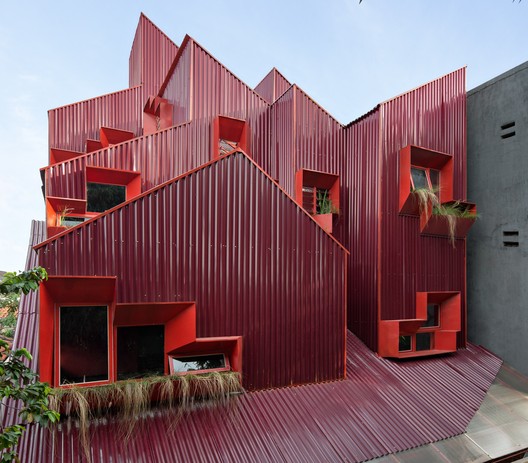