Save
The Center Won’t Hold Pavilion / The Open Workshop 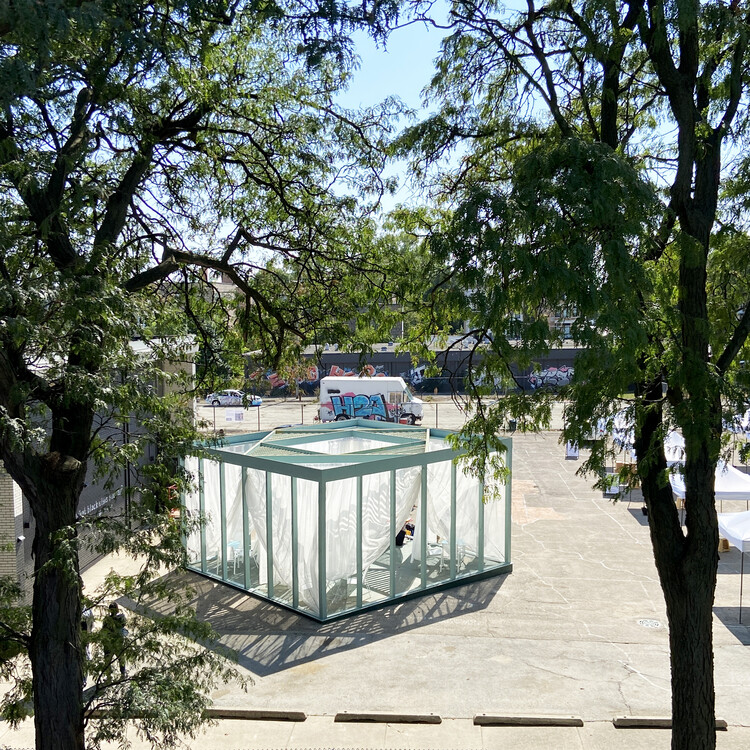 Text description provided by the architects. The numerous vacant lots in Chicago represent urban inequity that is propelled by—and a symptom of— property ownership. As more residents are living in precarity, the urban commons, wherein a shared resource is collectively managed and governed, have taken on new importance. By sharing resources, residents can have access to more resources without an economic burden. While domestic commons (or communes) have historically offered meaningful forms of agency to residents, they have struggled to become a widespread model for living.

This is not surprising, as communes rely on an intimate scale of decision making which is eased through having a more homogeneous group of residents. This design-research project addresses these issues by decentering the commune into an urban commons that could occupy vacant publicly-owned lots in Bronzeville. This entails separating the programs of the traditional co-living house into a range of structures and spaces that are locally tailored to individual sites. As a network of buildings, additional scales of sharing resources are generated amongst residents and the neighborhood. The design challenges the enclave nature of communes to encourage full integration with the neighborhood.

The forms of solidarity that communes and the commons promote already exist in Bronzeville through a range of inspiring organizations and initiatives focused on mutual aid, resource sharing, and skill-building. This design intervention speculates on how these various initiatives can assemble a network of sharing that leverages the numerous vacant lots in Bronzeville. The speculative network focuses on four key resources—food, making, ecology, and care—that would be tied to an associated hub building to give more local control to residents in crafting their own ways of life.

The Overton site features one of these interventions: meeting space for the community. The design is positioned as a malleable framework that utilizes a series of curtains for residents to curate an array of interactions—from intimate to collective gatherings. The fabric enables transformations of the space that acknowledges the evolving practices and values of commoning. Through this decentralized model of sharing, new forms of solidarity can empower residents to take action on the available city. 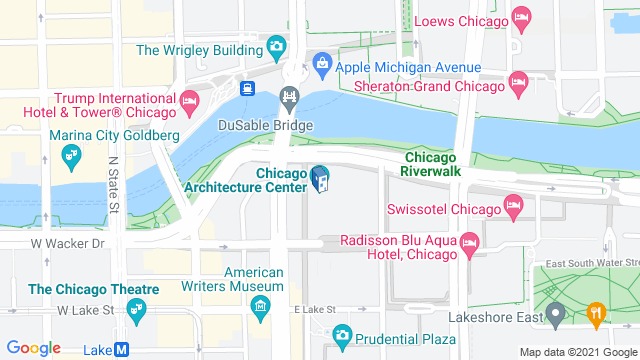