Text description provided by the architects. The chapel is covered with transparent carvings. What is drawn is the forest of Niijima. In the late Edo period, Joseph Hardy Niijima, who violated the ban and went to the United States, studied Christianity and returned to Japan to teach in his hometown of Annaka. It is well known that Joseph Hardy Niijima then traveled further to Kansai and founded Doshisha University. After more than 70 years of relaxation, the seeds sown in Annaka grew up as a budding forest at the present Niijima Academy.

Niijima Junior College is the youngest forest grown from the seeds sown by Joseph Hardy Niijima. The imagery of the forest drawn on the 56 meters wide wall does not exist in real life. The forest is denser towards the east and west direction and brightly opens up toward the south. In reference to the garden of Eden in the Book of Genesis, I drew a scene from the deep dark forests to a brightly lit field where there is ample of light. This is the path followed by Adam and Eve, who were exiled because they ate the fruit of wisdom. Expulsion from the garden of Eden is not only a tragedy but also the beginning of civilization. Similar to Adam and Eve, students will set out to face the harsh real world once they graduate from the protective educational Niijima garden.

In a metaphorical sense, the design of the walls encapsulating Niijima Chapel derived from the idea of the forest. The existence of this forest could be biblically referred to as the Garden of Eden.

The drawing on the screen is an imaginary forest that took six months to accurately depict the scene reflected in my mind. Therefore, there are no original pictures or references. The drawing is made up of a multitude of hexagonal squares. Natural light passing through the minuscule holes is diffracted and diffuses softly towards the interior, which closely mimics the actual sunlight filtering through the trees. The sunrays that fill up the space engulf everything inside, erasing reality, and luring people into an endless kaleidoscope.

The plan of the chapel consists of a nave and aisle layout as seen in traditional chapels. The design of the nave creates depth within the inner chapel through its Vierendeel structural system. Made out of genuine timber, small angled braces are situated randomly within the structural grid which acts as a soft mesh structure in order to absorb and dissipate vibrations during an earthquake.

It is rather uncommon for an architect to ornament the walls just as how a painter paints a canvas in recent years. However, ornaments used to play an important role as a form of cultural expression. In this sense, there should not be a differentiation between an architect and an artist. Therefore, Niijima Chapel is an attempt to revitalize this lost methodology in Architecture. 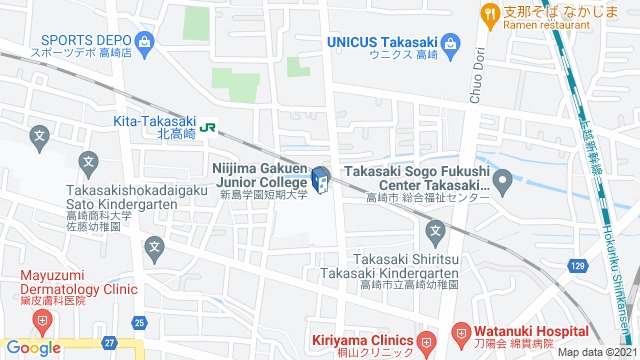