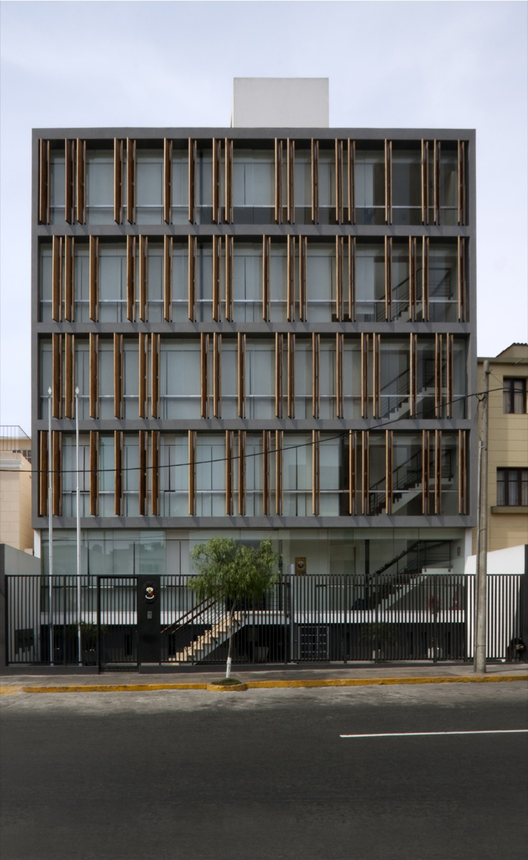 Text description provided by the architects. Located in the Miraflores neighborhood of Lima, the building hosts consular offices along with classrooms for a nearby school. The project emerges within its context, as the neighborhood is one of the central and traditional districts of the city of Lima, and is currently undergoing an intense densification process.

The offices are located on the upper floors overlooking the street, and a series of classrooms face towards the heart of the city block at the lower levels.

The building rises over a slight basement, using the recess from the street as an entrance patio. The consulate’s reception hall dominates this patio and a staircase exposes its paths to the outside. Upstairs, a four-level volume contains and shares spaces for both the consulate and the school. Inside, the building holds four classrooms on each floor, organized by a central patio and a bridge hallway, this connector ends in a stair that reaches the other classroom levels and the center of the block.

The main facade appears on the street as a kinetic mechanism that shifts in relation to the city in front of it. A vertical louver system integrates the diverse uses of each level, while protecting the interior from the afternoon light, and moderates the visual connections from the interior of the building. These wooden, vertical blinds are modulated with three degrees of frontal openness and organized according to the space they shelter. 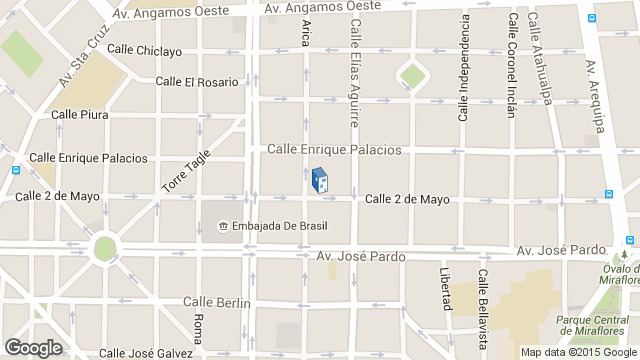