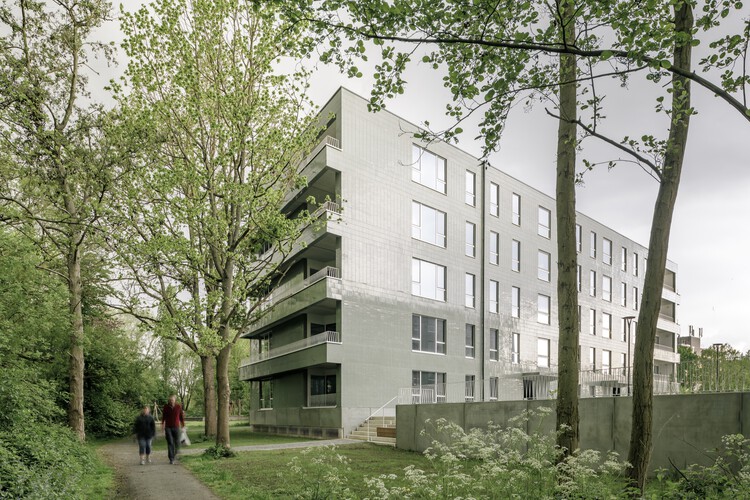 Text description provided by the architects. The 40 subsidized housings are divided over 2 oblong volumes that are oriented from the north to the south, resulting in an east-west orientation for the housings themselves.

The two buildings are separated from one another by a common inner square. All entrances open onto this central square. The gardens have a back entrance accessible via a garden alley.

There is an underground car park and a bicycle shed beneath the square and the volumes. The façades are covered with light green glazed ceramic tiles. The tile patterns are interrupted by glaucous concrete panels.

The alternation between the tile patterns and the concrete panels scales the buildings and generates varied dynamics to the façades. 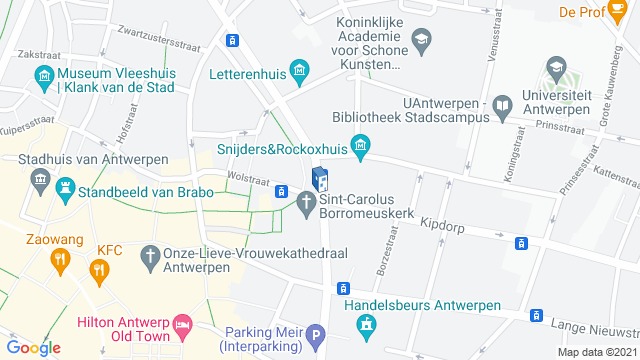