Save
Haasje Over Apartments / VMX Architects 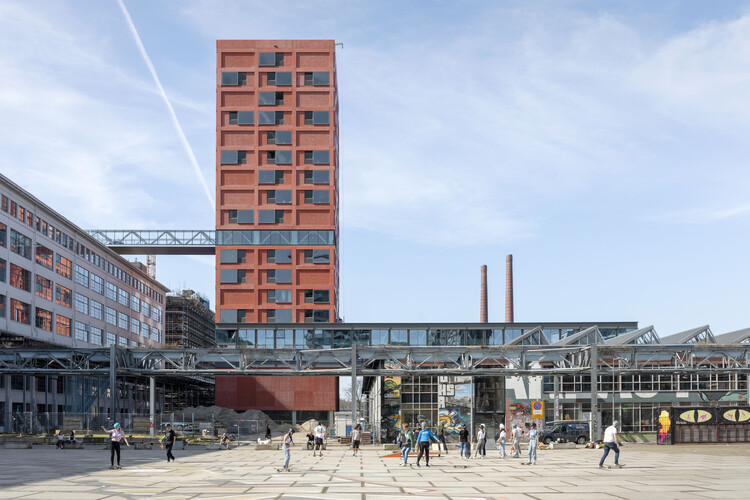 Text description provided by the architects. The former Philips area. The Strijp-S ensemble in Eindhoven was designed and built during the second machine age. The machine and the factory became predominant, resulting in a truly efficient and rational expression. The industrial logistics and technical principles of the Philips manufacturing process, inspired by Ford and Taylor, resulted in a collection of buildings with a very different look. An autonomous piece of the city with strictly organized and physically connected buildings. An urban system of streets and squares where long lines prevailed and functionality was sacred.

Connections. Today, the architectural and urban principles of Strijp-S still form a mental connection with this rich history. The physical connections between buildings however have faded throughout the years. Our project ‘Haasje Over’ re-introduces the physical relationship with its neighbors. Explicit and visual, as two arms that embrace the surroundings.

Two bridges. The main volume is a tower of 70 meters high which consists of 134 50m2 loft apartments. The lofts have a very spacious feel due to a floor-to-ceiling height of 4 meters and their large picture frame window. The first bridge of the building embraces an existing industrial hall that now functions as a skate-hall. Not only does the skate-hall express the architecture of former times, but it was also and still is programmatically very important for the transformation of Strijp-S. It ensures a vibrant and diverse urban area of a certain grittiness and coolness that belongs there. A character that is often removed from these areas when ‘the new’ comes. The bridge houses form a separate community of 48 maisonette- houses that are accessed from a collective courtyard hovering above the skate-hall.

The second arm is located halfway to the main tower and connects to an existing roof garden on top of the monumental ‘Anton-building’. This Philips monument has been transformed into housing, but the roof garden is rarely used. The bridge opens the roof garden for all the inhabitants of Haasje-over and creates an active connection for the communities of both buildings. Next to that the bridge itself is shaped in such a way that it is not just a connector but a place to use, meet and enjoy socially.

Extending your living space. The large windows are an extension of your living room, stressing the connection with the environment. You are not only at home in your house, but always part of the neighborhood. The picture frames are detailed flush with the outer layer of the facade to create a deep bay window; a place to sit and enjoy the view. Inside becomes outside.

Functionality in the facade. The bay windows are framed in a robust concrete grid facade built out of sandwich panels. The mass of the concrete is deliberately contrasting to the bridge over the skate-hall that is materialized in steel and glass. This makes both volumes stand out. The materialization of the bridge references the progressive attitude of the machine-age. Steel structures with large sheets of glass.

Strijp-S is no anymore autonomous and closed-off from the rest of the city, and its special character is still present. Haasje Over embraces that character and creates new connections. Open to its context, fostering a lively urban community. 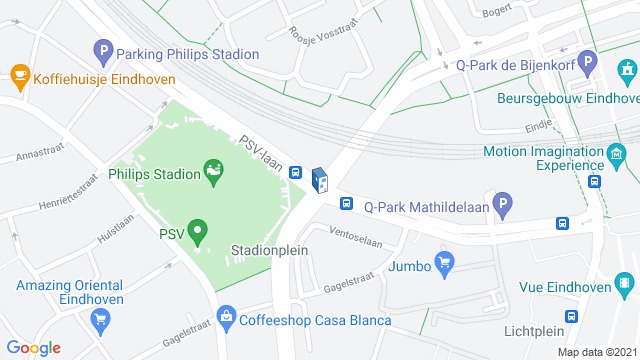 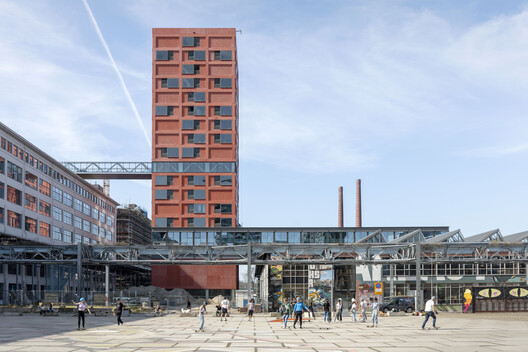