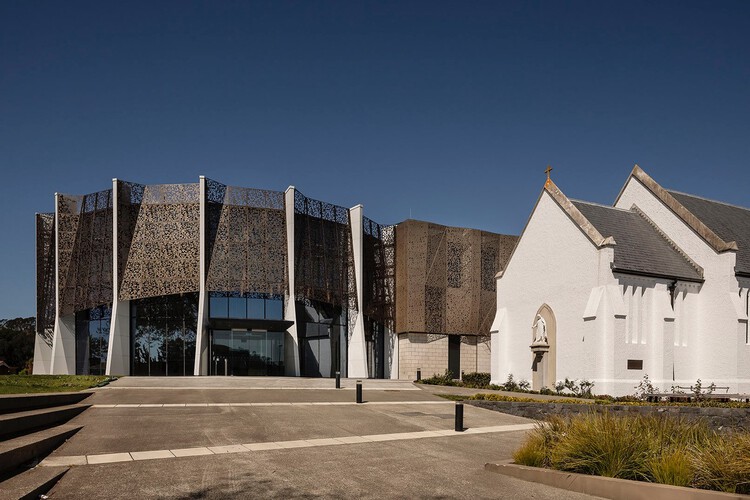 A home to the school’s award-winning music, drama and dance programmes, the building accommodates music practice rooms for soloists, ensembles, orchestras and choirs, and sprung-floor performance studios for drama and dance troupes. Acoustically-isolated recording and percussion studios are wired into the performance spaces to professionally capture and engineer the music produced. Dedicated workspaces for the staff and the school’s extensive music library enable central administration and harmonious departments.

Externally, the building is a deceptively simple 3 storey form of Jura limestone and cream brick, wrapped in a gently faceted ‘curtain’ of perforated aluminium lacework. This subtly undulating veil, shifting in tone and shade throughout the day, unifies the façade and filters the harsh western sun through an intricate woven leaf pattern. With an unimposing mass, subtle geometry and understated material palette, the western elevation defers to the splendid, yet modest Chapel of St Barnabas. The heritage-listed “Selwyn Gothic” sanctuary built in 1854 and transposed to the School campus in 1910, forms the physical heart of the school, and the moral core of its Anglican heritage. The chapel’s choral legacy is today embodied by its new neighbour.

The smooth cream brick wraps internally, where it is complemented with warm timber panelling, colourful upholstery and crisp white walls. A wedge of light carves the building in two, exposing cool shades of blue, and fashions a roof-lit atrium. This acts as the main circulation spine, provides class breakout and informal performance areas, and is the confluence of all the creative energy of the building. The atrium is flanked on one side by 15 music practice rooms, catering for one-on-one tuition and small group practice, while the other side houses the large practice spaces for all sizes of ensemble and dance sessions. With each windowed doorway offering glimpses at the activities within - inviting curiosity and ambition - every student can aspire to be in the band, the orchestra, the chorus.

Superlative building acoustics were essential to the performance of the building, with each specialist room individually ‘tuned’ to the activity inside, while ensuring minimal ‘breakout’ noise impact on neighbouring spaces. This is a problem that plagues many older school facilities, rendering adjacent activities unbearable. “The school’s Music & Drama departments were producing excellence in their standards of production and performance, but both were accommodated in facilities well below the Diocesan School standard in adaptively reused buildings,” says Craig Brown, Architect and Director of McIldowie Partners.

“The school was acutely aware of the existing and pending technical and physical limitations of the facilities. While the classrooms were not hindering education outcomes yet, the school identified that specialist spaces were required to continue delivering these subjects into the future. It also recognised the need for the integration of music and drama into the learning experience for students as a potential point of distinction for the school.”

The building is the latest stage in the School’s 15-year Masterplan, prepared by McIldowie Partners and Upton Architects in 2005. The Masterplan was conceived and implemented to ensure appropriate, sustainable, cohesive development of the campus over time. It was revisited in 2016, to ensure the framework accommodated the School’s evolving educational, physical and financial needs. The outcomes of the masterplan included a second multipurpose sports surface on the campus, with an underground carpark, and a whole-school assembly space to capture the culture and sense of community of the school. In addition to this, the masterplan had to foster ‘enabling projects’, which allowed the space and opportunity to stage and upgrade facilities for teaching and learning programmes.

Craig says, “Designing the five-stage masterplan was done in collaboration with the school staff and management team, who helped to generate a clear brief for each facility. They were critical stakeholders in the process, as they were the people who directly interfaced with the school buildings and students. The staff had an intimate understanding of what needed to improve”. The new Music & Drama school is being closely followed by a dynamic, 900 seat Performing Arts Centre, due for completion in 2020. The Music & Drama school will flow directly into the grand Arts Centre, reflecting the course of students’ efforts, through endless hours of practice, culminating in the zenith of their art.

The Architects’ relationship with the school dates back to 1984, when Graham Upton’s firm delivered a number of key buildings, before working on the first Masterplan in the early 1990’s. “The fundamental element of this plan was a simple organizing concept that proposed a green zone for sport and recreation, a central hub based around the School heritage buildings and a clearly defined “academic arc” of teaching buildings. This has informed development and siting of new facilities ever since, despite the inevitable changes in focus and priority that have occurred over 30 years”, Graham said.

Subsequently, the masterplan has supported delivery of an art & home science building, a boarding house, swimming pool, professional centre, major additions to the Science block, and numerous upgrades to the campus landscape. Since 2003, Upton has worked in association with Melbourne’s McIldowie Partners for all major projects on campus. As a new flagship facility, the combined Music & Drama School and forthcoming Performing Arts Centre are key components of Diocesan School’s future-focussed Masterplan, sustaining development of young, world-class musicians, actors and performers for decades to come. 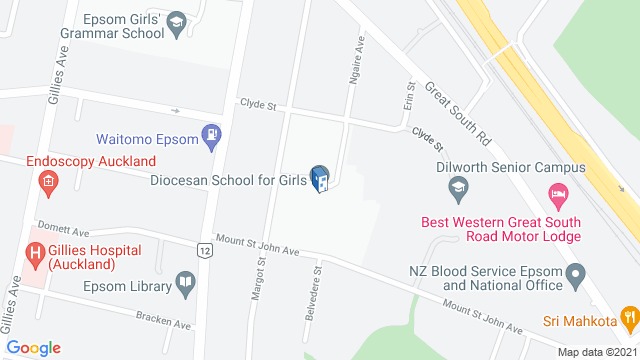 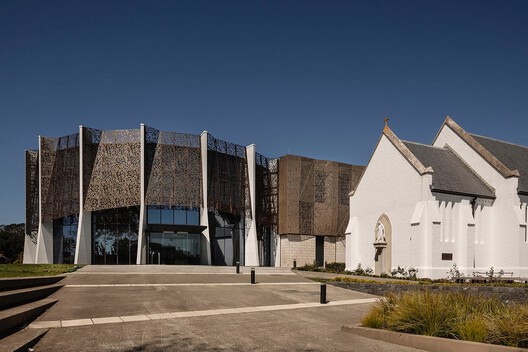