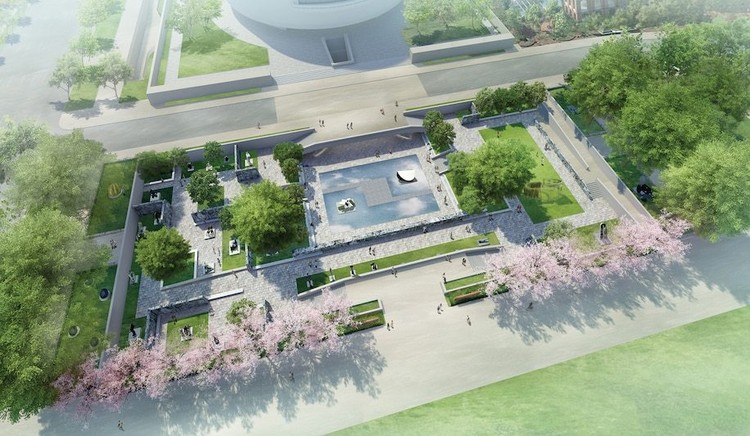 The plans were reviewed and revised in a series of eight public consultation meetings which addressed the museum’s mission, as well as the sculpture garden’s architectural legacy and landmark status. Initially, the Cultural Landscape Foundation placed the sculpture garden on its list of at-risk landscapes, stating that "the sunken garden at the Hirshhorn, like many landscapes, has a carrying capacity for change. However, any revitalization effort that sacrifices the clarity of the unified and holistic design must be deemed a failure, no matter its artistic ambition or programmatic utility."

The design reopens the underground tunnel which connects the 1.5 acre Sculpture Garden with the Hirshhorn’s 4 acre plaza and museum building, as a means of connecting the campus to the Mall itself. The revitalization will create 50% additional space to display Modernist sculptures in the east garden, as well as 70% increase in the number of native paintings in the garden, honoring landscape architect Lester Collins’ vision. With this strategy, the site will offer a 150% increase in shade and seating.

The entrance on the northside of the project will be expanded from 20 to 60 feet, widening the visual access into the Sculpture Garden and doubling the number of ramp entries. On the south side, the design will reopen the underground route that connects the Sculpture Garden to the Hirshhorn’s circular plaza and museum building.

Hirshhorn’s original architect, Gordon Bunshaft, took the same approach when he designed the museum half a century ago. Our vision for the Hirshhorn, the only national museum of modern art free and open to the public year-round, champions artists first and foremost. The art of our time is often immersive, interactive and ready to break free of walls, and we believe that a museum of the 21st century needs to be responsive to the art being made today. -- Melissa Chiu, Hirshhorn Director

Charles A. Birnbaum, president & CEO of The Cultural Landscape Foundation, stated that "The outcome today concerning the Hirshhorn Sculpture Garden redesign demonstrates that nationally significant works of landscape architecture, especially important Modernist designs in the nation’s capital, continue to be held to a different standard than building architecture by their stewards and regulatory agencies.” 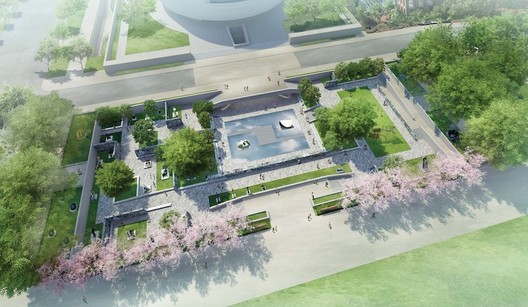