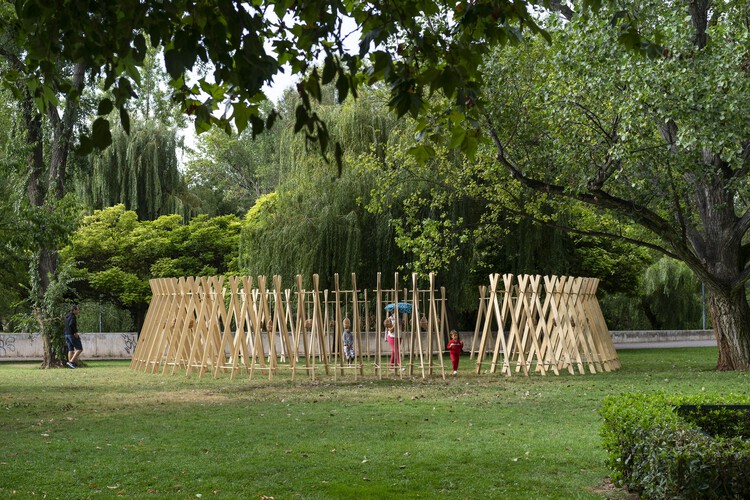 Text description provided by the architects. CIRCUM alludes to the primitive act of "enclosing" and thus "creating a place". In this way, in the elementary operation of differentiation between what is inside (system) and what is outside (environment), the limit is marked for the first time, thus constituting, with this elementary gesture, the first form of architecture. An operation that differentiates, but does not separate, establishing a porous communicative sphere, as if it were a cellular wall; constituting a primitive way of founding place and safeguarding the communicative acts that may arise between the inside and the outside of this urban microsystem.

The intention, then, is to open up the discussion about the indeterminacy of the enclosed space, which can contain innumerable acts, all of them arising from the communicative chance between the inside and the outside. CIRCUM, therefore, aims to be an allegory for the much-needed spatial "indeterminism", over and above the uncontainable desire to design everything. The aim is to generate a new dynamic scenario inside the Ebro Park in Logroño, with the purpose of transforming the public space of the park into an active social space, a scenario of encounters and exchanges, which in its ephemeral nature, generates new flows, corners of sociability and spontaneous appropriation. The main material used was wood, making use of 27 panels of Laudio Deco pine plywood by Garnica (250 x 125 cm), which are divided into pieces of 12.5 x 250 cm and 12.5 x 25 cm, so that the operation does not generate any unnecessary waste, thus taking advantage of the material in its one hundred percent capacity. Based on this cutting, a single module is configured, which, repeated successively, ends up giving body to CIRCUM, which works with the density of its own grouping. This module is resolved from the constructive honesty proposed by the material itself, exposing the physical mechanics that allow its construction: from the interweaving of the wood, which alludes to the vernacular stacking used in traditional drying, to the weight necessary for its foundations, which in this case is inverted, configuring an aerial foundation, which comes out of the ground to hang from the centre of gravity of the module itself.

The stones are in turn a direct link with the place, these are collected from the "cantorrales" of the area, places where they accumulate once the soil has been cleared for cultivation, they are weighed to obtain 40 stones of approximately 8 kilos that end up providing the necessary support for the installation. In this way, CIRCUM is resolved through the use of only three elementary materials: wood, rope and stone, dispensing with third joining elements. In this way, the wood is linked to each other by means of the interlocking; on the one hand, the rope forms a traction element for the module, and on the other hand, it is the linking piece for the incorporation of the stone into the installation. In this way, all the material used is an obvious allegory of the most primitive and elementary materials used in architecture. Finally, and in this way, the elementary architectural triad of structure-space-skin is resolved with a single essential and reversible operation, making CIRCUM a nomadic system, capable of reconfiguring and reconstructing itself in the different territories of its own. 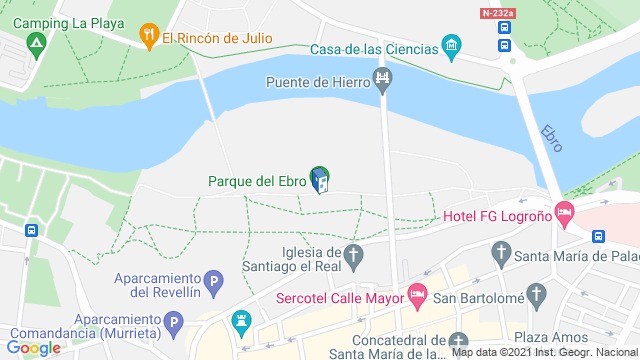