Text description provided by the architects. One hundred years after the arrival of the railroad to Santiago de Compostela, the trench that the extramural tracks occupied, continues to be an almost insurmountable barrier between the historic center and the neighborhoods that have emerged to the south. However, this border also had the positive effect of preserving the natural area of Las Brañas del Sar, a piece of priceless ecological value yet to be discovered by the citizens of Santiago, which in addition is the home of the Ciudad de la Cultura.

The new train station of the Santiago de Compostela Intermodal Complex will be built above the railways. It will constitute a building that is both a passenger terminal and an infrastructural element of urban connection by means of a pedestrian walkway that runs along its west side. This arrangement provides a lobby in direct relation with the platforms from a visual, functional, and structural point of view through a system of fingers that includes escalators, stairways, and high-capacity elevators.

Currently, the pedestrian footbridge has already been completed over the platforms to which the passenger building will be adhered to form the new bus-train-taxi-urban bus transport hub. The footbridge highlights the architectural vocation of this joint future: prefabricated concrete columns carry a deck on which the building is raised using light, translucent, dry-mounted construction systems. The zinc decks, the golden stretch metal enclosures, polycarbonate, and u-glass, as well as the green-colored metal structures, define a pragmatic whole that builds the character of the new transport hub. At its southern end, the Plaza de Clara Campoamor unfurls providing a generous public space as a democratic counterweight to the Plaza de la Estación to be built on the north side. 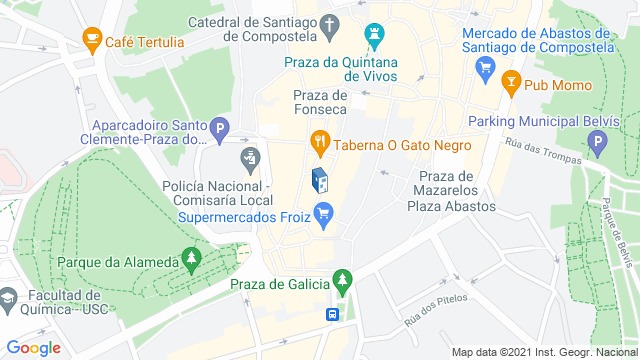