Sou Fujimoto Architects has unveiled its design for the Hida Takayama University, a new academic institute tucked in a small rural area of Japan. The project aims to revitalize the rural areas which are often overlooked, especially by academic institutes, and nurture the sense of community and appreciation of the rich culture provided by nature. The design features an organic-shaped structure inspired the surrounding landscape and a walkable roof. The university is set to open in 2024, and will be followed by 11 other regional learning centers across the country. 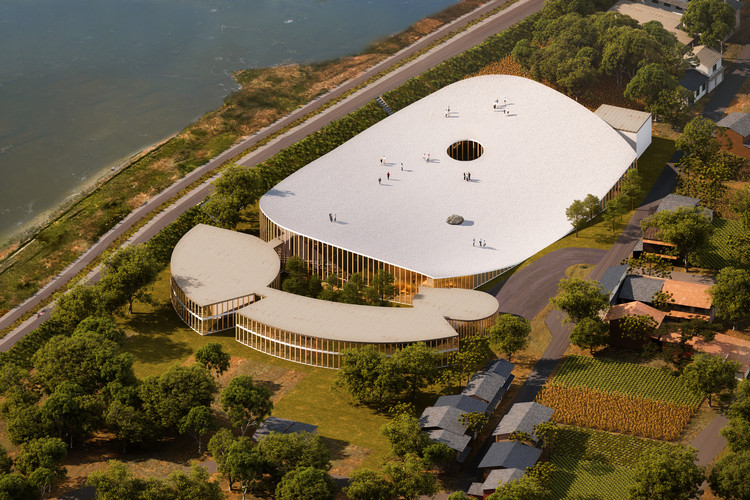 The design of the university follows the concept of being "open to beyond". Since nature is one of the main inspirations of the design, the university takes the form of two organic shaped structures with an open courtyard in between. The volumes are elevated on wooden pillars, creating a flow of circulation between exterior and interior, and allowing a flood of natural light in. The design also features a walkable roof that covers the entire main structure in a fluid-like form.

Surrounded by beautiful mountains, the entire city of Hida is one of the great learning plazas where people gather and talk. While rooted in the region, it will connect to the world at the same time. The vision itself of Hida Takayama University has already appeared in this city and terrain of Hida. Even in the campus plan, we have placed an open hill in the center so that you can experience such ‘wrapping’ and ‘opening beyond’. -- Sou Fujimoto

Sou Fujimoto's House of Hungarian Music is also taking shape within Budapest's City Park. With the structure and the design's distinctive roof completed, construction work is underway for the interior of the music hall. The project is nestled within the park's trees and features an extensive, horizontally uninterrupted glass volume topped by a perforated roof which allows natural light to penetrate all levels of the building. 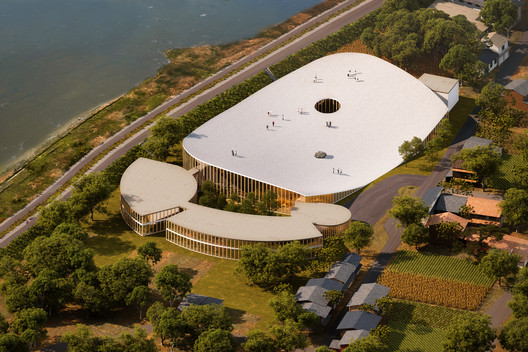