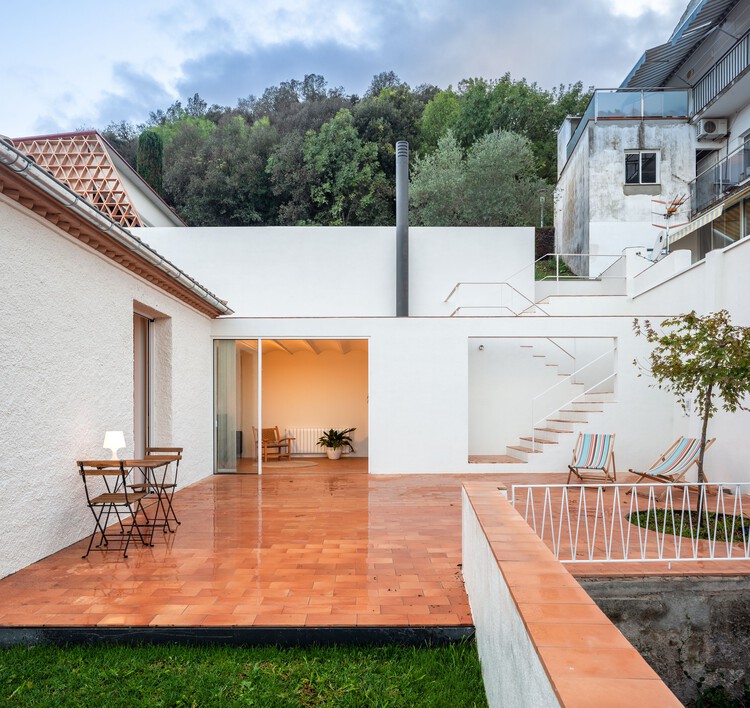 Text description provided by the architects. On the slope of a volcano upholstered with low-cost houses, we have an opportunity to reform one of the two unique samples of this peculiar typology: an isolated cottage standing on horizontal rectangular terrain. The project, besides reforming and extending the house, has to solve the relationship of the original plot with the one above it, acquired later by the same owner. The upper part has a garage and better access than the lower one.

Our proposal involves the replacement of the various coverings and add-ons built over time by a single element: an intermediate tier between the two plots. This grandstand, which encloses the extension surface and a cosy birch tree, also resolves the problem of integrating the two existing levels into a whole, both virtually due to its dimensional features and physically as rising tiers.

A regular consumer of the costumbrist theatre, the Grandstand House is just a piece of this social amphitheater of low-cost houses, where lions no longer scratch and walls have ears.