Save
Portal at the Stadtschloss / Helga Blocksdorf Architektur 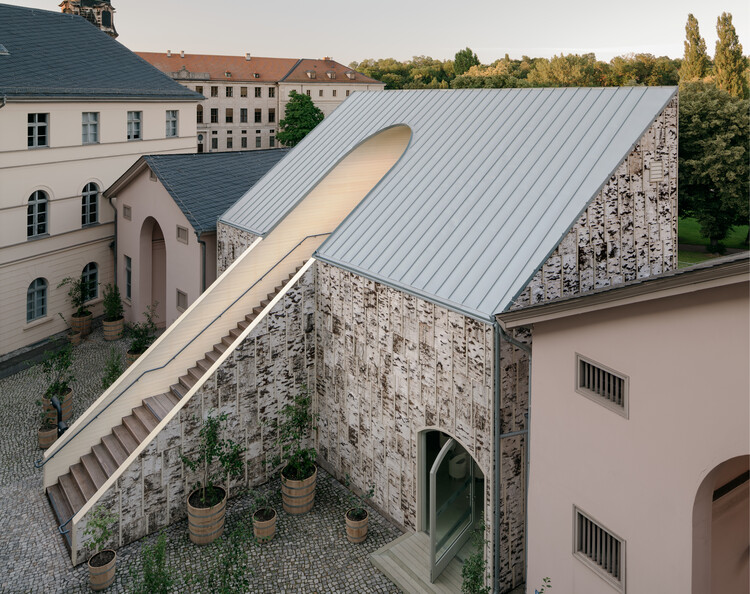 Text description provided by the architects. Read as “Set, Scenario, Situation” (1), the building site defined by Coudray’s wall with its two gatehouses, the Red Palace, the Yellow Palace, the study centre of the Duchess Anna Amalia Library, and the New Guard House extends an invitation to a guest performance behind, on and over the wall.

On close inspection, Coudray’s wall presents a bit of mystery, beginning with the series of five basket-handle arches – and another four in the direction of the New Guard House – set into the solid wall surfaces. What is especially curious is that the Ildefonso Fountain, which was built in Weimar in 1796 and then moved to its present spot by Clemens W. Coudray in 1824, does not stand symmetrically in front of these arches.

The mystery is part of the architectural history of the place: Originally, Clemens W. Coudray created five basket-handle arches both in the north and the south to furnish the simple wooden stables on the way to the palace with a stately air (2). The fifth of the northern arches, which lent the fountain its symmetric setting, was removed in 1911 to expand the New Guard House. The entire gatehouse was displaced to the side by one arch axis. Now the temporarily opened southern arch forms the entrance to the exhibition space.

This shifts the fountain back into the centre of focus and opens up a new dialogue between the classicistic wall and the exhibition pavilion. Upstairs visitors take in the elevated view directly above the historical figures of the fountain. In this way, the Erlebnisportal (Experience Portal) extends the picturesque elements of the classic- romantic landscaping of the park into the inner courtyard of the Weimar Stiftung and establishes a new sky- framed view into the park through the viewing arch.

The question of how to stage an experimental and innovative (3) showpiece in 2021 to represent the change in times in and around the Weimar Stadtschloss (City Palace) is answered by this temporary structure of 16- 18 cm cross-laminated timber with its light-hued shell of birch bark. The research that went into developing the design and the artisanal know-how of Thuringian building contractors are both evident in how they met the challenge of making visible use of birch bark, a historical building material, on the facade. The light colouration places a clearly defined temporal layer in front of the dark grey wall of the Red Palace.

The two- dimensional bark cladding creates a simple and powerful volume, whose actual lightness only becomes apparent inside. As a guest at this location – one that can be dismantled and reassembled in a modular fashion – the birch bark cladding references the Bark House in the Ilmpark, which was erected under the direction of Johann Wolfgang von Goethe on 9 July 1778 for the duration of a single theatrical performance. The association invites the viewer to think about the ephemeral aspects of building and the possible time frames of certain installations.

Over the coming weather cycles, the experimental use (4) of the birch bark facade cladding will be evaluated through a wood-moisture and interior humidity monitoring programme with TU Braunschweig (Prof. Mike Sieder, Institute of Building Construction and Timber Structures and Prof. Elisabeth Endres, Institute for Building Services and Energy Design, Prof. Helga Blocksdorf, Institute of Building Construction). This will establish a comparison throughout the year between computer modelled, simulated and actually measured values, allowing for the future integration of “birch bark on timber” construction, with no additional component layers, into the framework of valid norms – as it is simultaneously being tested. The aim of the investigation into the response of the bark is to expand the diversity of structures in which regional and renewable resources are used; the individual research goals are: 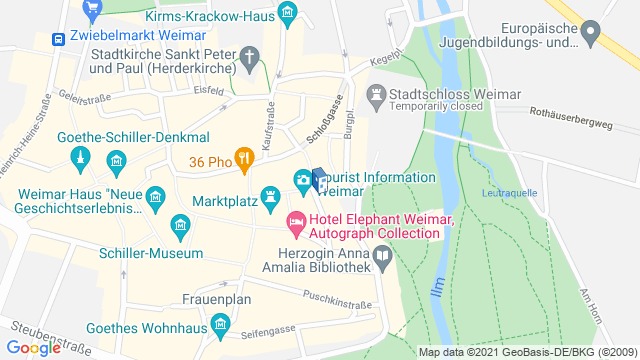 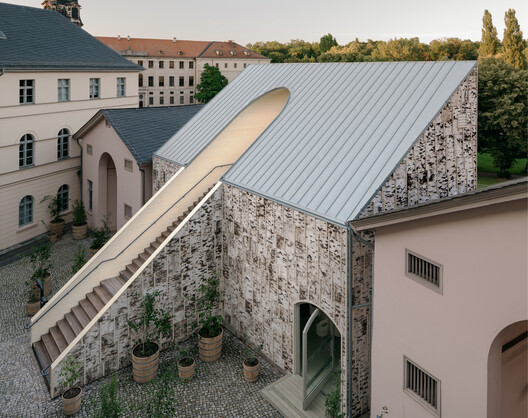