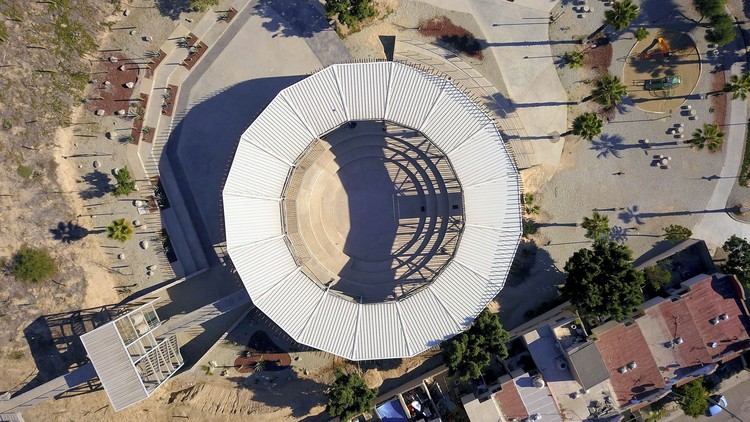 Text description provided by the architects. At the beginning of 2019 and through the Urban Improvement Program, SEDATU in collaboration with the Faculty of Architecture UNAM called for groups of academics and practitioners to develop public facilities in locations with a high degree of urban and social backwardness, in border regions of the northern part of the country. As part of the projects of this call and solved with a limited budget and schedule, the proposal was developed for a Cultural and Sports Center located on an underutilized site in Colonia Santa Fe II, in Tijuana, Baja California.

The main building is tucked to the north within the site to achieve a series of green spaces and small squares of flexible use, which rise and follow the natural slope of the land. The central component, the cultural center, is resolved through a circular element that houses the covered architectural project: on the first-floor services, administration, and nursing, and on the upper floor flexible use spaces for workshops, conferences, meetings, and classes.

The heart of the building is developed as an open-air forum that allows a multiplicity of appropriations, conceptually the circular shape of the building represents a continuous element, without borders or limits, opposing the border condition present in the reality of Tijuana. The building is covered on the upper floor by a double skin of rusted tubes that alternate to reduce the incidence of sunlight and the passage of wind. On its interior façade, a series of metal frames covered with canvas are proposed, which are removable and allow the intervention of urban artists. Providing a large canvas with a strong presence that dignifies contemporary urban expressions. 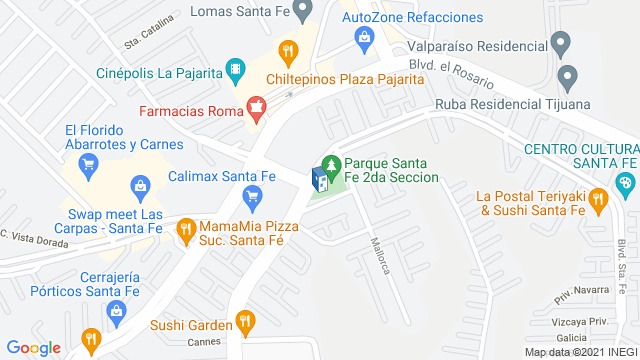