From my very first attempt at photographing architecture in December 1995 I realized that I wanted both building and landscape to narrate a common story and form an inseparable whole. There are two key processes at work when I photograph architecture as a component of its surrounding landscape: one directed inwards and one directed outwards, and they take place simultaneously.

During the first process, the landscape is interpreted through the building, which acts like a lens, reflecting, refracting, revealing, uniting and separating. At the same time - during the second process - the building is interpreted as part of the landscape and is given meaning via its context. In both cases I am trying to communicate a continuous experience as opposed to a static visual statement.

As my involvement in architectural photography deepened and especially after my major publication titled In Extremis, Columbia University Press, NYC, 2010, I naturally started to question the scope of my work: what was it that I was striving towards? Certainly it was not documentation, in my professional years as an archaeological photographer I have had to engage in scientific documentation and the thought process behind it is completely different i.e. systematic, objective and comprehensive.

Since my very first photographic output as a landscape photographer I have been looking for the larger picture: one where all the elements of the composition are in relation to each other and architecture is part of the landscape. This also implies that every photograph has to work as a self-contained story communicating this relation and the transitions it entails, as well as a personal narrative re-creating imaginary childhood geographies. Therefore, the opening question that I ask myself in the beginning of every session is: what story is unraveled here? I use the landscape as a medium to talk about architecture and vice versa. 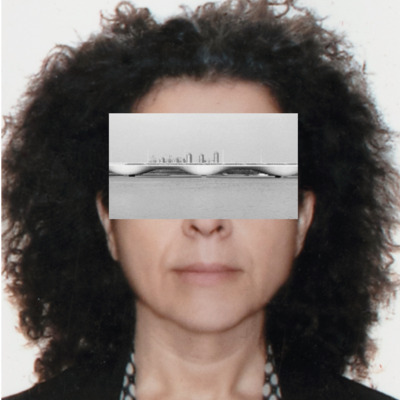